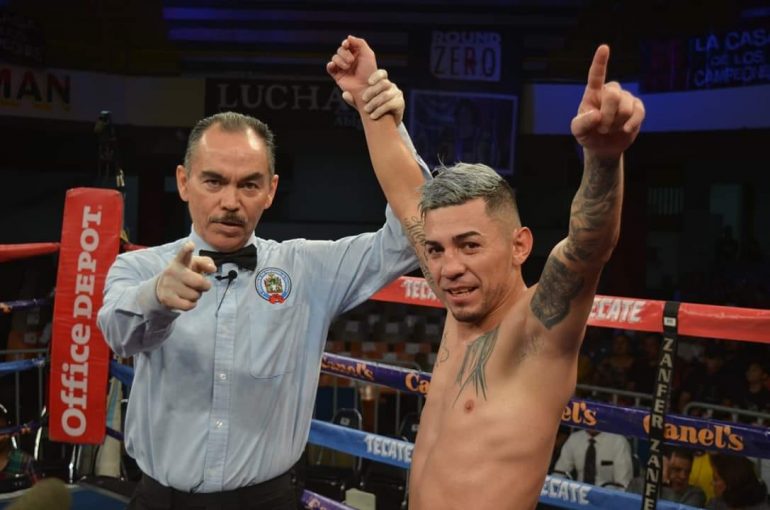 A crossroads bout between a former world title challenger and a journeyman who has turned his career around in recent months will headline Friday night’s ‘Boxeo Telemundo’ telecast.

Juan Alejo will face Armando Torres in a 10-round flyweight bout at the Auditorio Blackberry in Mexico City (Telemundo, 11:35 p.m. ET/ PT).

At Thursday’s weigh-in, both fighters weighed in at the flyweight limit of 112 pounds.

Alejo (25-6-1, 14 knockouts), who resides in Guadalupe, Mexico, defeated Irvin Ortiz by unanimous decision in his last bout on September 7 in nearby Monterrey. The victory came about 10 months after Alejo was stopped by Jonathan Gonzalez in a back-and-forth clash.

The 36-year-old fought for a vacant world title belt in December 2017, losing by knockout in round 10 to Angel Acosta of Puerto Rico. In his other attempt at a world title belt, Alejo lost to then-WBO junior flyweight titleholder Donnie Nietes of the Philippines by unanimous decision in October 2015.

While Alejo has won only once in his last four bouts, the hard-hitting Torres has notched impressive victories as of late.

Torres (25-18, 19 KOs), who resides in the Mexico City area, scored the biggest win of his career in his last bout on October 11, knocking out former world titleholder Ganigan Lopez in the opening round. The 39-year-old has won his last four bouts after dropping his previous six.

A lot is on the line for both fighters as the winner would reap the rewards of another payday or a significant fight on a bigger platform.

“I think it will be a good fight,” promoter Tuto Zabala told The Ring earlier this week. “Torres is a fighter with a lot of experience. He hits hard and he’s demonstrated that even though he has a lot of losses. He has won three fights on ‘Boxeo Telemundo’ and is coming off a knockout victory over Ganigan Lopez. He knocked him out early, which few fighters have done. He’s very motivated. He would like an opportunity for a world title fight.”

“Alejo also knows he is in the same situation. He knows he has to win this fight so he could have an opportunity as well. Flyweight is a weight class where there are a lot of opportunities. I think it’s an even fight.”

Miguel Angel Luna (5-4, 4 KOs) and Sergio Mejia (3-3-1), both of whom also reside in Mexico City, will fight in an eight-round junior flyweight bout.

In featherweight action, Miguel Angel Perez (5-0-1, 4 KOs) will square off against Rogelio Perez Marquez (3-6) in a six-round bout.