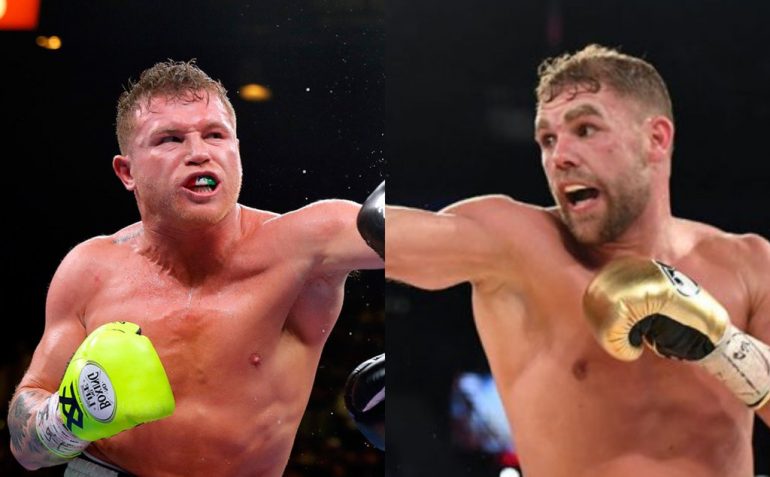 Canelo vs. Saunders in May?
05
Mar
by Michael Montero

An official announcement is expected by the end of the week.

Alvarez has faced a British super middleweight once before. In late 2018 the Mexican superstar dropped Rocky Fielding four times before scoring a TKO 3 win. A year before that he pitched a shutout over countryman Julio Cesar Chavez Jr in a 164.5-pound catch weight bout. Saunders made his official 168-pound debut last May when he won a vacant world title over the unheralded Shefat Isufi in England, then successfully defended the belt against Marcelo Esteban Coceres in November.

Saunders will have a height and reach advantage against Alvarez, but will also be making a massive leap in opposition at the same time. For Mexico’s favorite redhead, it will be his first time facing a slick southpaw since Cuban Erislandy Lara gave him a tough fight in 2014. However, under the guidance of trainer Eddy Reynoso, Canelo has displayed marked improvement in recent years and figures to bode much better against Saunders.

Should he be successful on May 2, a much anticipated third bout with Golovkin is likely for September. After that, a possible trip to Japan to face 2012 Olympic gold medalist Ryota Murata could be next.