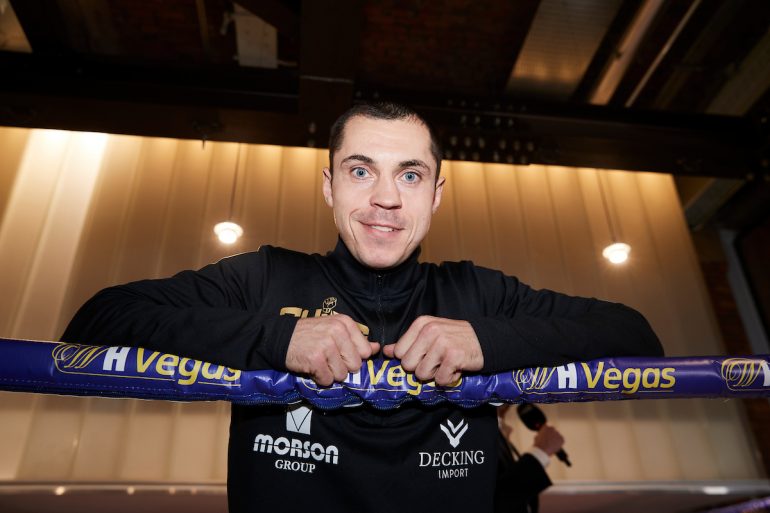 In February 2017 it was announced that the British boxer-puncher had split from long-time coach Joe Gallagher. That news came as a shock, as did Quigg’s audacious decision to relocate some 5,000 miles away in Los Angeles and train under the tutelage of Freddie Roach at the Wildcard.

Quigg (35-2-2, 16 knockouts) went 3-1 with Roach but only displayed flashes of his old form. He dropped a 12-round unanimous decision to then-WBO featherweight belt holder Oscar Valdez in a non-title bout (Quigg came in overweight) and posted wins over Viorel Simion (UD 12), Oleg Yefilovych (TKO 6) and Mario Briones (TKO 2).

And then, suddenly, nothing.

The Briones fight took place in October 2018 and Quigg hasn’t fought since. A recurring injury to his left arm cost him two fights in 2019 and forced him into his longest period of inactivity (17 months).

Now fully healed, Quigg promises that a rejuvenated version of himself will be ready for Irishman Jono Carroll when he pair collide in a 12-round junior lightweight bout at the Manchester Arena in Manchester, England this Saturday.

Back at the old arena for the first time in over three years and back with his old trainer. In an interesting subplot, Quigg was unable to secure a visa that would allow him to train in the U.S. for this fight. In need of help, the Bury man reached out to Gallagher, who was only too happy to step in.

“It was an easy transition to make,” Quigg told The Ring on Wednesday. “This fight was offered and I wanted it, so I picked up the phone to Joe and we talked about linking back up. He said yeah, I was delighted, and as soon as I got back in the gym it was like I’d never left.

“It’s been a really good camp. Obviously I get on great with all the lads, and me and Joe know each other well. It’s been a good change being back there and I really have enjoyed it.” 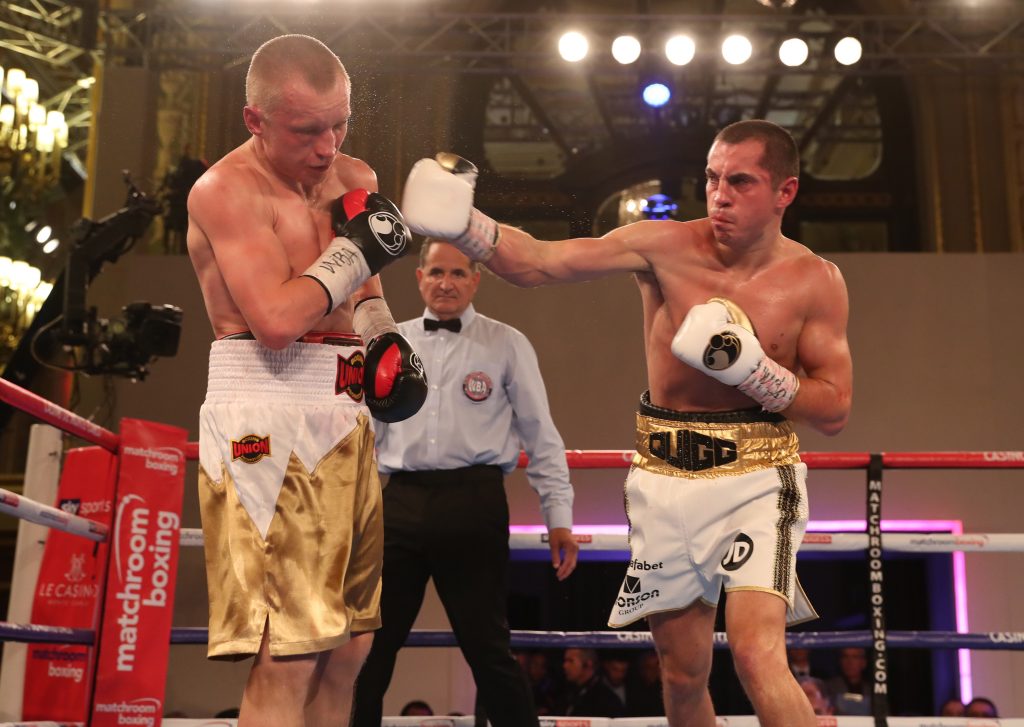 Quigg wanted to make it clear that the return to Gallagher is “not a one-fight deal.” The former titleholder insists that should his performance match what’s been showing up in training camp, then more glory nights lie ahead for the pair.

Is Quigg coming back too quickly? Would a tune-up fight have suited him better? The former titleholder doesn’t think so. Carroll (17-1-1, 3 KOs) is what he wants, and outside of the ring the pair could scarcely be more different. The former world title challenger from Dublin is as stormy as Quigg is serene and the inevitable clash of personalities has already produced a war of words.

“I think it was after I’d knocked (Kiko) Martinez out (July 2015), he was asking me for pictures and seemed like a decent lad,” said Quigg, who rarely engages in pre-fight hype.

“Later my name was floating around as a potential opponent for Tevin Farmer and he started mouthing off and talking a load of shite. To be honest, though, it’s irrelevant because I’ve seen it all before. He can say he’s doing it for this or that, but he’s just a gobshite. I respect him as a fighter, he’s dedicated and puts the work in, but I don’t know him as a person. I can only go on what I see and nine times out of 10 he acts like a tit.”

The 31-year-old Quigg has a significant edge in power and has been around the top level for many years. Carroll, 27, gave all he had in a 12-round unanimous decision loss to Farmer last March, but many felt he was fortunate to get a draw against Frenchman Guillaume Frenois three months earlier. With that said, he’s more of a handful than his low knockout ratio suggests and Quigg will need to find his timing and accuracy in a hurry.

“My experience and the way I fight [will prove decisive],” offered Quigg firmly. “People can watch from the outside, but when you’re in there with me it’s totally different. They find out the hard way when they’re in there.

“This is a must-win fight, every fight is a must-win fight for me right now. But I want to become world champion and if I didn’t think that I could become world champion again, or that there were no more big nights left in me, then I wouldn’t carry on boxing. I don’t need to box for financial reasons, I still box because I love it. I still wake up every morning and I want to train. I have the same enthusiasm that I’ve always had. I believe that there are two or three big night left in me.”

Quigg vs. Carroll plus undercard action will be broadcast live on DAZN in the U.S. and Sky Sports in the U.K.