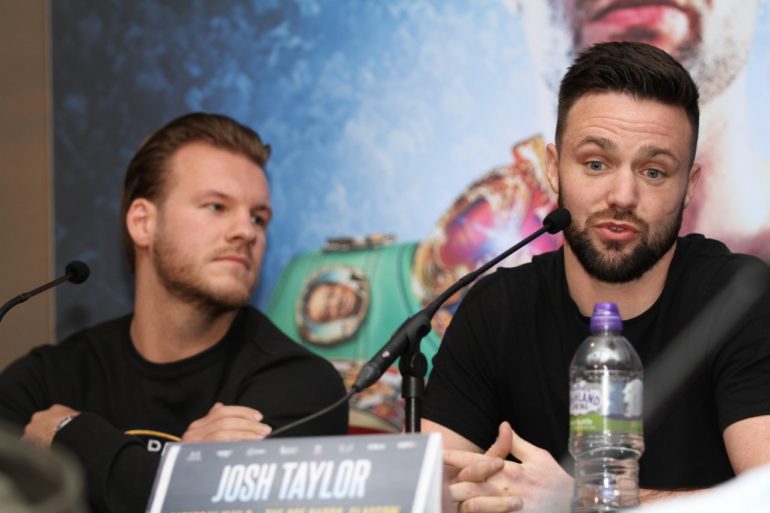 So much has changed for him.

From the very beginning of his professional career Josh Taylor was hunting the biggest game available. The quick-fisted Scotsman was Commonwealth champion in his seventh fight. He broke into The Ring Magazine rankings following his 10th fight. He was a world titleholder by his 15th fight. He became the unified titleholder in his 16th fight.

In recent years, Taylor, The Ring Magazine junior welterweight champion, as well as the IBF and WBA titleholder, has been taking names and kicking ass. He’s fought the best, with his last four opponents carrying a combined record of 94-1. Three consecutive victories over unbeaten foes Ryan Martin, Ivan Baranchyk and Regis Prograis saw him win the final of the World Boxing Series and emerge as one of the hottest fighters in the sport.

Now Taylor is the hunted one.

The first opponent looking to snare the classy Scottish southpaw is IBF mandatory challenger Apinun Khongsong. The unbeaten 23-year-old from Thailand must travel almost 6,000 miles to the hostile confines of the SSE Hydro in Glasgow for his first world title opportunity on May 2. However, despite being a prohibitive favorite, the home fighter promises that he won’t be taking anything for granted.

“My mindset is the same, if not stronger,” Taylor (16-0, 12 knockouts) told The Ring at Wednesday’s press conference at the Hilton Grosvenor in Glasgow. “I’ve got the target on my back, so the hard work begins now. When I was coming up and wanted to be champion, I was saying, ‘I want fight him because he has the titles and the belts.’

“It’s up to me to keep doing what I’ve been doing, and I’ve set new goals. I want to unify this division and win a world title at a second weight. If I lose on May 2nd it throws all they plans and ambitions up in the air, so it’s easy to get up in the morning and train because I still have the hunger and desire.” 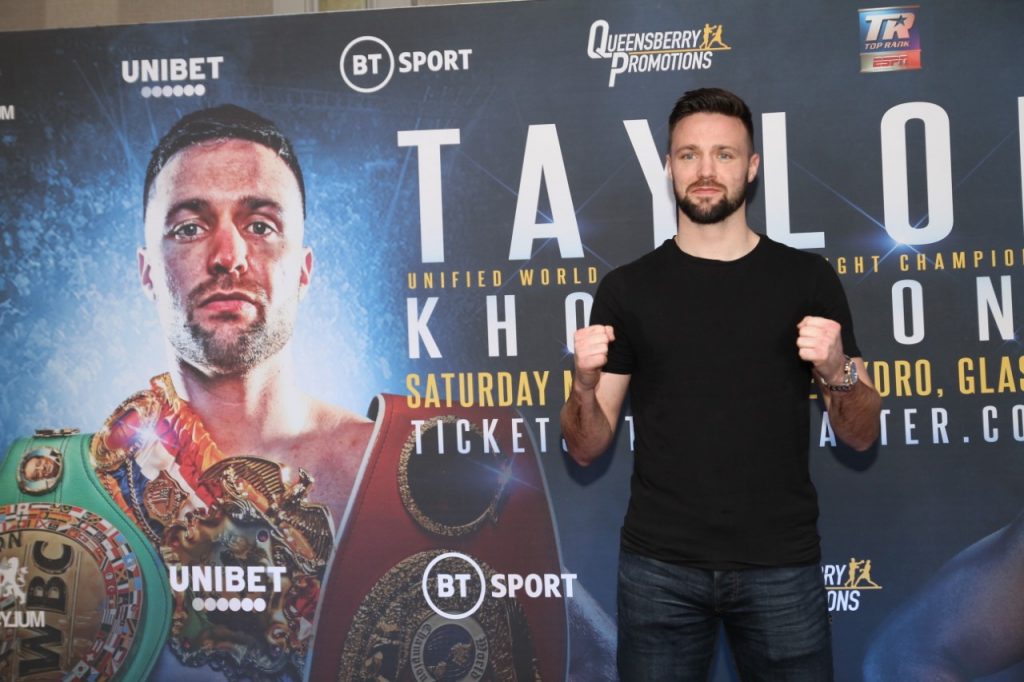 As well as his new-found status as a fighter, Taylor has made every conceivable change imaginable to his team. Top Rank has replaced Cyclone Promotions, MTK has replaced Barry McGuigan and, more recently, it was confirmed that former Ring Magazine Trainer of the Year nominee (2018) Ben Davison has replaced Shane McGuigan as head coach.

“Josh is a phenomenal fighter, but he’s also a great lad and that’s important to me because of the way I work – 24/7,” said Davison, who has previously trained Tyson Fury and currently works with WBO super middleweight titleholder Billy Joe Saunders. “For me to put in that dedication, I have to have that connection and I had that with Josh.

“In terms of the boxing, we have to make Josh’s strengths super-strengths and his weaknesses strengths. For example, Billy Joe is a right-handed southpaw and his jab is just phenomenal. If you look at the connect rate on his jab, it’s much higher that Josh’s. But if you look at Josh’s stats up-close, they’re phenomenal compared to Billy Joe’s. We’re talking about two of the best southpaws in the world, but their strengths are in different areas. I’ll be working on those areas, but just for them to be in the gym together means they’ll both benefit from each other.”

At 5-foot-10, Khongsong (16-0, 13 KOs) matches Taylor for height and natural size, but he doesn’t have the experience, the talent or the speed of the defending champion. What he does have, however, is crushing power in both fists, so Taylor will probably be best served defusing the challenger’s bombs with finesse and skill.

“You never know,” countered Taylor quickly. “I’ll go out and have a look at him in the first couple of rounds and see what he has to offer. I’ll adapt on the job, but I always have a rough idea of how I want to box guys and fight guys. If things aren’t going the way you planned, then you’ve got to change it.

“I really believe that it’s going to take a special fighter [to beat me]. If he catches me on the chin then it’s a lucky shot but I don’t see that happening at all.”

Davison doesn’t see that happening either, but his respect for the challenger remained visceral. The Manchester-based coach even went as far as to say that Khongsong will become “the next big thing” out of Thailand, emulating the likes of Srisaket Sor Rungvisai as a major force at world level.

“I think he’s a very good fighter and a dangerous opponent,” said Davison. “There’s not much to see of him [on YouTube], so people will underestimate his ability, but he’s a born fighter from that part of the world and he won’t be overawed.