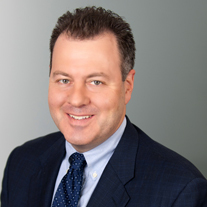 His guest on this episode is a litigation partner at Olshan Frome Wolosky and a longtime writer and editor at Boxingtalk.com – Scott Shaffer. They analyzed the Wilder-Fury rematch in depth including “costume-gate.” They also discussed the loaded boxing card headlined by Mikey Garcia-Jesse Vargas which featured a great victory by Roman “Chocolatito” Gonzalez over Khal Yafai as well as a dynamite flyweight tussle between rising star Julio Cesar Martinez and the very game Jay Harris.

Additionally, they got into the proposed sale of Top Rank, the upcoming boxing schedule and the effect the coronavirus has had on the boxing community.

On the Wilder-Fury rematch:
I think in terms of capturing the public’s interest and the interest and attention of the casual fans, I think this fight was an unqualified success. I mean the buzz, even after the fight, has been really strong. People seem to have an interest in talking about this and what comes next. My understanding and what seems most logical to me to explain the high buzz and yet the relatively low (PPV) numbers is I think that in the constant battle between the pirates and the anti-pirates, the pirates may have pushed ahead on this one and it may have been a higher than normal piracy rate on this show. That’s what I think.

The conventional wisdom going in was that Wilder only had to be perfect for three seconds. And what were the odds of Fury being able to get up from a knockdown like he did in the first fight? But, in retrospect, I think it really was a historical performance. I mean, to see a 6-foot-9 273-pound boxer box like that with that kind of mobility and skill, I mean, that’s probably unprecedented in history. Back in our childhoods, the only 6-foot-9 boxers were guys like “Too Tall” Jones. I mean this was almost off the charts in terms of Fury’s ability to box for a man his size. For me, the feeling watching the fight was that it most reminded me of the first Tyson-Holyfield fight.

You know, you were kind of, on the one hand, waiting for Wilder to just land a big bomb the way we were waiting for Tyson to land a big bomb. When you think about Wilder’s legs weren’t right – that really hurt his ability to land that big punch. But, certainly, Fury took it to the bully and that’s not an easy thing to do. You need big cajones to plan that and then actually do it. And then he did it. So, you know, all glory to Tyson Fury.

On Mikey Garcia-Jesse Vargas:
It was really interesting when you think about the scoring because I did score it for Garcia. I had it 116-111. But I was quite surprised when I saw the punch stat numbers afterward. Garcia only landed eight more punches than Vargas. For those of you who haven’t seen the fight, Vargas did really well early. I gave him three of the first four rounds.

And that’s why I have it 116-111, instead of 115-112. But you know, to me the interesting thing is Vargas came back late when Garcia either got tired and took his foot off the gas and Vargas worked his way back into the fight. For me, the interesting thing was Vargas’ face was a mess and his legs were very unsteady. Neither one of those – clean face and unsteady legs – are criteria for judges to score a fight. But, it’s hard, when each guy lands two punches or even if Vargas lands three and Garcia lands two, but Vargas’ legs are unsteady and he wobbles a little bit, it’s really hard to give him those rounds. And I think that to me that was (the difference).

On the proposed sale of Top Rank:
My understanding is that with Top Rank, Bob Arum is not only the figurehead of the company, he’s a part-owner, not a full owner. And my understanding, just for your listeners, is that Bob, who’s in his upper eighties now and is talking about selling his interest in the company. So, his stepson (Todd DuBoef) is not going to be selling his interest in the company. So, it’s essentially a stock transaction. And I think the idea is to sell it to a company that can bring something to the table that Top Rank doesn’t have. The ideal buyer would have some kind of a new platform or have some kind of a combination of being able to combine their skillset with Top Rank’s skillset. They’d be simpatico with Top Rank and make the whole pie bigger.

[Arum’s] trying to create a bidding war and he’s 88 years old. Look, the UFC went for what, $4 billion a couple years ago, and nobody is saying this is going to surpass UFC. They’re saying it’s going to be the biggest transaction since the UFC.

On the effect the coronavirus has had on boxing:
[The Olympic Games] are at risk. Donald Trump seems to think this will go away when the weather gets warm. I hope he’s right (but) I don’t think he’s right. As we were talking before we went on the air, I know (heavyweight contender) Zhang Zhilei is in China right now and would like to come out and get a big fight in the heavyweight division. He’s a former Olympic silver medalist and he’s kind of stuck right now. We don’t like it when world events intrude on the world of boxing. This one might.