Zach Parker: ‘I’m expecting the best of Rohan Murdock but it’s nothing that I can’t deal with’ 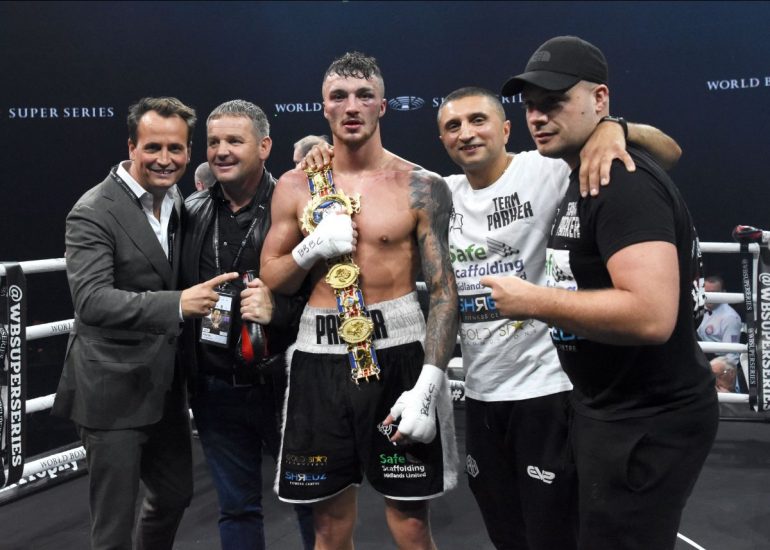 Former British super middleweight champion Zach Parker steps up to world level when he meets Rohan Murdock in a WBO 168-pound title eliminator on the undercard of Scott Quigg-Jono Carroll at the Manchester Arena, Manchester on Saturday.

Parker (18-0, 12 knockouts) is excited to have his big opportunity and eager to make the most of it.

“It’s gonna be a good fight,” Parker told The Ring. “The [WBO] No. 1 and No. 2 going at it to see who can come out on top and hopefully challenge for the world title.

“I’ve only looked at a couple of clips of him. He comes forward and has a good work rate. I’m expecting the best of him but it’s nothing that I can’t deal with. He’s going to come with his A-game. I don’t watch too much of the opponent because every fight is different. I’m ready for anything.

“It’s going to be a really good fight for the fans. It’s my time to step up and get on the world scene.”

The 25-year-old Parker won the vacant British title against Daryll Williams in an all-action display in November 2018. That triumph was set to catapult his career onto the next stage, but a shoulder injury sustained during the Williams fight curtailed those plans.

“I had to have two keyhole surgeries to make it mend,” Parker explained. “It took five months of physio. Because of that I couldn’t win the belt outright or even defend it. But we’re in a good place now with this fight.

“You have to be patient in boxing. We’ve only had one fight after the British title (win) but I’ve been highly ranked by all the governing bodies.

Parker, who comes from a fighting family, has trained since before Christmas at Errol Johnson’s gym, sparring with former two-time world title challenger Giovanni De Carolis among others.

“I’ve been smashing training, doing some good sparring and I’m 100-percent ready now,” Parker said. “I was meant to fight on the Josh Taylor [vs. Regis Prograis] undercard, but we decided not to because I didn’t want to get injured or cut. This [fight] was meant to happen in January but it didn’t for whatever reason.”

“I’ve come under the radar a little bit with my career. People see me as at British level, but they haven’t seen the best of Zach Parker. I’m looking forward to showing everyone in Manchester and on Sky Sports [what I can do].”

Murdock (24-1, 17 KOs) turned professional in 2010. He rebounded from a loss in his third fight and has posted wins over former world titleholder Manny Siaca, unbeaten contender Damian Bonelli and experienced campaigner Pablo Nievas. He has been inactive since December 2018.

The bout will be streamed live by DAZN in the U.S. and Sky Sports in the U.K.