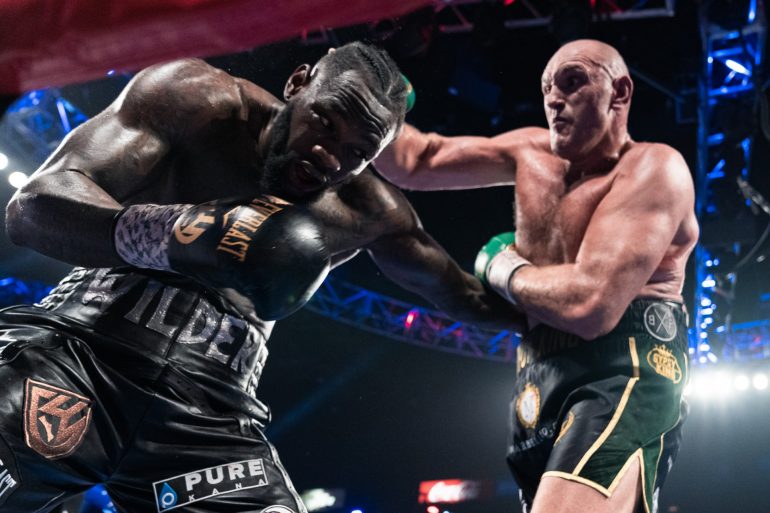 The trilogy bout is expected to take place July 18 at the MGM Grand Garden Arena in Las Vegas, the same venue that hosted the second meeting on Feb. 22. ESPN was first to report the story.

In a much-anticipated sequel, Fury (30-1, 21 knockouts), 31, of the United Kingdom, the “Gypsy King,” claimed Wilder’s WBC title after flooring Wilder twice — in the third round with a right hand behind the ear and with a left hook to the body in the fifth round — and stopped him in the seventh round when Wilder assistant trainer Mark Breland, the 1984 U.S. Olympic welterweight gold medalist, threw in the towel as Fury was teeing off on Wilder, who was standing against the ropes and not firing back.

Wilder and Fury first met in December 2018 at Staples Center in Los Angeles where they fought to a heavily-disputed draw that a majority of ringside observers felt Fury had won, despite suffering two knockdowns.

Wilder (42-1-1, 41 KOs), of Tuscaloosa, Ala., vowed to regain the heavyweight title in an emotional social media post last week. The 34-year-old had blamed his poor performance on the 45-pound costume that he wore to honor Black History Month during his rink walk.

“Hello my people, my Bomb Squad army, my Bomb Squad nation, to all my loved ones around the world. I just want to let you know I am here. Your king is here and we ain’t going nowhere, for the war has just begun. I will rise again. I am strong. I am a king, you can’t take my pride. I am a warrior. I am a king that will never give up. I’m a king that will fight to the death,” Wilder said on social media.

Wilder was initially allocated 25 days from the conclusion of the second fight to formally notify Top Rank and Fury of his decision.