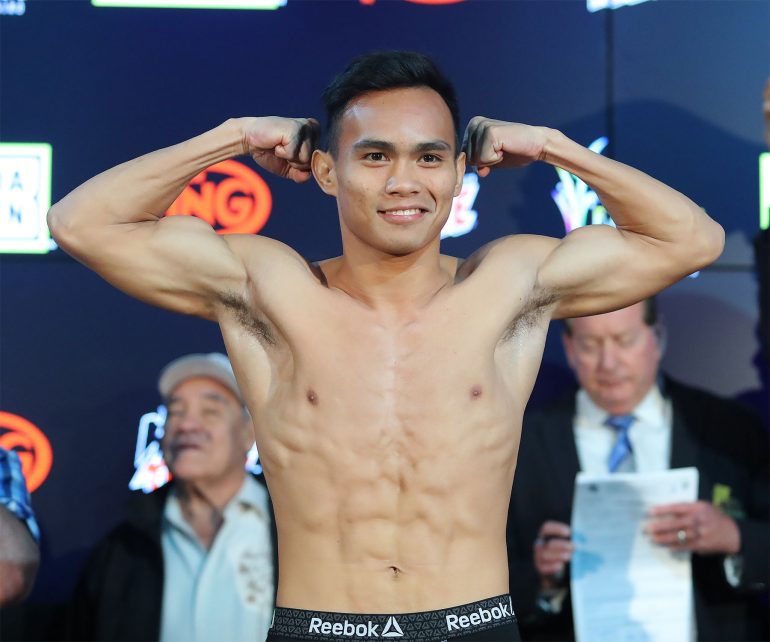 Romero Duno is back to his winning ways.

The hard-hitting 135-pounder knocked out journeyman Angelito Merin in the first round of a main event at Lagao Gymnasium in General Santos City, Philippines.

In November, Duno (22-2, 17 knockouts), who is a native of the Philippines and trains in Los Angeles, was on the receiving end of a first-round knockout in November when rising lightweight prospect Ryan Garcia turned the lights out with a right hand.

But on Saturday, Duno was doing the damage. He connected with a short right hand to Merin’s ear, and he stumbled slowly to the canvas, holding his glove over his right eye. He never really attempted to get up and was counted out by the referee.

After suffering a 10th-round knockout at the hands of Kazuto Ioka last June, Palicte (26-4-1, 22 KOs), also of the Philippines, dropped a one-sided unanimous decision to journeyman Renz Rosia (16-9-1, 8 KOs) before defeating Francisco.

Palicte, 29, did not have to break a sweat, as he battered his lesser opponent around the ring, flooring Francisco with a jab. Francisco rose before the count of 10, but Palicte roughed him up along the ropes with a sustained body attack just moments later.

At the end of the round, Francisco walked back to his corner and fell against the ropes, and failed to come out for the second round, giving Palicte the TKO win.