‘Chocolatito’ Gonzalez once again a champion, knocks out Kal Yafai in 9 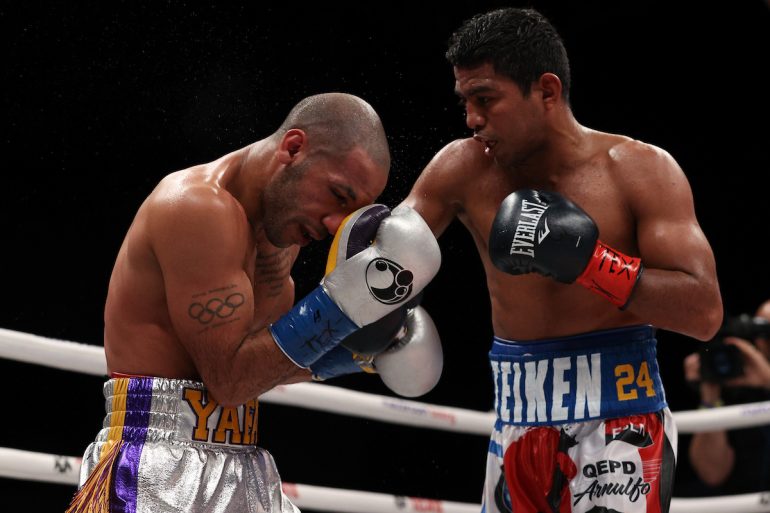 Will Chocolatito score a bigger win in 2021 than he did in 2020? Photo by Ed Mulholland/Matchroom Boxing USA
29
Feb
by Francisco Salazar

FRISCO, Texas – ‘Chocolatito’ is back.

Two and a half years after suffering a vicious knockout loss that many thought ended his career, Roman Gonzalez is once again in possession of a world title belt, breaking down Khalid Yafai of England and knocking him out in round 9 to win the WBA junior bantamweight title.

Gonzalez, who resides in Managua, Nicaragua, improves to 49-2 (41 knockouts).

Gonzalez had been The Ring’s pound-for-pound champion before facing Srisaket Sor Rungivisai in March 2017, losing a close decision which many thought he did enough to win. Gonzalez would face Sor Rungivisai again six months later, but was brutally knocked out by the Thai fighter.

The 32-year-old, who has won world title belts in four weight classes, took about a year off from the ring, which included time to recovered from surgery on his knee.

Return of the Legend. ? pic.twitter.com/FBx9OYcCou

“I did have thoughts of retiring after the (second) loss,” said Gonzalez, adding that it was his children who convinced him to return. “I placed my faith in God though.”

From the opening bell, both fighters stood in the pocket and traded punches, but Gonzalez began focusing on the body of Yafai, digging left hooks to the body. A series of combinations by Gonzalez landed on Yafai to end round 2.

Gonzalez began connecting with more regularity in round 3, throwing and landing a variety of punches, including uppercuts to the head and more punches to the body. Yafai continued to stay in the pocket and trade with Gonzalez, but would get punished for it by Gonzalez.

About a minute into round 6, Gonzalez suffered a cut along his right eye from an accidental clash of heads. Even as blood trickled down Gonzalez’s face, a left hook to the body momentarily shook Yafai near the end of the round, but he was able to make it out of the round. 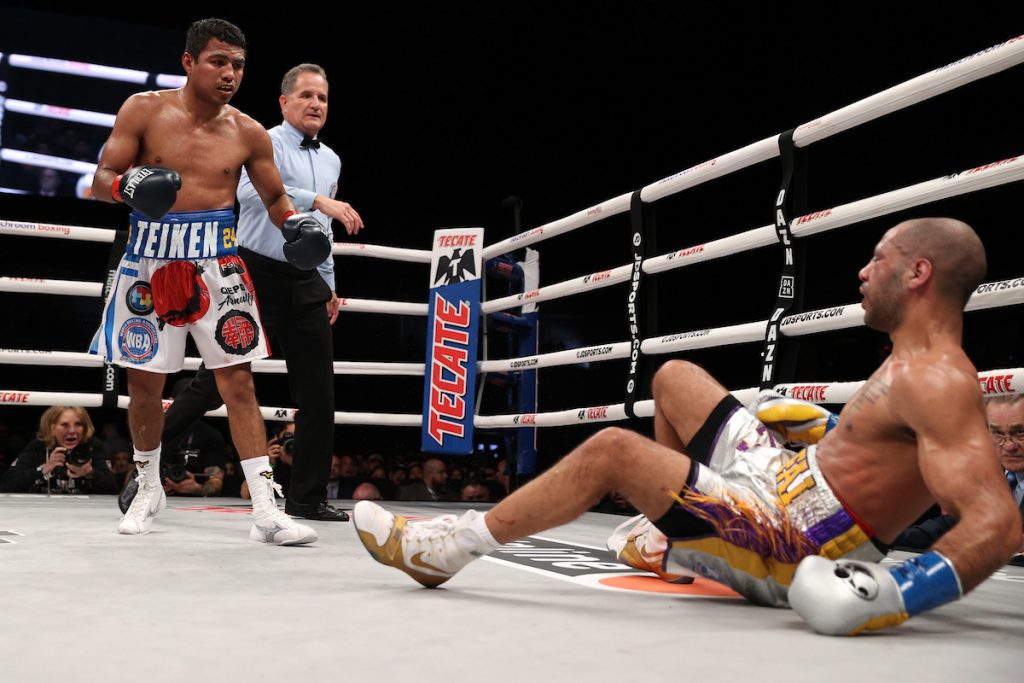 Yafai’s punch output began to decrease entering the second half of the fight. Gonzalez continued to batter Yafai, especially during the final moments of round 7. Sensing Yafai had little left to offer, Gonzalez pressed the action, closing the distance between the two, landing several combinations onto Yafai. The tactic worked as a barrage of punches dropped Yafai in a corner near the end of round 8. Yafai beat the count and made it out of the round.

The end came moments into round 9 as Gonzalez unloaded a right hand to the head, dropping Yafai flat onto his back. Referee Luis Pabon began to administer an eight-count, but immediately waved the fight off at 29 seconds.

“God blessed me with world title belt,” said Gonzalez after the fight. “I was surprised Yafai wanted to fight on the inside, but I was prepared for what he brought to the ring. I thank God for blessing me with a great team around me, including Mr. Akihito Honda and Eddie Hearn.”

Asked what his plans are for later this year, Gonzalez is open to fighting anyone at 115 pounds.

“I would like to unify the world titles. That is my dream.”