Jay Harris on challenging Julio Cesar Martinez: ‘Timing is everything’ 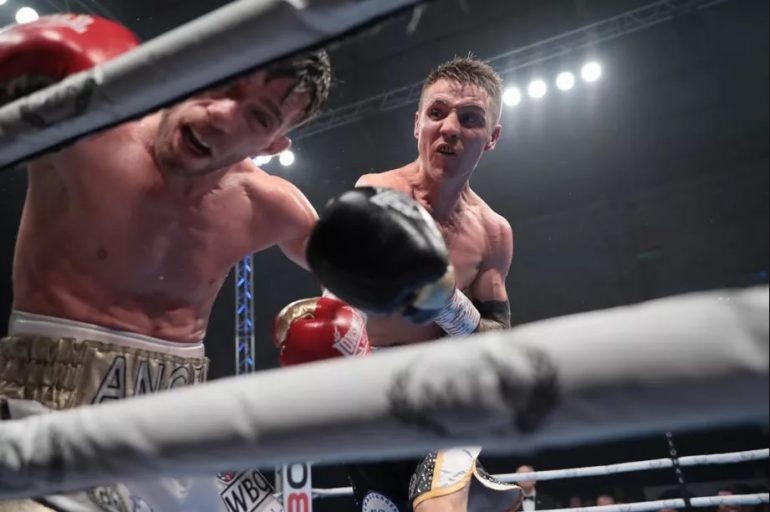 Welsh flyweight contender Jay Harris will make an ambitious attempt to unseat WBC beltholder Julio Cesar Martinez on the undercard of Mikey Garcia-Jessie Vargas at The Ford Center at The Star in Frisco, Texas, on Saturday.

Harris (17-0, 9 knockouts), who works a day job at Amazon as a forklift driver, knows victory would be life changing.

“It’s absolutely huge,” Harris admitted to The Ring. “When the call happened, it was a no-brainer. It’s a world title; it’s what I’ve been aiming for all my life and if I win it, it could potentially change my life forever.

“I could maybe quit my job and be a full-time athlete and hopefully get a full-time sponsor on board so I don’t have to worry about going to work or anything like that. Winning the WBC title could potentially change everything for me and my family.”

However the 29-year-old, who is a 6-1 (+600) underdog, appreciates the size of the task at hand against the formidable Mexican but is quietly confident he can cause the upset.

“I’ve seen his last three fights,” Harris, the WBC’s No. 5-ranked flyweight said. “[Martinez] is a very strong fighter; he can hit. He wouldn’t be world champion if he wasn’t good.

“I don’t want to give too much away. He does a lot of things wrong. His footwork isn’t that good; he’s very static. I don’t want to fight his fight. I don’t want to mix it up with him as the others did. [Andrew] Selby boxed his head off for five rounds until he got caught by that body shot.

“I think a lot of his fights I’ve seen, he tends to go to the body, similar to myself. I’ve stopped the majority of my opponents through body shots. I think this is going to be a clash of styles but if I get my game plan right, I come home WBC world champion.”

Martinez lost his debut to Joaquin Cruz in 2015. To his credit, he rebounded to win the rematch and beat former beltholder Edgar Sosa (UD 8) and sturdy veteran Martin Tecuapetla (TKO 4) on his way up.

Last year was a breakout year for the 25-year-old. “El Rey” knocked out Harris’ countryman Andrew Selby (KO 5) and looked on course to beat Charlie Edwards before an infraction on the part of Martinez saw the bout end in controversial fashion. He wouldn’t be denied and impressively won the vacant title stopping teak-tough Cristofer Rosales in nine rounds back in December.

Harris also came into his own in 2019 and feels it was a defining year in his career.

“I was going about my business,” he explained. “It was quite hard; the struggles were there, not many fights happening. I won the Commonwealth title [against Thomas Essomba in February 2017] and it didn’t kick on.

“I thought I might go on to British honors or defend [my title] but it went stale. I went on a few small hall shows with Richie Garner and Mo Prior. They helped me out massively and MTK came knocking and within a space of a year, they changed everything. They said they’d deliver titles and fair does they did. They got me a European title and then they got me [a big fight against] Paddy Barnes.” 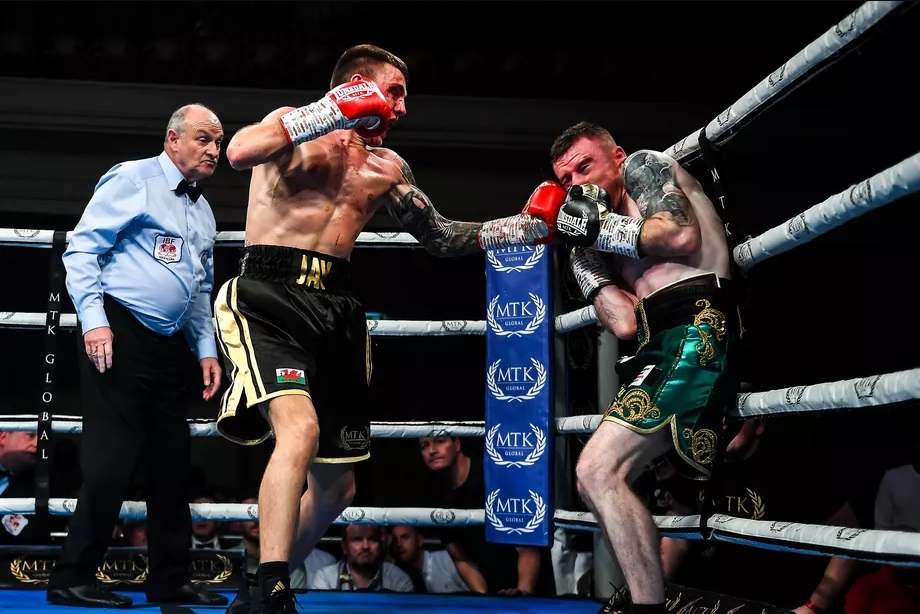 Harris was only too happy to go to Ireland and risk his world ranking against Barnes last October and believes going into the lion’s den has helped prepare him for his world title challenge.

“Yeah, 100 percent,” he agreed. “Paddy Barnes has done three Olympic Games. He’s fought for a world title. We knew a lot was going to be on the line.

“Paddy Barnes is a big name in boxing. I knew my back was against the wall. With the bookies, I was favorite. In my head, I was thinking it’s in his backyard. He’s Irish; he’s the golden boy. Maybe it’ll sway his way so I had to put out a good performance and, lucky enough, I put up one of my best. After I beat him, I thought, I’ve beaten two world title challengers, so why not [fight for a world title myself]?

“It just feels like all the hard times have come to this and they say timing is everything. So far the timing has been perfect. I just believe I can win it. I’ve sparred [WBA junior bantamweight titlist] Kal Yafai, [WBA flyweight beltholder] Artem Dalakian, [former IBF bantamweight titlist] Lee Haskins and I’ve held my own with every single one of them.

“My baby has been announced and now this – this could be the perfect year for myself and that gives me the belief I can win this fight for my family and to come home and show my two daughters I’ve won a world title. That’s my motivation for this fight.”

His trainer Gary Lockett, who challenged for the middleweight title in 2008, is keen for his fighter to test the recently-minted champion.

“Great opportunity for Jay, one that is well-deserved,” said Lockett “He’s done things the hard way from the start and there’s nobody more deserving. It’s a tough fight. We know how good Martinez is but he’s not unbeatable. It’s not the challenge I had when I fought for the WBC title. I fought Kelly Pavlik; it’s not that hard.

“This kid does things wrong; his feet are all over the place. Technically he’s not great but having said that, I’m not saying he’s a bad fighter. What he does he does very well, good puncher, looks tough, typical Mexican. Jay’s got as good a chance as anyone.

“I don’t think anyone has had the intelligence to stand and box an intelligent fight. They’ve either backed off or ran away, I think that’s all wrong. We’re preparing ourselves for a very, very tough fight. We’re going there to win, not just make up the numbers.”