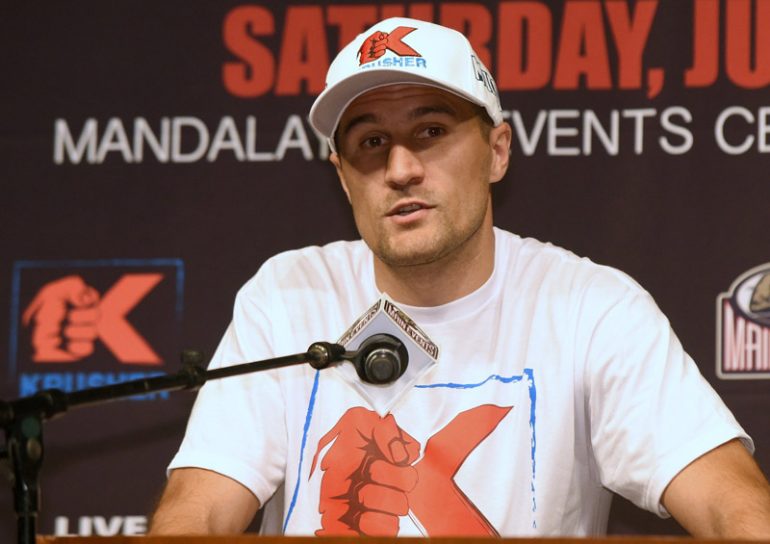 Sergey Kovalev is in trouble with the law again.

Kovalev, 34, a Russia native who trains in Los Angeles, was pulled over by the California Highway Patrol at around 2 a.m.

During the stop, the trooper observed signs that Kovalev was intoxicated and arrested him for DUI. He was taken to a nearby police station, booked and later released around 7:35 a.m.

The troubled boxer is also due in court on April 8 for a pre-trial hearing in relation to a felony assault case stemming from an incident where he allegedly beat a woman in 2018.

Kovalev is accused of punching Jamie Frontz, who claimed the fighter became agitated when she rejected his sexual advances and physically assaulted her.

The former unified titleholder pleaded not guilty but could spend up to four years behind bars if convicted.

Those are not his only brushes with the law. Kovalev, who last fought on November 2 when he suffered an 11th-round knockout loss to Canelo Alvarez, was thrown off a flight last July after he kissed a female passenger and threw money at her, which left the woman in tears.