He won’t come back from the bogus draw to Deontay Wilder in December 2018.

He doesn’t have knockout power.

The new Ring Magazine heavyweight champion and WBC titleholder Tyson Fury continues to beat the hell out of adversity with the same ruthless efficiency he exhibited against Deontay Wilder at the MGM Grand in Las Vegas on Saturday.

If you happen to be a Fury detractor, then it’s probably best that you keep quiet for a week or two because that was one of the finest performances by a heavyweight in many years. The unbeaten Englishman’s adaptability proved to be crucial in this hotly anticipated glamour division blockbuster and he was dazzling. No longer would Fury drift on the outside and snap out the jab to bank rounds with ring generalship. No longer would “The Gypsy King” battle cautiously and look for a points triumph. Here, suddenly, was a modern-day heavyweight taking the offensive and backing up a lethal power-puncher accustomed to switching off opponents with one punch. Fury’s jab was effective, the right hand hurtful, the body attack damaging and Wilder, who hit the canvas twice during the bout, was exhausted and beaten when his corner mercifully threw in the towel at 1:39 of Round 7.

From the opening bell, Fury took away Wilder’s time and distance by advancing. The Alabama star frequently intimidates the opposition with the mere threat of his punching power, and fighters are reticent to close distance because there’s every possibility that they’ll wake up staring at the arc lights. Fury, however, is too well-rounded and too experienced to be fazed by one weapon. The secret has been out on Wilder for years, but it was always going to take a great fighter to expose him. Tyson Fury is a great fighter and, if we’re being honest, he’s bested Wilder twice now. 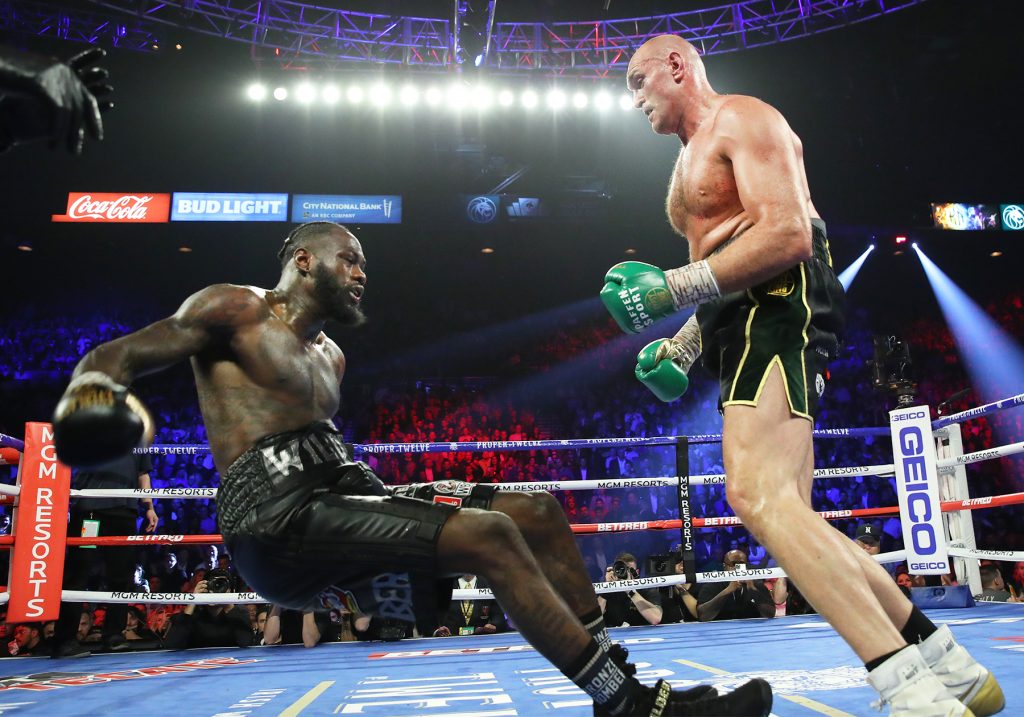 Wilder was coming in to do what he’s always done: find the range, get into position and release a supersonic right hand to a vulnerable spot. Fury, however, is a master at taking away a fighter’s signature moves. He all but disabled Klitschko by taking away the Ukrainian legend’s vaunted left jab, and Wilder without the big right in this fight was as useless as screen doors on a submarine. “The Bronze Bomber” is a hell of a puncher, and he’ll still starch the majority of the division, but he’s limited and needs to add to his arsenal – fast.

Fury-Wilder 3? We don’t need that in the short-term because this was an absolute drubbing.

Fans must now lobby for a Fury-Joshua matchup. Two British behemoths going at it for the undisputed championship is the type of mega event that makes this sport better than any other. Forget streaming giants. Forget ego. Forget splits. Forget options. Forget location. I personally don’t care if these two get together in a super-sized igloo in Antarctica and wear fur coats. Just get the 10oz gloves on and get in the ring.

Let’s learn from our mistakes and forget about the marinating rubbish. Let’s have this one – RAW!