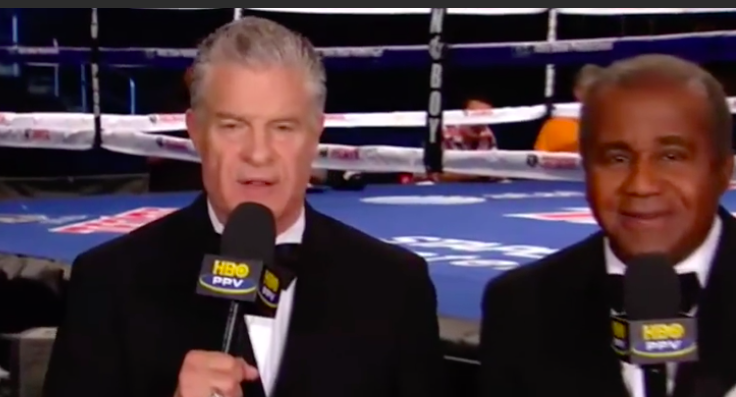 The attaboys were dispensed just about across the board, after Tyson Fury did the job against Deontay Wilder at the MGM in Las Vegas on Saturday evening/Sunday morning.

Most of us armchair Dundees were thinking it was folly to come in beefier in the rematch, when the dude wasn’t exactly svelte for the first encounter.

Well, can we agree that svelteness is overrated, and that Tyson Fury truly exists as a role model for America, where more than 1/3 of adults are on-paper obese.

Fury isn’t obese, and really, the dude can weight whatever the hell he wants, and I will not make a peep about it, because heavy or really heavy, he is an ace ring general. 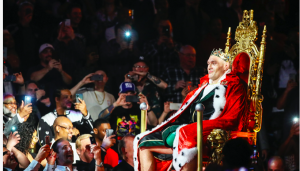 We should say “ring king” instead of “ring general,” yes? (Picture by Mikey Williams for Top Rank)

Yes, the 31 year old Brit Traveller deserves ample props and he deserves to be able to parade his triumph for a lengthy spell. He gave all their money’s worth on Saturday, and once again, taught me (will I truly learn this time?) that more often than I think unconventional wisdom is sound.

In NC, someone else was watching, taking in the spectacle, marveling at the ring mastery, and seeing his mind drift to one dearly departed colleague. Ex HBO fight caller Jim Lampley is now a professor at The University of North Carolina at Chapel Hill and, but of course, extra popular around times such as this week, during the leadup to this mega fight.

“What a show,” the UNC grad (1971-BA, English) Lampley told me after seeing Fury give Wilder the business, using a revamped body and game plan to severely discombobulate the Alabama man. “Javan (SugarHill) is now a training star. Brilliant plan brilliantly executed.”

And, he continued, “Somewhere, Emanuel is whooping with joy. Gives me goose-bumps. He always told me, ‘Tyson Fury WILL stand alone.’ He knew what we didn’t know.”