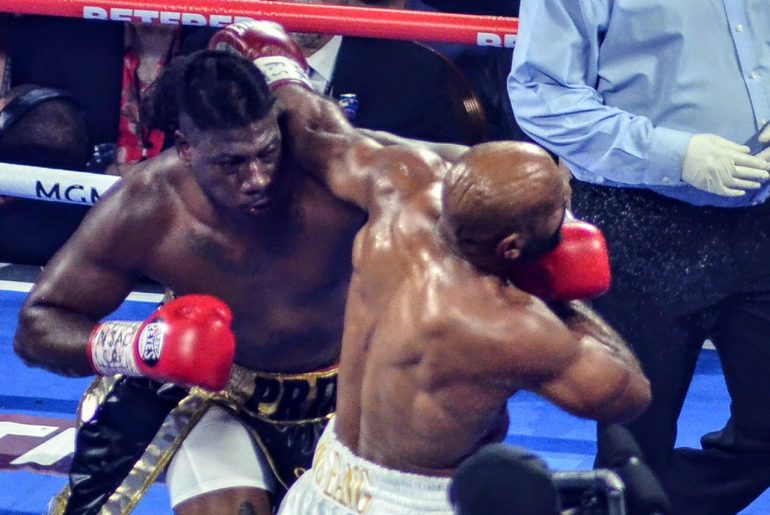 LAS VEGAS — Heavyweight southpaw Charles Martin may be a little soft in the middle, but he is aggressive, and he is explosive.

“I knew that I had him hurt a few times in the fight,” Martin said. “Every round I think I hurt him, but I just couldn’t finish him. I knew that I had to take my time in there. It took me some rounds to catch up with him, because he’s very quick on the retreat.

IT'S OVER! ? Charles Martin KO's Gerald Washington in Round 6!

“This win means a lot. It shows that I’ve been working hard. The people can see it. I was never hurt at any point. This has just given me more confidence in myself. I can take the punches and give the punches.”

In first round, Martin had Washington backing up and in some trouble. He applied good pressure. In the third, Martin closed again, but this time, Washington backed him off.

By the fifth, both fighters seemed to have settled.

But after four, it was easy to see Martin as the aggressor.

In the sixth, Washington tapped Martin with a right to the face, though the shot had little on it. It was about the only offering he had to give.

In a blink, Martin had plowed a looping left to Washington’s jaw and he went down in a heap.

Once referee Tony Weeks saw Washington step back when he asked him to step forward, he waved it over at 1:57 of sixth.

“The referee did what he thought was right,” Washington said. “He’s a top-notch ref so I won’t complain about the stoppage. He put me down and I got up, so I definitely wanted to get back to it.”