Deontay Wilder weighs a career-high 231; and Tyson Fury weighs in at 273 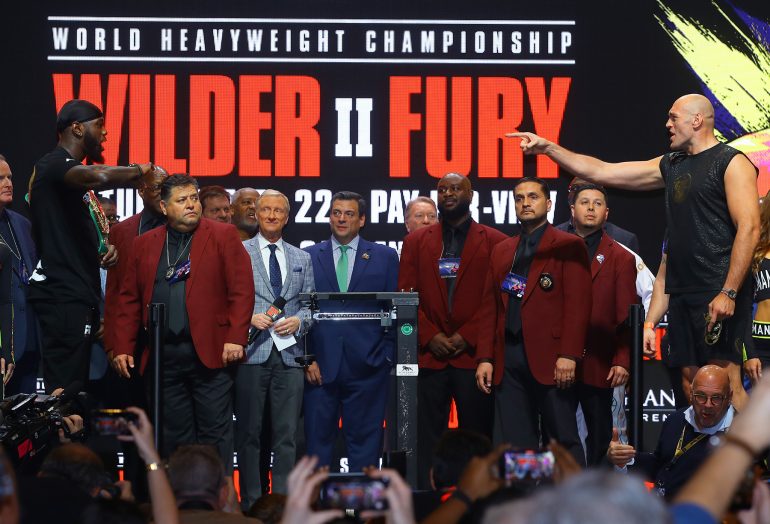 Fury had spoken about coming in at 270 pounds, which is 13½ pounds more than the 256½ pounds he weighed in the first Wilder fight. Wilder weighed 212½ pounds in the first fight, which was the lightest Wilder had weighed since his pro debut when he came in at 207¼. 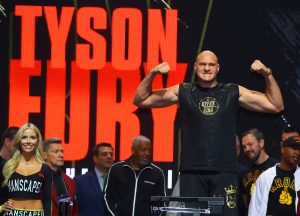 Fury has been as heavy as 276, which came against Sefer Seferi in June 2018. It has to be noted that came after Fury’s three-year hiatus from the ring after dealing with mental health issues, alcoholism and drug addiction.

“I’ve been carrying the weight the last 10 weeks in training camp, sparring every day, training every day, so the weights not a problem,” Fury said. “It’s 273 pounds of pure British beef. Look, it’s no secret that I’m looking for a knockout of Deontay Wilder.

“By the way he looked on stage, he looked like a scared little p__sy to me.”

Fury got the far greater fan support than Wilder, the American.

“Deontay Wilder said the other day that was his own country,” Fury said. “But I told him that Las Vegas is mine. The fans have turned out to see the Gypsy King. All my fans are here. We’re ready for a war!” 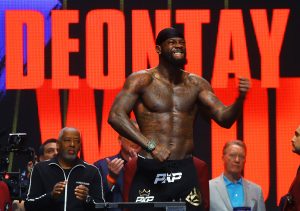 In his last fight, Wilder weighed 219½ against Luis Ortiz, a rematch that resulted in a Wilder seventh-round knockout.

“I wasn’t sleeping and I didn’t eat the way I should have before the first fight,” Wilder admitted. “I got so caught up in trying to knock him out and look good that I forget to do a lot of little things I usually do in the ring. This time around, I promise, I’m going into this more mentally and physically ready.”

“He’ll be more patient this time.”

“At the end of the day, we’re heavyweights, so it really doesn’t matter about the weight,” Wilder said. “As you can see throughout my whole career, I’ve been underweight. I probably outweighed my opponent four times in my career. I really don’t care about the weight.

“This just indicates that I’m in a better state and a better mind than the last time. I come for the pain. I don’t worry about (Fury’s weight). I’ve had to fight bigger guys. That’s only going to slow him down. I’m not worried about his weight. He better not blink. I saw him nervous. He has a lot of nervous energy going on from the first time.”