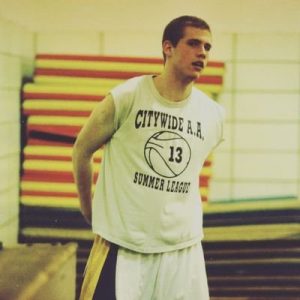 His guest on this episode is a boxing writer at The Athletic – Rafe Bartholomew. They get into Rafe’s background as a native New Yorker and growing up around the famous New York City bar McSorley’s. They also spoke bout Rafe’s love and fascination with the Philippines and the sport of basketball.

Additionally, they discussed Wilder-Fury II, Garcia-Linares and preview Plant-Feigenbutz. It was a great conversation – hope you enjoy it.

On the impact of Kobe Bryant’s death on basketball fans in the Philippines:
“He was one of the very most popular players in the country. I mean he visited maybe more than any player period. Certainly more than any other big star player of the past 20-25 years. The basketball community in the Philippines kind of saw in at least an annual visit way – saw him grow up. There’s still video of this on YouTube. His first visit to the country in late 1998 or 99 after his rookie season. Where he’s going there with his Adidas shoes and he just looks so young and he’s just this different Kobe – where he’s extremely cocky but he’s also game to do anything.

They hold a huge cultural ceremony for him and including dance demonstrations and pull him onto the dance floor to do the “tinikling”. Which is the dance that’s sort of a similar rhythm to say double dutch except you’re jumping through bamboo sticks that people are sort of moving, closing around your feet if you don’t move your feet at the right beat. And he jumps right in and he nails it immediately. It was pretty impressive. Having learned some tinikling over the years myself and not picked it up as fast and seeing Kobe just step in and all of a sudden he’s doing it well, it was incredible.

Also because of the really, really large Filipino American community in Southern California I mean the Lakers are the most popular team in the Philippines among NBA teams and Kobe.

Because he was there for so long, he sort of became the favorite player for so many people there. And honestly, one of the first things I thought of or maybe not the first thing but after sort of absorbing just the tragedy of him dying and his daughter and everyone else in that helicopter – I thought of a woman I’ve met and was in the CNN show (Hoops Nation) named Kat Tan. And she lost her arm in a carnival accident when she was about eight years old. A few months after that was Kobe’s first trip in like ’98 or ’99. They brought her to one of the events and he met her there and was really sweet to her and took pictures. She has photos and newspaper clippings framed on her wall from that day in 1999. And then over the years, she would see him pretty much every time that he came back and visited for another shoe promotion. He’d make time and check in with her. And she ended up, even though she has just one arm, playing high school and small college basketball.

And when she was in her early 20s, this would have been maybe six, seven years ago, Kobe was coming back and Nike threw her in with an elite high school players camp even though she was past high school. The last moment of the little clinic he ran for them he did this sort of the old drill where he selects one person and says, “OK, if you shoot a three and you make it, we’re done. If you miss it, everyone runs but you and you have to watch them.” And he picked Kat and she walked out there and drilled it and it was just like something out of a movie.

Look, I don’t know if I’m just cynical or whatever. I have not been personally inspired by a lot of athletes in terms of like I want to live my life according to this person’s shoe slogan. But I’ve met so many people who really did take that “Mambo Mentality” stuff to heart and used it to really overcome huge odds and achieve really inspiring things. And I thought of people like Kat immediately when he died.”

On playing basketball with Manny Pacquiao:
“I have been able to play with him on a couple of occasions. It’s like whenever you’re playing with someone really famous, you know they get a few extra shots and you don’t guard them too tightly.

So Manny loves to throw the ball to himself off the backboard for layups. In those games especially, he recruits some really good players to come in and join those runs with him. And a lot of them could probably bust-up that move, but he usually gets it off.”

On whether Tyson Fury will stand in and try to KO Deontay Wilder in their rematch:
“It wouldn’t totally surprise me if he does. Although he fought really well in that first fight and basically outboxed Wilder except for the nearly 18 seconds he was on his ass. But I can imagine him thinking that he wants to do something different. Wilder may not be as snake charmed the second time around and he might need to give him at least some different looks. And possibly, you know if he can, why not take a more aggressive stance and back him up. Because it’s something we have never seen Wilder really have to do – fight really under pressure because no one is crazy enough to try it. Fury is crazy enough to try it. I don’t know if he can pull it off safely.

It’s a fascinating fight because of all those reasons and the other thing with Fury changing trainers. You do get the sense that he just needs new challenges and just new everything. I think there’s obviously risk to that. But it may be the only way he can get through the day-to-day. You know he just can’t be steady in an environment that’s predictable. And so far he’s been pretty successful that way. Although going into a fight as big as this one against a puncher as dangerous as Wilder, it’s hard not to wonder if he’s finally going to pay a price for messing around.”

On Golden Boy risking Ryan Garcia against Jorge Linares:
“It’s really dangerous because if you’ve misjudged that, if Linares has more than you think he does or if Garcia just isn’t ready for that level then yeah he’s losing that fight for sure. Because if Linares comes in good – he’s just so good when he’s good.

I guess you’re counting on Garcia as a fast starter to have a decent chance of catching him with something early. And you see the Linares routine of falling apart in a hurry when things start to go downhill. But if that doesn’t happen, you’re going to learn a lot of things about Ryan Garcia.

If Linares ends up being the version of himself who fought Luke Campbell and Lomachenko then all of a sudden Ryan Garcia ain’t winning that fight.”