Derrick Colemon Jr. is looking to carry on the Kronk tradition Friday night on ShoBox 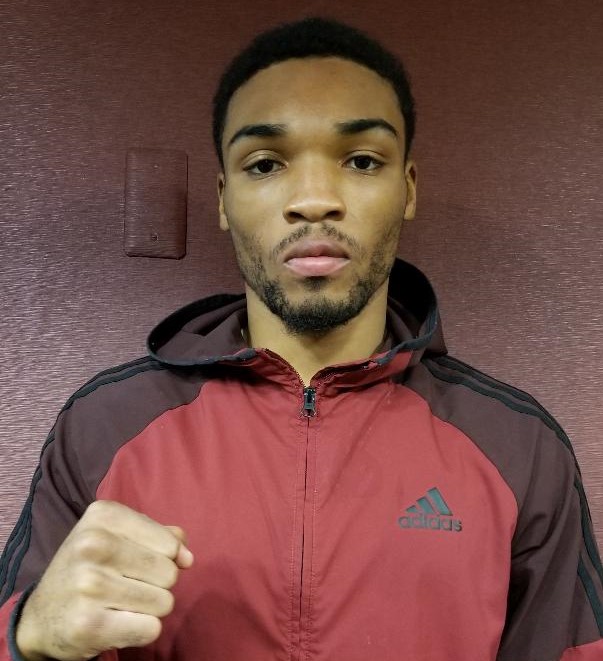 At the fabled Kronk Gym, in Detroit, Michigan, it’s referred to as “touching the magic.” The magic in this case being the late, great Hall of Fame trainer Emanuel Steward. Derrick Colemon Jr. is a budding 20-year-old middleweight from Detroit, with a spotless 11-0 record, with nine knockouts, and he may hold special historical significance.

Colemon is among the last young fighters started by the legendary Steward.

He held a piece of “the magic.”

Carrying the Kronk legacy is very dear Colemon, who is looking to unleash some the old-school Kronk ways on 31-year-old Joseph Jackson (15-0, 12 KOs) in an eight-round middleweight bout on Showtime’s ShoBox: The New Generation Friday night (10 PM ET/PT) from the 2300 Arena in Philadelphia.

Colemon, who was started by his father, David, and Steward, began in Kronk’s basement as a four-year-old, slugging the bag with gloves that were about as big as he was. Colemon is continuing a family history that began with his grandfather and father doing some fighting. It’s Derrick who has taken the family legacy a level up.

“I remember going to the Kronk when I was four, and Emanuel was there and they allowed me to shadowbox and hit the pads,” Colemon said. “I always loved the sport. I just boxed as a kid. I played a little football, but that didn’t last long. There was times, when I was a teenager, when I took some time off.

“There were days when you start to think about it. I got over it. I was 15, and those teenage years you start to experience other things and look at other things. You don’t want to get up at 5:30 in the morning for a run. What got me back was seeing how other people’s lives were shaped with boxing and what they did.”

One of his influences is Floyd Mayweather Jr. Colemon loves Mayweather’s success and embraces the commitment he gave to the sport.

Plus, Colemon, being from Detroit, saw his share of mayhem. Colemon’s had relatives in prison, and killed. He saw what the temptations of the streets could do.

“I’ve seen too many people going to jail and dying,” Colemon said. “You see those things and I accepted boxing as my life. Some people go to school to become engineers, I go to the gym to become a champion and live a certain way. I saw guys who I came up with in boxing, who should be pros and should be successful, but because they got caught up, they’re either dead or in jail.

“There were a lot of kids who were better than me when we were young. They never stuck with it.”

This will be Colemon’s first time in national TV. He says the bright lights won’t distract him.

“It will be him and me in the ring, and it’s just me and (Jackson) and I’m prepared for everything,” Colemon said. “I just have to be smart and do what I do best. There is a lot that’s new about this for me, with interviews and everything.

“But all of the work is done. I’m ready. I’m prepared. (Jackson) can’t show me anything that I haven’t seen before. I’ll be showing him something new, though. He’s going to be looking for a new job after Friday.”