Naoya Inoue vs. John Riel Casimero made official for April 25 in Vegas 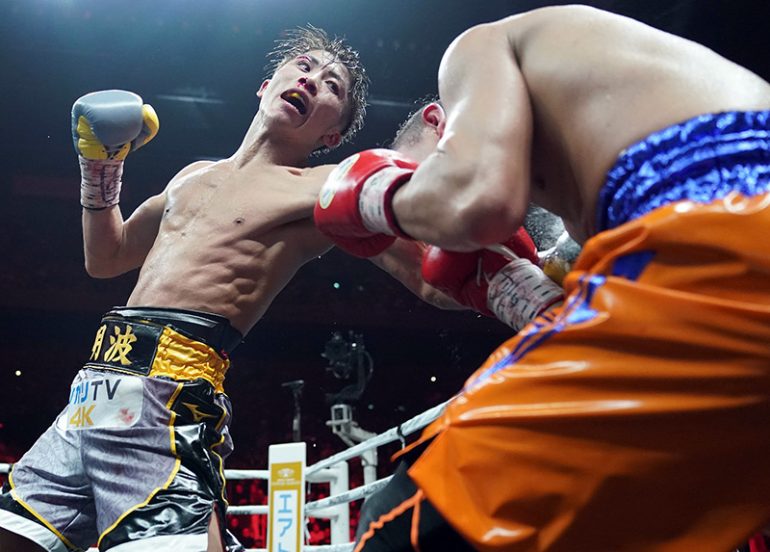 Naoya Inoue is not taking an easy tune-up for his first fight with Top Rank. Photo by Naoki Fukuda
13
Feb
by Ryan Songalia

Naoya Inoue isn’t getting a soft touch in his debut with Top Rank.

For Inoue (19-0, 16 knockouts), a native of Kanagawa, Japan, it will be his second fight in the U.S., following his 2017 stoppage of Antonio Nieves in Carson, Calif. Whereas last time he was a curiosity to western audiences, this time he’s coming to America with buzz following his shootout with Nonito Donaire Jr. in November, which was named Fight of the Year by the Boxing Writers Association of America and The Ring Magazine.

Prior to moving to 118 pounds, Inoue had won the WBC junior flyweight title in his sixth fight, in 2014, and the WBO junior bantamweight title two fights later, in the same year. Top Rank boss Bob Arum calls Inoue a “generational talent,” and he’ll have a real chance of making a big impression by taking such a stiff test.

Casimero (29-4, 20 KOs) of Ormoc City, Leyte, Philippines is, like Inoue, a three-division champion, making his name everywhere but home, winning all three titles abroad. In his last fight, Casimero, who is 5 years older at 31, scored a dominant knockout win over the much taller and rangier Zolani Tete in round 3 last November.

Casimero is promoted by Manny Pacquiao, and recently got a tattoo of the 8-division champion on his left forearm. At a press conference earlier this month in Manila, Casimero dubbed himself the “Monster Hunter” and posed off with a paper cutout stand of Inoue, letting the record show he was not intimidated by the pound-for-pound candidate.

“This is my dream fight,” said Casimero, a world traveler who has fought in ten different countries.

“But ever since I saw my hero and fellow countryman, Senator Manny Pacquiao, fight in Las Vegas, that has been my dream. To everyone who thinks I am the underdog on April 25, I will shock the world and show the fans who the real ‘Monster’ is in the ring.”

The co-featured bout will match Joshua Greer Jr. against Jason Moloney in a meeting of the no. 1 and no. 2 WBA bantamweight contenders, respectively.