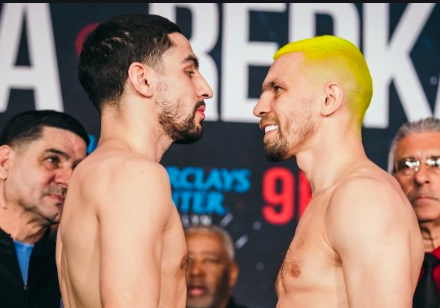 Ivan Redkach is today a happier man than he was after he learned he’d been punished for actions during his January 25 fight with Danny Garcia at Barclays Center.

The 33 year old Redkach was accused of biting Garcia, and though Garcia didn’t seem put off by the event, the NY State Athletic Commission came down hard on the California based boxer, who dropped a 12 round decision to the Philly fighter.

NYSAC said they’d be witholding Redkach’s entire purse, which was reported to be $300,000. On Thursday, RING heard from LA based Anya Andreeva, who advises Redkach on certain matters. Attorney David Berlin represented the Ukraine-born fighter for this occasion, she said.

Andreeva said that after back and forth with NYSAC, Redkach will receive a six month suspension, and will be fined $10,000. He will receive his entire purse, the attorney shared.

NYSAC furnished terms after deliberating on the matter, as well:

“After a final agreement with Mr. Ivan Redkach’s legal team, the New York State Athletic Commission is taking the following disciplinary action against Mr. Redkach for biting Mr. Danny Garcia’s shoulder during the fight that took place on January 25th, 2020.

It must be noted that Redkach insists that he did not bite Garcia. His mouth was on Danny’s shoulder area during the time frame that Garcia said he got chomped, but, Redkach swears, this was not his Mike Tyson moment. 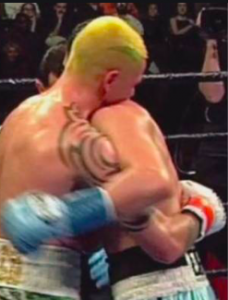 Screen grab from Showtime airing of this welterweight contest.

“I did not bite Danny,” Redkach told RING, after learning of the ramifications from that episode of the theater of the unexpected, in Brooklyn. “This is the fact. Danny was smiling after my “bite.” Do you really think Danny could smile if I bit him?”

Redkach believes that Danny was more so joking about the occurrence. I reached out to a Team Garcia member after NYSAC announced the stern punishment for Redkach, a few days after the (non?) bite fight. There was no response, regarding how Garcia felt about the slap on both wrists which it looked like the 23-5-1 Redkach would be faced with.

“No point was taken by the referee,” Redkach continued to RING, and he pointed out no authorities looked to throw the book at him, for assault, or what have you.

It’s fair to say Redkach isn’t exuberant because his punishment was reduced. “I disagree with the NY commission, however, I have better things to do to invest my time in. The next day after the fight I found that my cousin was diagnosed with a cancer. That ten thousand dollars I would rather send to her and I did…I have learned my lesson. No matter what I am so thankful for the opportunity to have a fight in New York against Danny. No matter what, I appreciate the NY commission, because of them I figured out right away what type of people I have around me. I am so grateful to have my family and true friends.”

NOTE: Aggregator websites, please give credit to RING and link to the article when reporting on the breaking news, if you came across the development on this site initially, when it posted at 11:48 AM. Thomas Hauser posted a follow up to his on-going series putting NYSAC under the microscope, and reported the NYSAC reduction in punishment terms for Redkach at 11:32 AM ET, on Boxing Scene, for the record. So please cite his effort and platform accordingly, as well. Thanks!