Vergil Ortiz faces Samuel Vargas on March 28 at The Forum 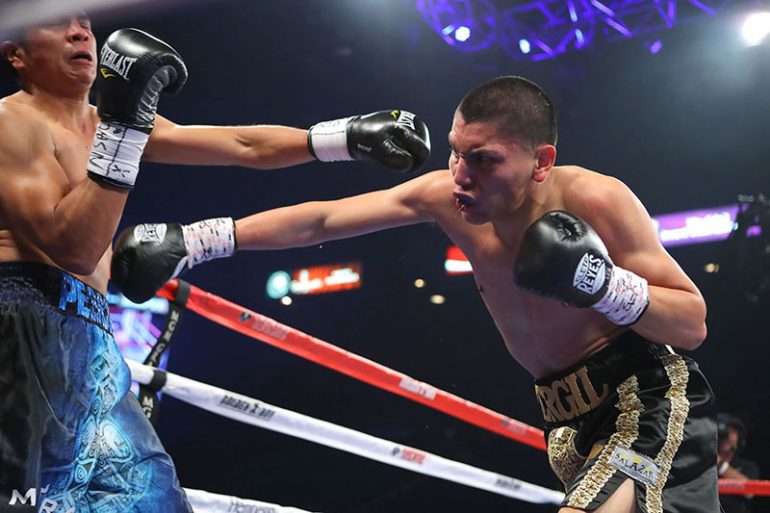 Welterweight contender Vergil Ortiz, Jr. will face Samuel Vargas on Mar. 28, a source close to the Ortiz camp tells The Ring. The matchup was confirmed by Robert Garcia, who trains Ortiz in Riverside, Calif.

The 12-round bout will take place at The Forum in Inglewood, California and will stream live on DAZN. The card will be promoted by Golden Boy Promotions.

Ortiz (15-0, 15 knockouts) is quickly emerging as a contender in a deep division after notching impressive knockout victories over solid opposition over the last year or so.

In his last bout on Dec. 13, Ortiz knockout out former contender Brad Solomon in round 5. In his previous bout on Aug. 10, Ortiz battered former world title challenger Antonio Orozco in his hometown of Grand Prairie, Texas, dropping Orozco three times before the fight was stopped in round 6.

The 21-year-old scored his most devastating knockout to date on May 4, annihilating former contender Mauricio Herrera in less than three rounds. Herrera entered the fight having never been knocked out in his pro career.

Vargas (31-5-2, 14 KOs), who is originally from Bogota, Colombia and now resides in Toronto, Canada, last fought on June 29, defeating Mexico’s Silverio Ortiz by unanimous decision over eight rounds. In his previous fight on Mar. 17, Vargas lost a close split-decision to welterweight Luis Collazo.