Mark DeLuca: ‘Kell Brook has done it all – now it’s my turn’ 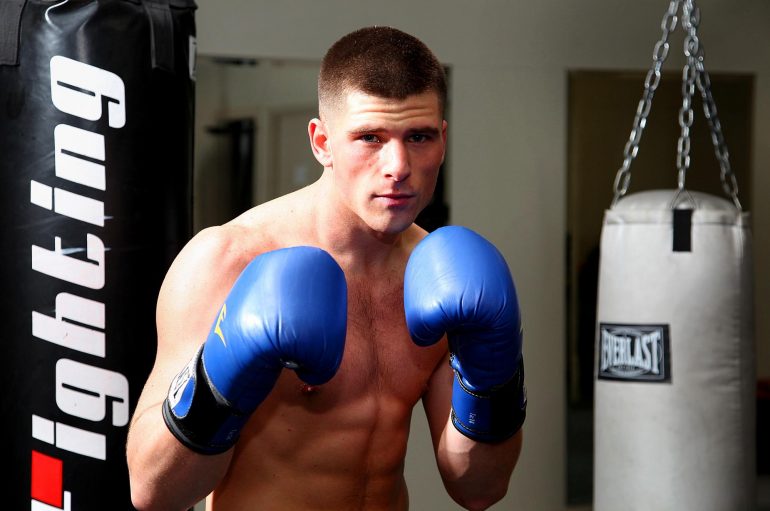 Fringe-junior middleweight contender Mark DeLuca will have the opportunity of a lifetime when he meets former welterweight titleholder Kell Brook at the Sheffield Arena in Sheffield, England on Saturday.

Understandably, the Massachusetts-based DeLuca (24-1, 13 knockouts) is eager to make the most of this big chance to gatecrash the world scene.

“I’m excited for the opportunity to earn respect in the boxing world,” DeLuca told The Ring. “Kell has done it all by facing boogeymen like [Gennadiy] Golovkin and [Errol] Spence [Jr.] – now it’s my turn.

“He’s very experienced at the elite level and very athletic. I’m going to do my best.”

The former marine has boxed in enemy territory before and remains unfazed at the prospect of facing Brook in his hometown.

“My preparation and my team give me confidence,” said the visitor. “My trainer, Hector Bermudez, is constantly bringing in ‘A’ level fighters to spar with. We’re on a 12-month training schedule.”

Interestingly, DeLuca is promoted by Ken Casey, who is the founder and front man for the band Dropkick Murphys. The 31-year-old southpaw arrived in Sheffield a week before the fight to acclimatize.

Brook (38-2, 26 KOs) relieved Shawn Porter of the IBF title by 12-round majority decision in 2014. The skillful boxer-puncher made three successful defenses before being stopped in five by Gennadiy Golovkin at middleweight. He returned to 147 pounds, lost his title to Errol Spence and the ever elusive showdown with countryman Amir Khan remains in the fantasy section.

The 33-year-old Brook has won two fights at 154 pounds and is coming off a 14-month hiatus.

This bout plus Kid Galahad vs. Claudio Marrero and supporting undercard will be televised on DAZN in the U.S.A. and Sky Sports in the U.K.