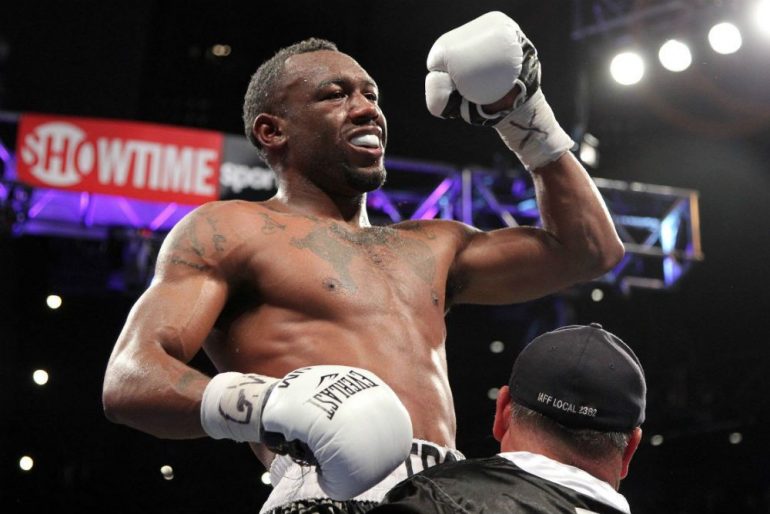 This bout marked a homecoming of sorts for Trout, who was fighting near his hometown of Las Cruces for the first time in over 10 years. The fight also marked the debut of Impact Network’s boxing series.

Trout, weighing a career lightest 149 pounds, was the aggressor from the opening bell, sitting down on his punches and attacking his opponent’s body. With about a minute remaining in Round 1, the 34-year-old Trout dropped Montoya with two counter right hooks and the writing was on the wall.

Montoya was game, but the impact of Trout’s punches had taken a toll. In Round 2, a sweeping left cross dropped Montoya to the canvas and referee Robert Velez immediately stopped the bout at 1:09.

Trout announced afterwards that he was hoping to fight any of the top welterweights, including unified world titleholder Errol Spence Jr., WBO titleholder Terence Crawford, Keith Thurman and Shawn Porter.

“I went for the knockout,” said Trout after the fight. “This is the first time I fought at 149 pounds. I felt I connected solid. It felt good moving these fighters with my punch.”

The former titleholder is reportedly penciled in to return on April 25.

This matchup was for bragging rights as Mendoza and Guillen reside in nearby El Paso and Las Cruces respectively.

Mendoza outboxed Guillen from the opening bell, mixing his attack to the head and body. By way of response, Guillen became more aggressive and began walking his opponent down. He had success and Mendoza attempted to counter off the back foot.

Both fighters had their best moments in the final two rounds, exchanging combinations in the center of the ring. Despite Guillen forcing his man to stand and trade, the 24-year-old Mendoza landed the more telling blows all the way up to the final bell.

In the opening bout, heavyweight Alonzo Butler of Chattanooga, Tennessee returned from an over three-year layoff to knock out Jesus Alberto Martinez in the opening round.

The larger and stronger Butler wasted little time letting his hands go. Midway through the round, a right cross to the head dropped Martinez to the canvas. He beat the count and tried to fight back but was dropped again by another chopping right cross to the head. Referee Stan Saavedra immediately stopped the bout at 2:22.