Welcome to the fifth episode of Tourist Information: Insiders looking out and outsiders looking in from the world of boxing, a podcast hosted by noted writer Brin-Jonathan Butler. (You can listen to the fourth episode with noted author and ESPN boxing analyst Mark Kriegel here.) 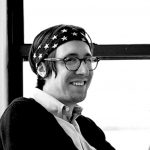 Over the years I’ve worked with Mickey Duzyj on several projects, notably on El Duque’s escape from Cuba and covering the Mayweather-Pacquiao fight. When Mickey was looking for a boxing story for the new Netflix series he was directing I mentioned Michael Bentt. Bentt had always had one of the most unusual stories from jumping from his upset victory to win a piece of the heavyweight crown, nearly being killed and retiring after his next bout against Herbie Hide, and then his fascinating move to Hollywood and the theatrical stage playing the likes of Othello. I’ve never met anyone in boxing who offered more arresting illumination on the perspective of being a fighter than Michael Bentt and Mickey’s work in “Losers” brought his inspiring journey to millions. 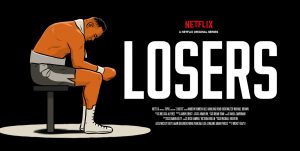 Mickey Duzyj is an Emmy-nominated artist and director living in New York, contributing illustration and animation to clients like Netflix, ESPN, Nike, Wieden+Kennedy, Rolling Stone, Vice, Time, The Ringer, and The New York Times Magazine. Recent highlights include creating/directing the Netflix Original documentary series “LOSERS” and directing the award-winning ESPN 30 for 30 short “The Shining Star of Losers Everywhere”. He was selected as one of Variety Magazine’s 2019 “Top 10 Documentary Filmmakers to Watch”. 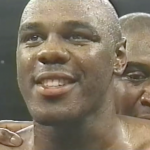 Michael Bentt was one of America’s most decorated amateur boxers and won the WBO Heavyweight title from Tommy Morrison in 1993, losing the title in his first defense in 1994 to Herbie Hide, where he was knocked into a coma and nearly died. After retiring from boxing, Bentt entered acting and playing Sonny Liston in the 2001 film “Ali” and doing the boxing choreography for director Michael Mann and Clint Eastwood for the winner of the Oscar for Best Picture, “Million Dollar Baby.” Bentt is featured in the first episode of the 2019 Netflix original series Losers.