Playing the Odds: Ugas vs. Dallas and Rivera vs. Maldonado 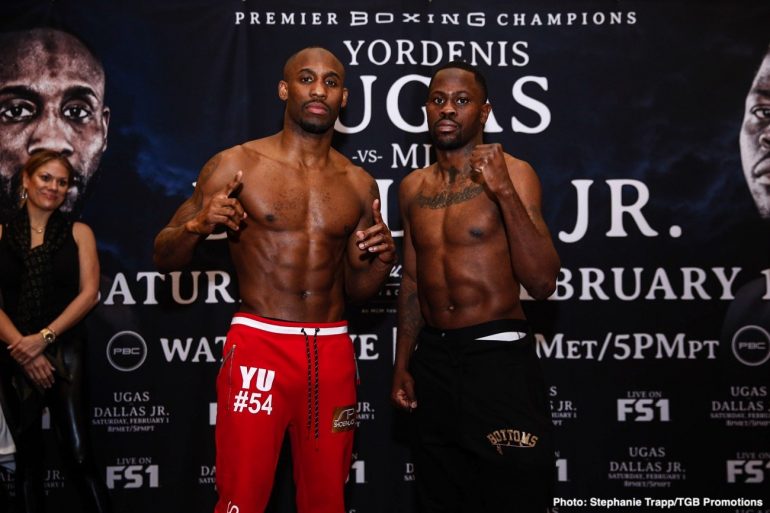 It is Super Bowl Weekend but Saturday’s FS1 show has a theme of redemption about it rather than one of an outright crowning of a champion. Three boxers for whom many predicted world titles will attempt to clear a final hurdle to a potential title shot, while the third, Dominican prospect Michel Rivera, looks to avoid the long road the other three took by taking care of business and dispatching former Golden Boy Promotions prospect Fidel Maldonado. The main event features Yordenis Ugas versus Mike Dallas; both came up short in attempts at world titles and given their age (both are 33), the loser is likely eliminated from further title consideration. 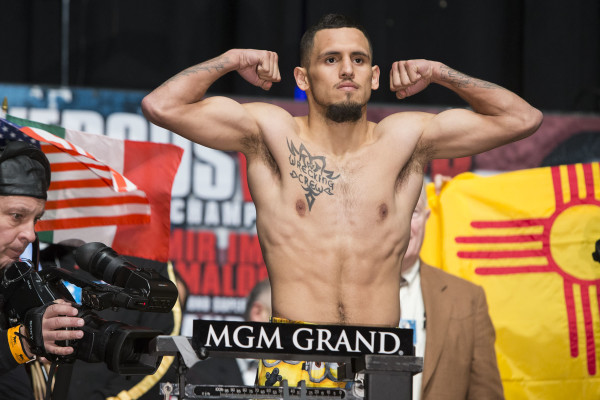 Fidel Maldonado (Odds at +750) – A southpaw with pop in his punches, 20 stoppages in 27 wins, Maldonado comes at opponents intent on landing big shots from the opening bell. Grew up in a boxing family (Maldonado’s father still trains him), throwing punches from age eight in the talent-laden New Mexico amateur system. Racked up an impressive amateur resume of 118-12 (never won a national tourney) and was rated No. 1 in America before turning pro at age 19. Unwisely marketed as the next Johnny Tapia and suffered an un-Tapia style stoppage loss by ignoring defense in search of his one big punch. Remains a puncher foremost and, early on, had some flamboyance which saw him err on the side of excitement but may have matured, taking a near-two-year sabbatical before returning with three wins last year over poor opposition. If Maldonado has a chance, he needs to make defense more than an afterthought by throwing in some head movement and feints. At 28, is a seasoned pro near his physical peak, having faced down contender Pablo Cesar Cano and drawing against top-rated Art Hovhannisyan. On offense, not sure Maldonado will ever think beyond the next big punch, foregoing lateral movement to chase or fall into punches, but it does make him fun to watch and a steppingstone on which for others to stub their toes. 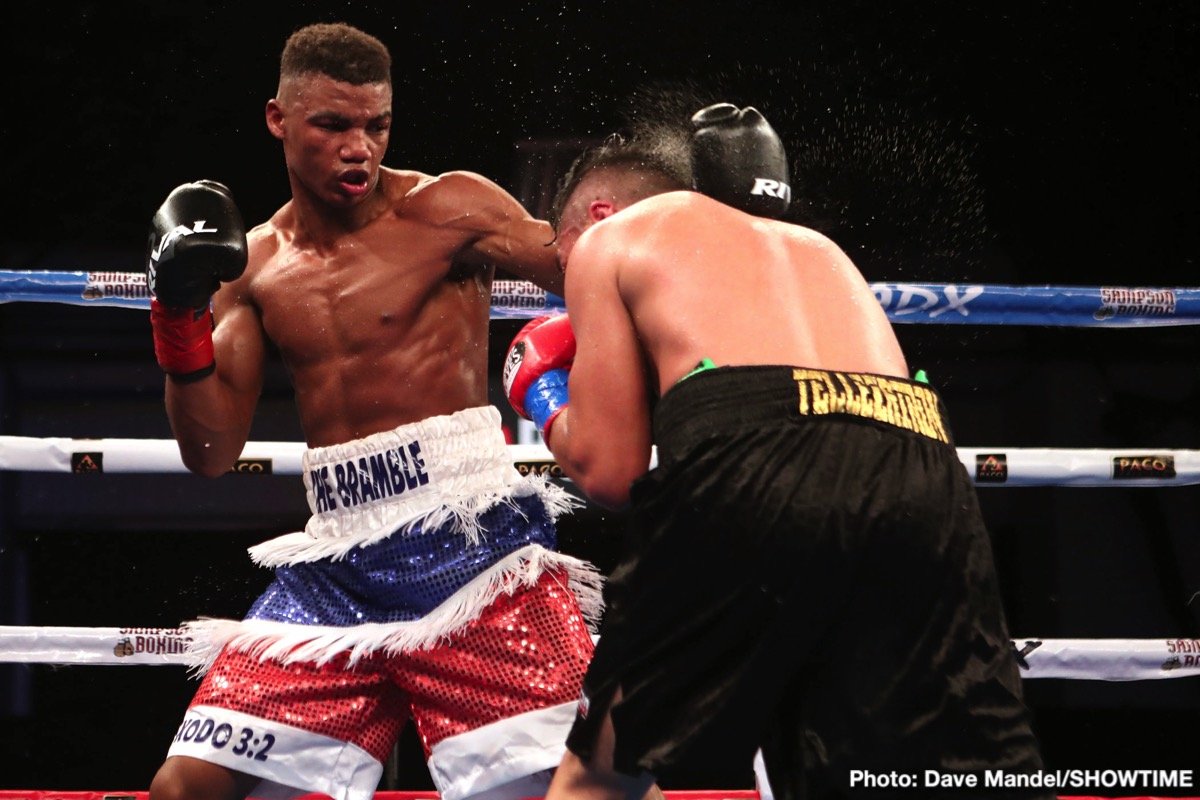 Michel Rivera (Odds -2000) – Countryman Jeison Rosario’s upset of Julian “J Rock” Williams is a timely reminder for boxing fans to never underestimate fighters from the Dominican Republic. Unlike Rosario, Rivera is considered a prize signing, making his American debut on “ShoBox” last June, trouncing fellow undefeated Mexican prospect Rene Giron before scoring a final round knockdown to punctuate the victory. That was followed by another nationally-televised win over journeyman Jose Gallegos, whom Rivera stopped in the fifth round. At 5-foot-8 with a 71-inch reach, is a big lightweight but, given impressive hand speed, has not needed that bulk to push or lean on foes since his fluid accuracy is sublime. Much more comfortable throwing body/head combinations than majority of prospects I have seen and importantly keeps a sound defensive posture (with hands up and correct distance) while doing so, although Rivera has not been tested by a major offensive force yet. It’s hard to categorize the 21-year-old, given his versatility; displaying pure power and refined boxing, but he seems more comfortable toying with the opposition rather than destroying it. Has that mentality too, telling veteran boxing writer Jake Donovan, “I just love to fight. I want to be the Floyd Mayweather of my time. I want to be the star of this generation.” Rivera should be moved slowly, given a talent-rich division, with veteran pound-for-pound player Vasiliy Lomachenko heading the list, which features rising stars like Teofimo Lopez and Devin Haney as well. Rivera is not in their class yet but, if allowed to mature and matriculate correctly, he may be their equal when the time comes to face them.

Verdict – Look for the slick Rivera to defuse Maldonado’s power, working consistently behind a long jab and accurate one-two volleys, and ratchet up his pressure and return fire with each round. Rounds 3 to 7 will look as if the broadcast is looping the same round over and over, as Rivera allows Maldonado to come forward while beating him to the punch. Calls for a stoppage should be heard by the sixth round but a defiant Maldonado will last until the eighth or ninth, where the fight is taken out of his hands and the referee or ringside doctor steps in to stop the carnage. 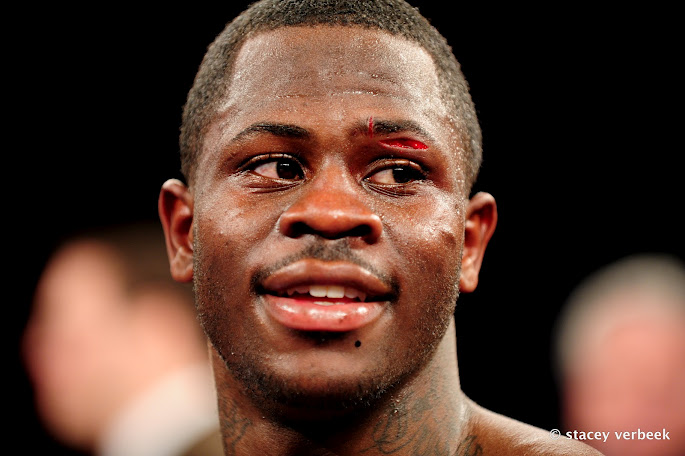 Mike Dallas Jr. (Odds at +900) – Nicknamed “The Silent Assassin,” Dallas is slowly reestablishing some of that danger factor after being derailed by a brutal one-round stoppage loss to Lucas Matthysse in 2013. Undefeated since that setback, Dallas struggled to regain form in victories but ironically showed he still had title potential, drawing with then-undefeated and highly-rated Dusty Hernandez Harrison. Born into a boxing family – his father and grandfather were pro fighters – Dallas began boxing while practically in diapers. Graduated the amateur system with a 115-12 record, winning two national titles (PAL champ twice and silver in Golden Gloves) but fell short in his Olympic aspirations. Despite nickname, Dallas focuses on defense first, usually disorienting a foe with movement before landing an intelligent counterpunch. Gets his confidence sparring Manny Pacquiao and other champions and visiting gyms along the California coast. Must return to his positive offensive traits; Dallas only has a 39% kayo ratio, forcing opponents into mistakes by staying in the pocket and within punching range. To beat Ugas, has to stop letting small openings go by while searching for a flashy punch and fill periods of inactivity with his speedy jab or lead right hand. 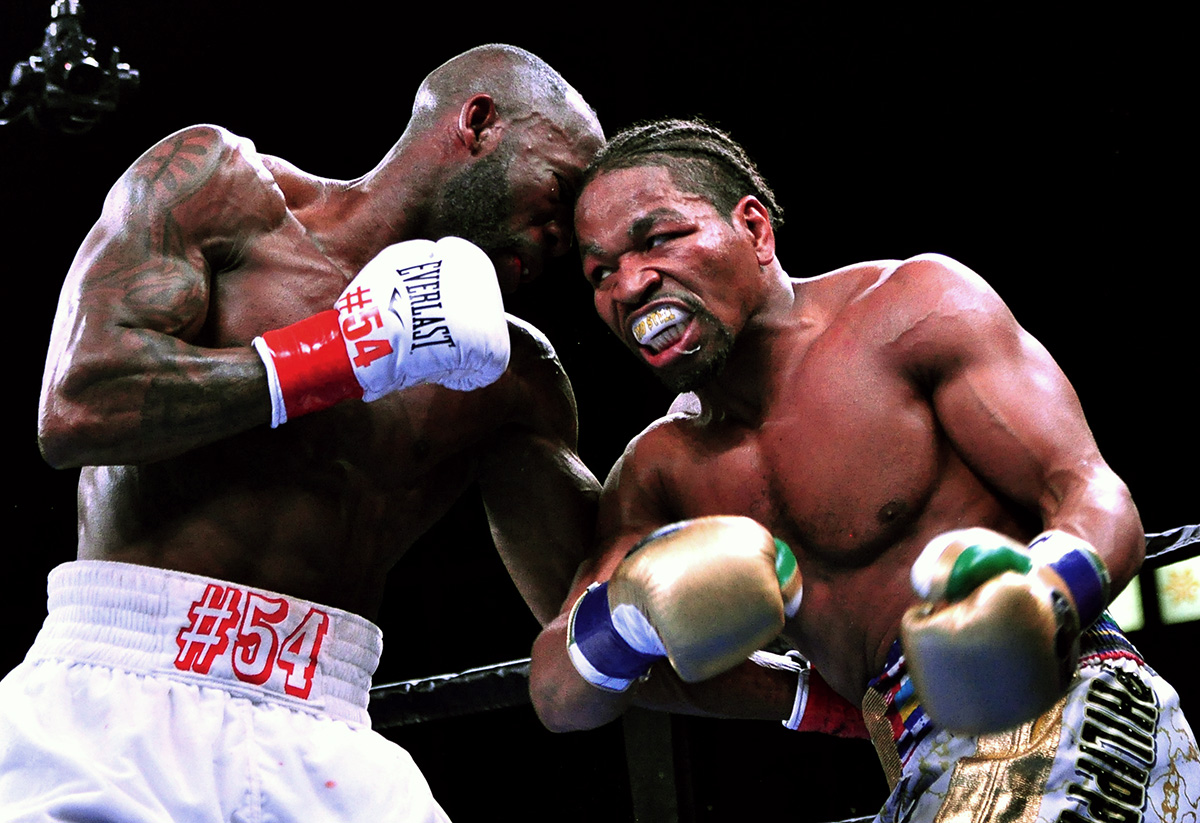 Shawn Porter (right) boxed from a distance for much of his fight against Yordenis Ugas on March 9 in Carson, California, but still utilized his trademark infighting to eke out a split-decision victory. (Photo by German Villasenor)

Yordenis Ugas (Odds at -3300) – No one tops the colorful Ugas when it comes to sartorial splendor and, in a way, the vibrant and splashy clothing is a match for the free-flowing mix of styles Ugas can present inside the ring. Ugas is a mixed bag, who can look brilliant on one night and awful on the next…but, of late, has put an inspiring winning streak together. A fantastic amateur with 385 amateur engagements, Ugas won five Cuban titles topping out at as an Olympic bronze medalist before defecting to America. Not your typical Cuban stylist though, often foregoing defense and speed to come straight at foes and working the body. Because of reflexes and good defensive eyes, gets away with reaching with punches, going off-balance and still landing punches with accuracy if not force. A persistently slow starter, often taking the first three rounds off to study and find holes, it has cost Ugas on the scorecards with three of his four losses coming via split decision. At 33, can’t afford another mistake and his tentativeness in opening rounds has not earned Ugas a large fan base, despite besting a slew of prospects and losing a controversial decision to Shawn Porter in exciting fashion. Unexpected losses to Amir Imam and Emanuel Robles really hurt Ugas’ career but since moving up to 147 pounds, has found his footing and become a title thread. Yes, in current form, Ugas would even be a danger to current beltholders Errol Spence Jr., Terence Crawford or Manny Pacquiao.

Verdict – Not a tough fight to call; yes, the pair look equal on paper but Dallas was ruined by Lucas Matthysse mentally and his sporadic ring appearances since then have been uninspiring. Ugas can put on pressure like Matthysse…not in a physical way but mentally he will make Dallas uncomfortable thinking too much and hesitating with his punches. In the first two rounds Dallas may make Ugas look inefficient but once Ugas gets a feel for the distance, he will employ his reach and stinging jab to affect mistakes from Dallas. Ugas opens up more in the third through sixth stanzas and will score a stoppage before the rounds hit double digits.