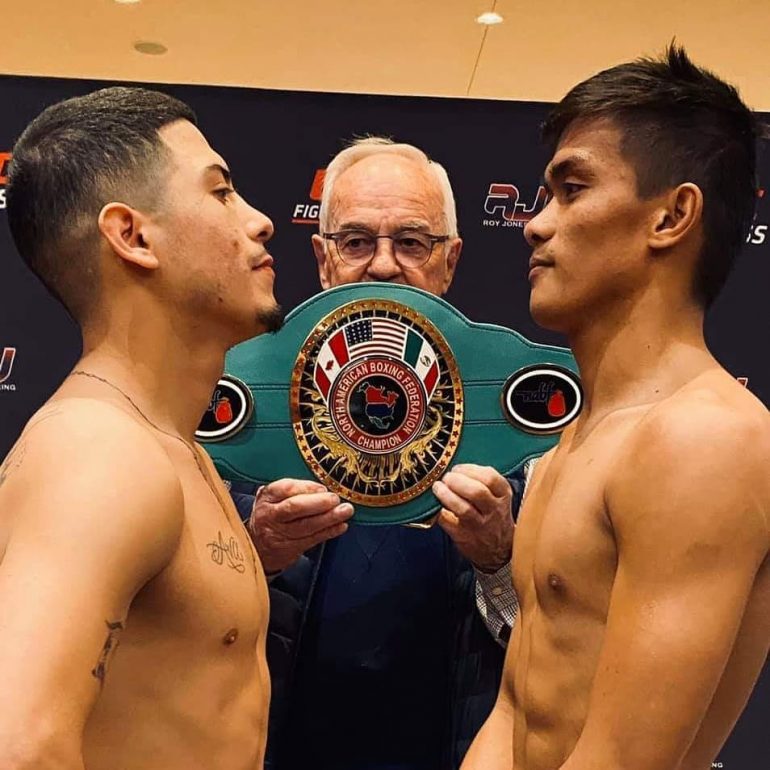 Junior bantamweight prospect Ernesto Delgadillo understands the competitiveness of fighting in one of boxing’s deep divisions.

Despite having not fought in 2019, the unbeaten prospect believes he is on the cusp of fighting some of the best in the division later this year.

He will have to get by another unbeaten fighter Thursday night as he squares off against Jade Bornea at the Legends Casino in Toppenish, Washington. The 10-round bout will headline a four-bout ‘UFC Fight Pass’ stream (10 p.m. ET/ 7 p.m. PT).

Delgadillo (11-0-2, 2 knockouts) last fought on Aug. 4 of 2018, defeating Nate Green in a clash of unbeaten fighters in his hometown of Dallas. His most impressive victory as a pro took place earlier that year on Feb. 22, when he was able to win a split-decision over Oscar Mojica.

The 25-year-old was not able to capitalize on the momentum on those two victories in 2019, sitting idly while other local fighters or those in his weight class were able to fight.

“I had a few fights lined up, especially one in November,” Delgadillo told The Ring over the phone earlier this week. “At the last minute, he had to withdraw his name from the fight because he had trouble making weight. A opponent wasn’t finalized so I wasn’t able to fight.”

Delgadillo will face off against a fighter in Bornea (14-0, 10 KOs), who will be fighting outside the Philippines for the first time. The 24-year-old Bornea is also coming off a long layoff, having not fought since Apr. 30.

Bornea resides in General Santos City, where Manny Pacquiao also resides, and he has stopped six of his last seven opponents. The southpaw Delgadillo believes Bornea’s style is made for him.

“Just by watching his fights on the internet, I see he likes to go to the body,” said Delgadillo, who made his pro debut in March of 2014. “He’s 14-0 for a reason, but I’ve been working hard in the gym and I’m ready for this fight.”

Delgadillo is trained by Tony Mack, a protégé of Derrick James and a former sparring partner of IBF welterweight titleholder Errol Spence, Jr. He believes the chemistry over the last several months with Mack has benefitted him a great deal.

“I’ve learned a lot from him. I have the Mexican style where I go forward, but he’s enhanced what I’m doing. He didn’t change anything. I jab more and utilize more my defense. I feel great having worked a lot with Tony.”

Delgadillo believes an impressive victory over Bornea could lead to bigger opportunities later this year. Thursday night will be the first time he will headline a significant fight card and where his fight will be broadcast on a larger platform.

Delgadillo is confident he can outbox Bornea, but will jump on the opportunity for a knockout.

“I would love to make a statement if I win by knockout. I believe I have the skills to be a world champion. The UFC Fight Pass is big and I’m going to make the most of my opportunity.”

“Once that bell rings on Thursday, I’m going to do work.”