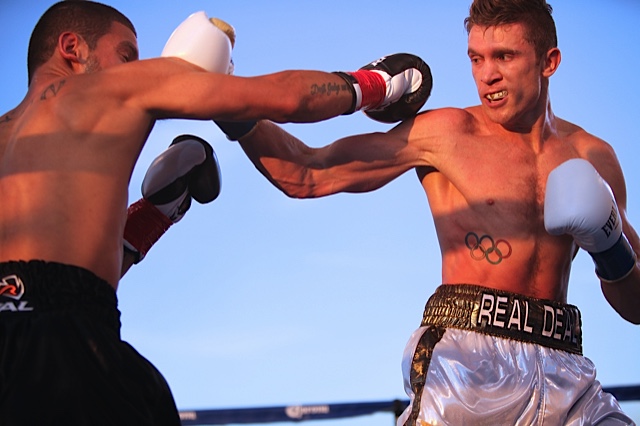 Taras Shelestyuk kept himself in shape. He never strayed from the disciplined lifestyle, always believing that he would get back in the ring again. He had his share of derailments. There were some minor, nagging injuries. There were also some managerial entanglements that stymied the progress of the 2012 Olympic welterweight bronze medalist from Ukraine.

Now, hopefully, 2020 is his time to shine as a professional.

Shelestyuk (17-0, 10 knockouts) will be taking on Luis Alberto Veron (18-1-2, 9 KOs) in a 10-round welterweight bout as the co-feature under the Ruben Villa-Alexei Collado tilt on Friday (10 PM ET/PT) on Showtime’s “ShoBox: The New Generation” from the Hirsch Coliseum in Shreveport, Louisiana.

It will mark Shelestyuk’s third fight in the last four years.

Veron had a great start to his career and to a large degree may be fighting for his relevance, going 1-1-2 over his last four fights. He fought two weeks ago, winning by second-round kayo.

“Veron is a tough guy who is looking to make a name for himself, and I think it will be an interesting fight, because he needs to prove himself after winning two weeks ago,” said Shelestyuk, 31, who is co-promoted by Banner Promotions and Thompson Boxing Promotions. “This is an important year for me. It was great to be on the national Ukrainian Olympic team and I proved it in the amateur ring, and I plan on proving it in the professional ring.

“I know I haven’t fought a lot recently. Some opponents pulled out of some fights, but I was always training in the gym and I was always ready to fight. I have been in the ring with guys everyone knows, like Regis Prograis. The time off is not always about the boxers. It’s about other things, too. But I do my job.

“As an amateur, I would have three or four fights in a month. Being a professional is different. There is still time to change. I still enjoy training and going to the gym. I like to fight, and I like looking good in my fights. My last fight was good.

“I was fortunate to be on a special amateur team with Lomachenko and Usyk, who was probably the funniest guy on the team. You need to laugh in the gym and enjoy yourself. I want to fight three or four times this year.”