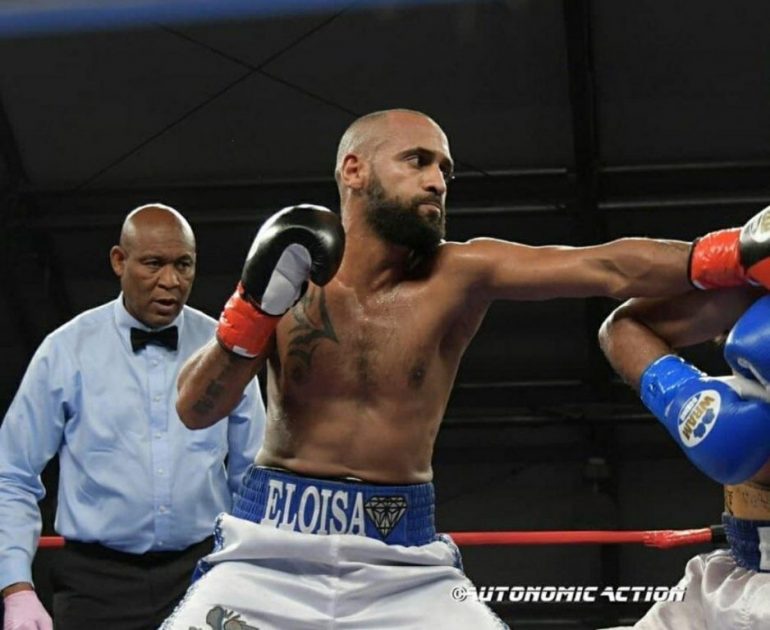 Alexei Collado remembers balancing himself on the rocking, tiny speedboat looking back at the fading Cuban coastline. His blinking eyes tried battling the tears, but they failed. Emotion struck. Wet drips fell. He was 19 then, heading to Mexico to get away from an oppressed life—with the hope and promise of creating a new life for his family and his six-month-old son Michael.

That was the first step.

Then again, no one thought he could escape Cuba and make the six-day trek on two boats to reach Mexico.

“I remember we hid on a fishing boat for five days,” said Collado, 31, who is on a seven-fight winning streak and married an Irish woman who he has two daughters with in addition to his now 12-year-old son in Cuba. “I fight for the people behind me. They motivate me and motivate me in the ring. I know Ruben is a very good fighter, and a tough guy, but I’ve worked really hard and I don’t do any talking. He has good speed and good defense.

“I’ll do my talking in the ring. I’ll work the body, and keep working the body. But he’s a young kid I can slow down with body shots. I know how good he is. Can he handle pressure?”

The 22-year-old Villa, from Salinas, California, had an amateur record 166-17 amateur record and was 2-2 against WBO featherweight titlist Shakur Stevenson.

But Collado feels his life experience is a bonus in weighty fights like this.

“… I fight for more than winning. I’m fighting for my family.”

Collado said Villa can’t be any scarier than hiding six days from the Cuban patrols who were looking for him when he defected. He took chance in leaving, not knowing whether or not he would see Michael again. A decade after he left, he got to see Michael again, going back to Cuba for his mother’s funeral, which the Cuban government permitted.

“We were hiding in the bottom of the fishing boat and I remember thinking if I would see my son again.,” said Collado, who lived in Ireland from 2008 to 2012 and originally signed with Iron Mike Promotions, Mike Tyson’s short-lived promotional company, before moving to Miami, Florida. “There is a lot of sacrifice. I had to give up my family and my son for a better life. I had to do it. Yeah, you can say I have a lot of angels on my shoulder.

“But I fight for more than winning. I’m fighting for my family.”