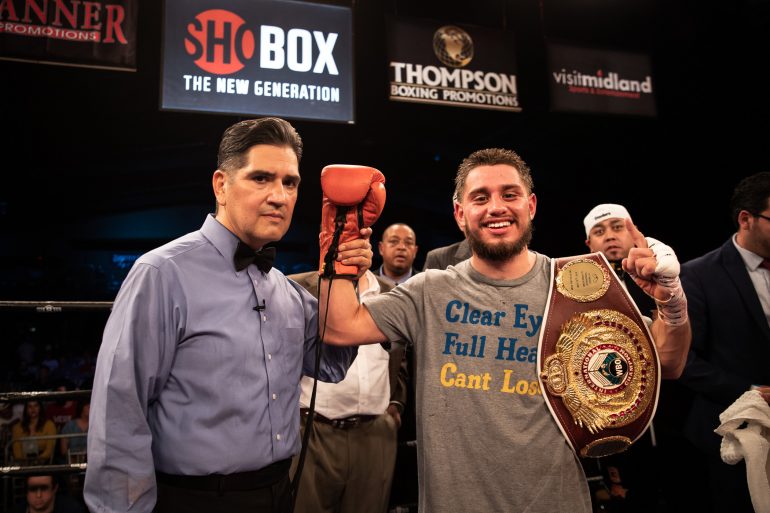 Well-schooled featherweight Ruben Villa will look to continue his education against big punching Alexei Collado in a “ShoBox” main event at the Hirsch Coliseum, Shreveport, Louisiana, on Friday.

Villa (17-0, 5 knockouts), ranked No. 9 at 126 pounds by The Ring, was a highly decorated amateur who won a slew of national titles before turning professional in July of 2016.

He’s been expertly developed by co-promoters Thompson Boxing Promotions and Banner Promotions, while working diligently under the watchful eye of father-and-son duo Max and Sam Garcia.

The 22-year-old from Salinas, California, has improved in every fight and has become a staple of ShoBox programming over the past year. This will be his fourth appearance on the Showtime network and he is looking forward to testing his skills against his Cuban opponent.

“We know he has heavy hands; he’s considered a veteran,” Villa told The Ring. “No matter his opponents, he had to knock those guys out. It wasn’t for free. We’re taking him very seriously and training camp went hard as always. We’re ready and prepared for this step up.”

Although “RV4” only has a 29 percent knockout ratio and has had to go the distance in his last five fights, he is confident in his own ability.

“My last few fights have been that way,” Villa said, “where I’m fighting real aggressive guys. Skills always pay the bills so, as long as we do what we always do and add a little more because of how dangerous this guy could be, we’re planning on outsmarting him.”

Villa believes he is potentially only a few fights away from fighting for a world title.

“I would think so,” he said. “We’ve been patient with my career but I feel it’s kind of time to start moving a little faster and really start pushing myself because I do belong in the ring with the best guys at 126. We’ve been patient. We wanted to make sure when the time does come, I’m ready. 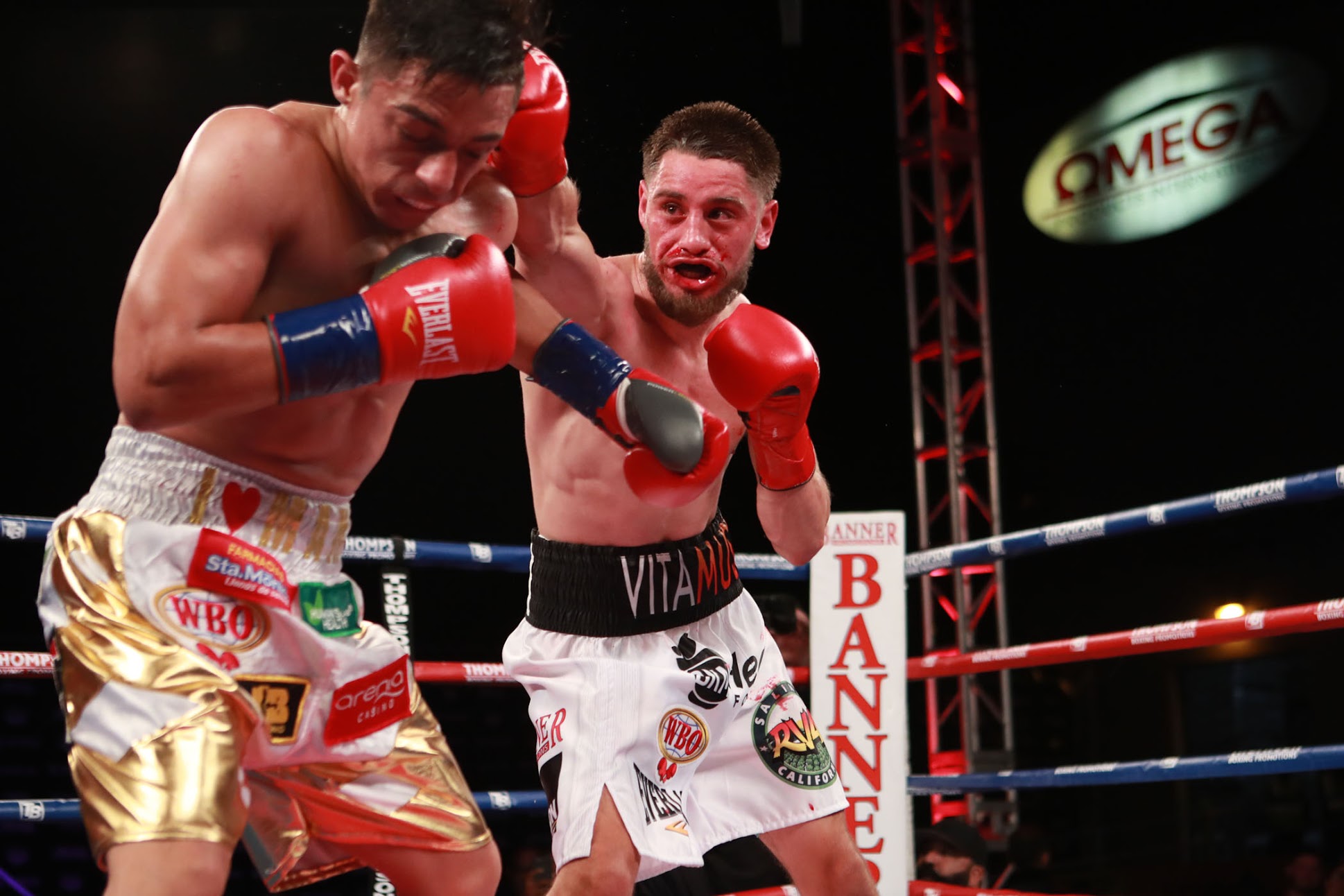 “I plan on staying busy and keep winning and moving up and stepping up my opposition. Hopefully by the end of the year, I can get a title eliminator or fight for the title. I feel anytime from now because I’ve been active and, every fight, I keep stepping up and beating these guys and looking good while I’m doing it.”

The young fighter has eyes on his former amateur rival Shakur Stevenson, who won the WBO featherweight title last October. The two shared a storied history, going 2-2 in their unpaid days. Villa feels his fellow American is now the best 126-pounder in the world and is interested in the mooted unification fight with IBF beltholder Josh Warrington tentatively tabbed for the summer.

“I would say probably Shakur Stevenson (would win) just because how smart he is,” said the southpaw. “He had a lot of hype around him. He does he job very well and doesn’t get hit a lot.

Villa is also very aware of WBC titlist Gary Russell Jr., who faces his mandatory Tugstogt Nyambayar a week after his fight.

“Gary’s a very a good veteran. He doesn’t fight too often but he’s a very big threat,” Villa said. “I fought his younger brother in the Golden Gloves. Their family is talented and guys you have to look out for.”

While Villa doesn’t know contender Xu Can as well as the other champions, he acknowledges the depth in the division.

“I’ve not run into him [in the gyms in Los Angeles],” he admitted. “I’ve not seen much [of him]. I’ve seen him fight once. The 126-pound division is pretty stacked. There isn’t going to be any easy fights to win a world title.

“Boxing is my career; I put 24/7 into boxing and no distractions. This is what I do every day and all day.”

Collado (26-2, 23 KOs) turned professional in 2008. After a good amateur career, the Cuban defected with Mike Perez and Luis Perez to Ireland. Collado won his first 15 fights in Ireland and the U.K. before a change in his circumstances brought him to the U.S. in 2011. He fought sporadically and dropped a decision to Rod Salka (L UD 10) and was stopped by Omar Douglas (L KO 7). Those losses stunted the 31-year-old’s growth but he has since won seven consecutive fights, albeit against lower-level opposition, while waiting his big opportunity.