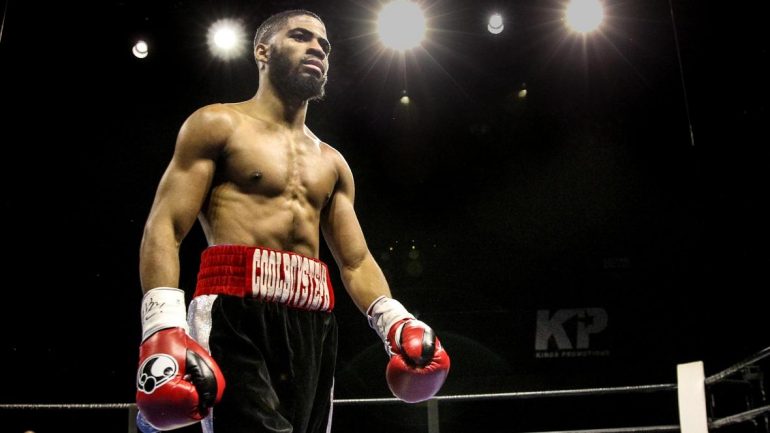 Khegai (16-0-1, 10 knockouts) will be the seventh fighter on Fulton’s resume that is undefeated.

It’s a distinction that Fulton (17-0, 8 KOs) is very proud to carry, considering he vanquished the previous six.

Fulton, 25, trained with Carl Frampton in November, in Las Vegas, and came back to Philadelphia in December. Fulton says his weight is right where it should be.

The 27-year-old Khegai is listed by BoxRec as being from Lymanske, Ukraine, though his residence is listed as Philadelphia, where Fulton lives, though never has heard of him in Philly’s close-knit boxing circles or saw him spar at any local gym.

Fulton, however, does say he knows a little something about Khegai. He’s also wary, because in his last fight, a sixth-round TKO over Isaac Avelar last August, Fulton appeared to be winning. Yet, at the time of the stoppage, Fulton was down 48-47 on Luis Escalona and Hector Maldonado’s scorecards, while judge David Avalos had Fulton up 48-47.

“I know (Khegai) is a good fighter, but I know I’m a great fighter,” Fulton said. “I’ve seen film, but I know that won’t be the same person in front of me Saturday night. I want to be smart and put on a wonderful performance.

“But I know from my last fight, none of these guys can beat me, so they need to get all of the help that they can get. I beat this guy, the WBO world title (against WBO junior feather titlist Emanuel Navarrete) is next, maybe some time in the spring.

This will be Fulton’s seventh undefeated fighter o his resume. He likes that, because Fulton feels that comes with a certain amount of respect.

“But I don’t think the fans in general give me the respect I deserve,” Fulton said. “Beating six undefeated fighters made the man I am today, and made me the fighter that I am today. I have Al Haymon to thank for that, and my team.

“But overall, I still feel that I’m fighting for respect. They can put as many undefeated fighters that they want before me. The fans will get it. They’ll come around to see who I am, and what I can do.