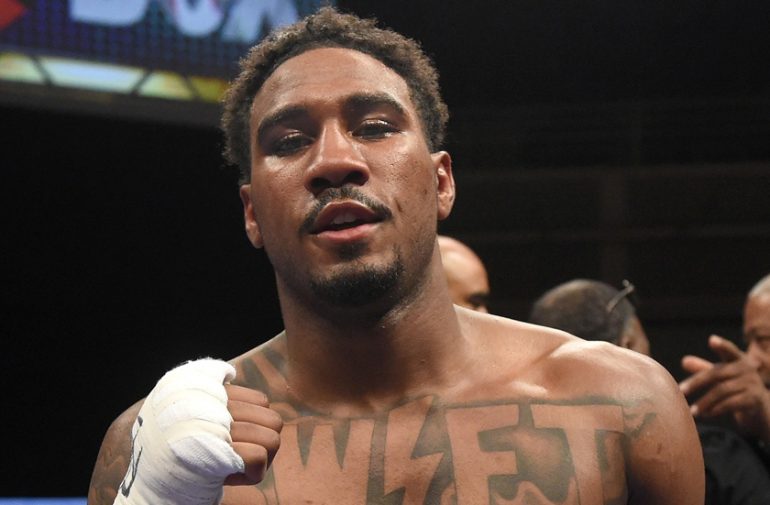 Last year was the most inactive Hurd (23-1, 16 knockouts) had ever been. He suffered the first pro loss of his career in a unanimous-decision setback to Julian “J-Rock” Williams last May. With it came a desire to revamp his team–and his style. Out when trainer Ernesto “Nesto” Rodriguez, who’s been with Hurd throughout his pro career, and in came new trainer Kay Koroma, an assistant coach on the national U.S. amateur boxing team.

Out went his swinging, blonde hair extensions and pressing style, Hurd vows, and in is a new approach that uses every inch of his superior 6-foot-1 frame and footwork.

One area of Hurd’s game, he’s also quick to point out, is that his confidence is still intact

“It never left me,” said Hurd, who’s 29. “I lost a fight, but it was never like a lost my confidence. Once I found a new gym home and a new coach, I knew I would be back. I’m more settled. I can’t wait to fight. Last year was the most inactive I ever was. I only fought once last year, so I can’t wait to get back into the ring.

“I will say I used to make things hard on myself. I didn’t use my height. I wanted to win every match by knockout. I used to think one shot would do it. I’m using my jab more. I’m moving my head more. My footwork is better. I won’t wait to land that one big shot. I always felt like Jarrett Hurd. My confidence never left.

“But the days of back-and-forth, I don’t need that anymore.”

Hurd said he knows Santana likes to come forward and has fought some top guys.

Santana is 33 years old, is 5-foot-9 and has lost three of his four last fights. He was only stopped once, by Karim Mayfield, back in November, 2009.

“I’m getting older,” Hurd said. “This guy will be there to be hit, I just have to avoid being hit. I need more discipline and I know I’ve found it. I need to work more behind my jab, which is something I should have done more often in past fights. It looks great, but it can get you in trouble. I’m coming to fight.

“I want to use my height and reach to win. I have made things far tougher on myself than they should have been in the past, and I don’t want to play catch-up moving forward. You can win on the outside, like you can win going inside. This is going to be at 156 pounds, but I want to stay at 154.

“I still have a lot to prove at 154. I wanted to get another shot at (Williams). Now I have to think about fighting (Jeison) Rosario. You won’t see me get touched as much Saturday night, and you’ll see me much better defensively than you ever have before. Like I said, my confidence never left. I just needed new people around me and show me new things.

“The work ethic and heart has always been there. I needed to look at new things, and sometimes you need new people to point you in that direction.”