Manny Robles out, who is in, as head trainer for Andy Ruiz? 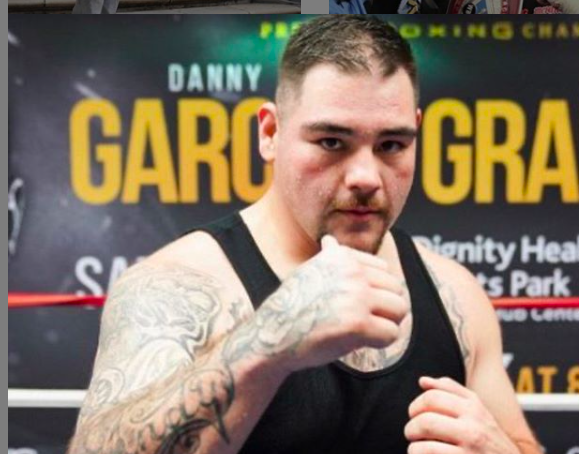 Change is the only inevitable, beyond death.

Taxes can be optional, if one is willing to take a state sponsored vacation as punishment for not giving Uncle Sam his piece…

And change is being activated by ex heavyweight champ Andy Ruiz, who went from out of nowhere hero to relative zero, as he downed Anthony Joshua in June (see video below) and then went off the rails having fun, and gave back the crowns to AJ in December.

That December effort, or lack thereof, had the fighter and his brain trust aim to switch things up. And in this case, that means trainer Manny Robles is out, and …who is in?

It has been rumored that the training pride of Staten Island, NY, Teddy Atlas, the tutor/analyst/podcaster/philanthropist, will take over for Robles. What an interesting pairing that would be!

Atlas is in the vein of Knute Rockne, with more of an edge; he doesn’t tolerate tomfoolery, you best be on board with the stern taskmaster, or he will hop off the train, even if that means losing a fat payday.

My guess, in knowing Atlas, if he were approached, he’d need to assured thoroughly–maybe with a blood oath?–that Ruiz was 100% into working his tail off to get back to a good place. On his social media, Ruiz is saying that he’s been hitting the gym, and is fired up to return to form. 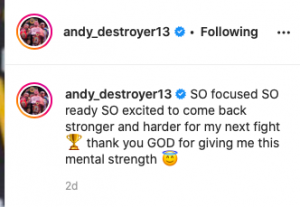 Ruiz maintains he’s got the fire back to train the right way. An Atlas would need to see for himself that Andy is dead serious.

And in Cali, Manny Robles said he’s not dropping tears into his Cheerios bowl.

I asked, is he angry at Andy?

“I don’t have time to be angry,” Robles told me. He joins Jeff Grmoja, Freddie Roach and Abel Sanchez in doing a stint with the Mexican-American pugilist.

No, Andy didn’t have a heart to heart with Robles, to tell him he would be looking for another trainer. “Nope, the dad came to see me yesterday (Wednesday) to talk to me,” Robles told RING, “but I haven’t heard from Andy in awhile.”

Readers, talk to me…You think Atlas and Ruiz would be a marriage made in heaven? Or do you have another suggestion for the post of chief corner-man for the heavyweight?