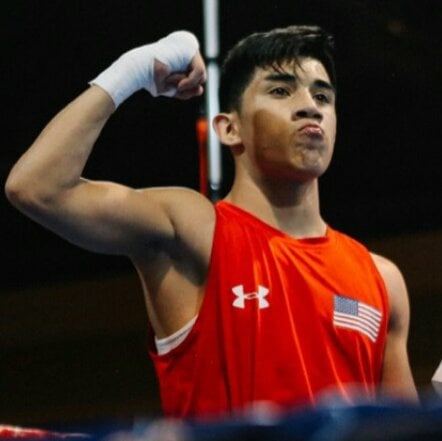 Vargas, who resides in Dallas, Texas, accumulated an impressive amateur record of 198-12. He won several national titles mostly fighting as a flyweight.

The 16-year-old will continue training with his father Nick before heading to Davie, Florida, where he will be trained by Javiel Centeno, who also trains prospect Xander Zayas.

Vargas is grateful for signing a managerial deal with Kahn.

“I’m excited to get started,” said Vargas, who is a two-time Junior Olympic gold medalist and was ranked No. 1 as in six different weight classes as an amateur. “I’ve enjoyed my journey as an amateur, but know that with Peter in my corner, I’ll have the backing of his expertise while fighting as a professional. I’m going to stay in Dallas for a couple months working with my Dad before moving my training to Florida.”

“Trinidad has all the attributes to become a world champion,” said Kahn. “Trinidad has a style that is much more inclined to the pro ranks than the amateurs. I look forward to working with him and his father as we launch his professional career.”

Vargas, who is a high school junior, was too young to qualify for the U.S. Olympic team. He will likely turn pro later this year after 17th birthday, which is June 19.