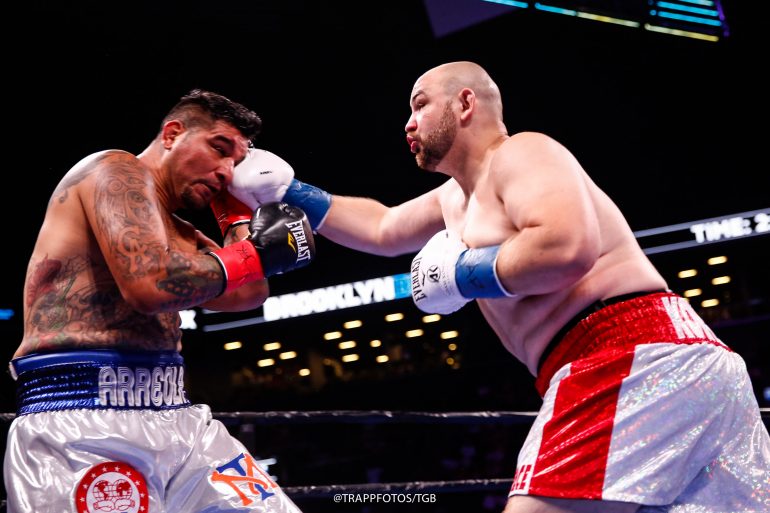 The 12-round bout will take place at the Barclays Center in Brooklyn, N.Y., and will headline a three-bout ‘PBC Fight Night’ telecast on FOX and FOX Deportes (8 p.m. ET/ 5 p.m. PT).

Kownacki (20-0, 15 knockouts) will be fighting again in Brooklyn, where he currently resides. It will be the tenth time he has fought at the Barclays Center, where he draws a large contingent of Polish fans in and around the New York City area.

In his last bout on Aug. 3, Kownacki defeated Chris Arreola by unanimous decision in an action bout. In his previous fight on Jan. 26 of last year, the 30-year-old battered Gerald Washington before the fight was stopped in round two.

The clash between Kownacki and Helenius is a WBA elimination bout, and Kownacki has high hopes an impressive victory will lead to a world title bout, particularly against the winner of the Tyson Fury-Deontay Wilder fight on Feb. 22.

“It’s great to be fighting in Barclays Center for the tenth time,” said Kownacki. “The last nine bouts ended in victory for me, and Mar. 7 won’t be any different. I’m happy that FOX is showcasing the fight on free television like it was back in the old days, and with the action my fights bring, it’s definitely must-watch TV. I know Helenius will be looking to pull an upset and take my place in the rankings, but I won’t let that happen. I’m already in camp with my trainers Keith Trimble and Chris Carlsen getting ready. After this fight, I want the winner of Wilder vs. Fury II.”

Helenius (29-3, 18 KOs), who is originally from Sweden and now resides in Mariehamn, Finland, stopped Mateus Roberto Osorio in round two of his last bout on Nov. 30. The victory came over four months after losing by knockout to Gerald Washington in round eight, a fight where he was up on two of the judges’ scorecards.

“This is the fight I have been waiting for,” said Helenius, who has won four of his last five bouts. “All of the years of training and fighting will pay off when we fight on March 7. Kownacki is about to feel the strength of Thor’s hammer. I respect him for taking this fight, but he chose the wrong opponent. This is not going to be a fight; it’s going to be a war. I will be the last man standing.”

In the co-feature, heavyweight prospect Efe Ajagba (12-0, 10 KOs) of Nigeria will fight an opponent to be determined in a 10-round bout. The 25-year-old Ajagba overcame a knockdown in his last bout on Dec. 21 to stop Iago Kiladze in round five.