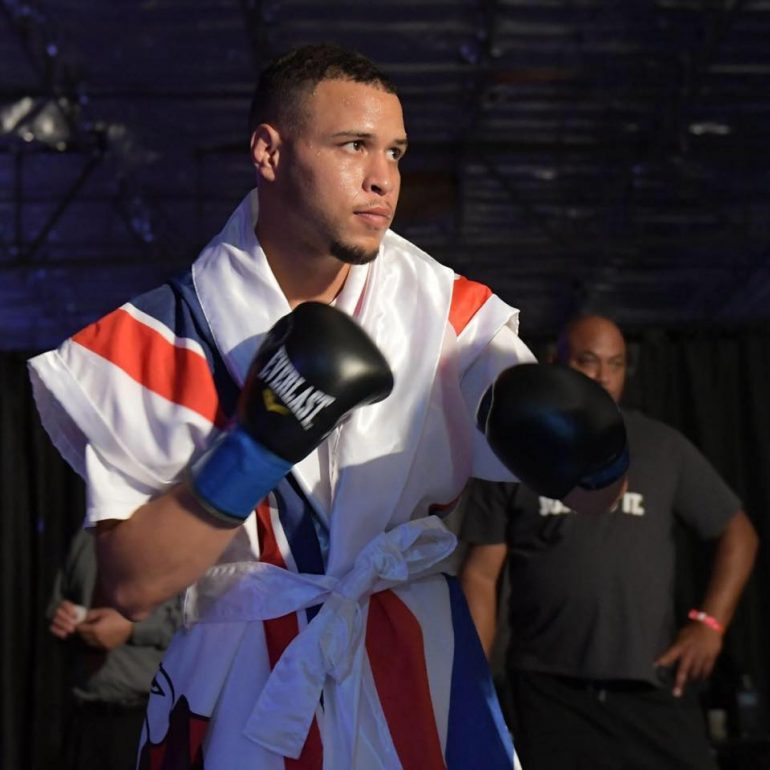 In July of 2016, Ulises Sierra thought he’d had the breakout performance he needed, when he scored a devastating first round knockout of Jose Hernandez in 28 seconds.

The fight aired on Telefutura’s ‘Solo Boxeo’ and Sierra thought that promoters and matchmakers would be giving him a call to either sign him or pair him against other super middleweights.

“No one called me,” Sierra told The Ring in an interview over the phone on Tuesday. “After I put on that type of performance, I thought I was going to receive messages or phone calls. Nothing. No one.”

Sierra believes his time is now as he squares off against fellow unbeaten and super middleweight prospect Vladimir Shishkin Friday night at the WinneVegas Casino and Resort in Sloan, Iowa. The 10-round bout will headline a three-bout ‘ShoBox’ telecast (Showtime, 10 p.m. ET/ 7 p.m. PT).

After the Hernandez fight, Sierra would not fight again until 15 months later in October of 2017. The 30-year-old would fight a handful of fights in Tijuana and La Paz, Mexico on club shows. Despite not fighting often, or getting attention from promotional companies, Sierra maintained a positive attitude, believing something would eventually fall in his lap.

“I took it in stride,” said Sierra, who is the son of San Diego Padres pitcher Ulises ‘Candy’ Sierra. “It was what it was. I stayed in the gym. I was always in camp. I thank God for this opportunity on Friday night.”

Sierra has also traveled up the California coast to Oxnard, where he was a part of four training camps with Sergey Kovalev.

“Kovalev dubbed me the next champion,” said Sierra. “We had good sessions.”

Sierra will face Shishkin, who had a stellar amateur program and is unbeaten in nine bouts. The Russia-born fighter, who is promoted by Dmitriy Salita, stopped DeAndre Ware in round eight of his last bout on Aug. 23.

Despite Shishkin facing and beating the better opposition, Sierra believes he is the better fighter of the two.

“I know he’s a real aggressive guy and I’m going to use his aggressiveness against him. I see holes in his defense. He fought a smaller guy, but he was landing and was finding success with a jab against Shishkin. I’m going to present something in the ring he’s never seen before.”

Should he defeat Shishkin Friday night, Sierra is hoping to land a ranking amongst any of the sanctioning bodies and to sign with a major promoter. He is not deterred from the fallout of the Jose Hernandez fight, but he believes he is amongst the best fighters at 168 pounds.

In between fights in recent years, Sierra has had to take jobs as a personal trainer or at the Pechanga Arena in San Diego, in the hopes that a significant opportunity would come his way. He plans on making a statement at the expense of Shishkin.

“Every fight needs to be a statement. I don’t feel winning is enough. If I win, I win. I want to win impressively. I’m the Deontay Wilder of 168 pounds. If I touch you with the right hand. I know you’re going down. I like being an underdog, but I love it because I have something to prove. I want the boxing world to know I’m here and I’m willing to fight anyone. Give me a call. Give me a chance. I’m ready to fight. I just want to fight.

“I know they’re sleeping on me. The best fighters in the world know who I am and how talented I am. Boxing casuals and hardcore fans might not know me, but they will after Friday.”