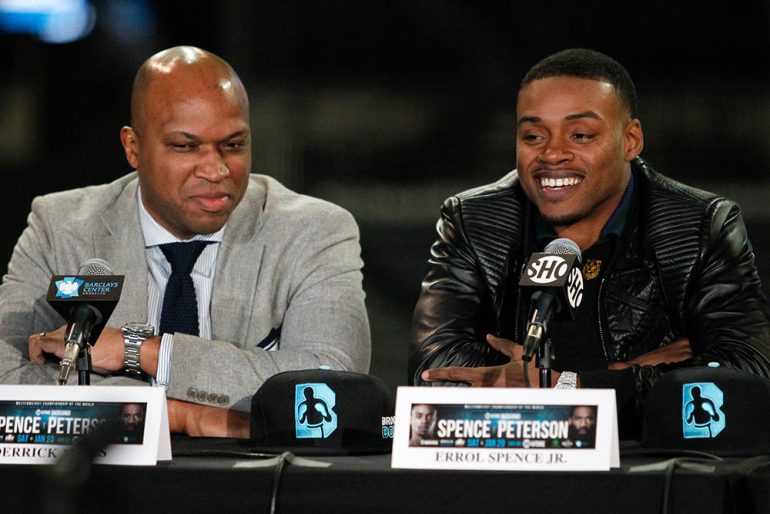 Derrick James had a pretty solid 2019 and received consideration as The Ring’s Trainer of the Year for 2019.

He tutors IBF/WBC welterweight titlist Errol Spence Jr. and WBC junior middleweight beltholder Jermell Charlo, two Texas titans, and both of those hitters have been in the news recently.

Spence’s presence on the planet constitutes a miracle, after getting thrown from his car last October, after a night of carousing. And Charlo scored a superb win in his most recent effort, as he took out Tony Harrison in the late innings, scoring his career-best win.

We chatted about Spence foremost and the trainer said it is indeed a miracle that the kid, age 29, is alive and kicking. “I care about Errol Spence the individual,” James told me. “I’ve known him like 12 or 13 years, training has been going on 11 years. I’m happy he’s alive. I’m happy; at the same time, he can come back and box.”

Spence talked to Brian Kenny, on December 21, during the FOX broadcast of the Charlo vs. Harrison event. I thought he looked and sounded good…but I saw some folks opining on social media that they thought he sounded off. Nah, I responded to them and told James, to me, that it’s always sounded like Spence has sort of a slow drawl…and I think that’s what people were hearing. 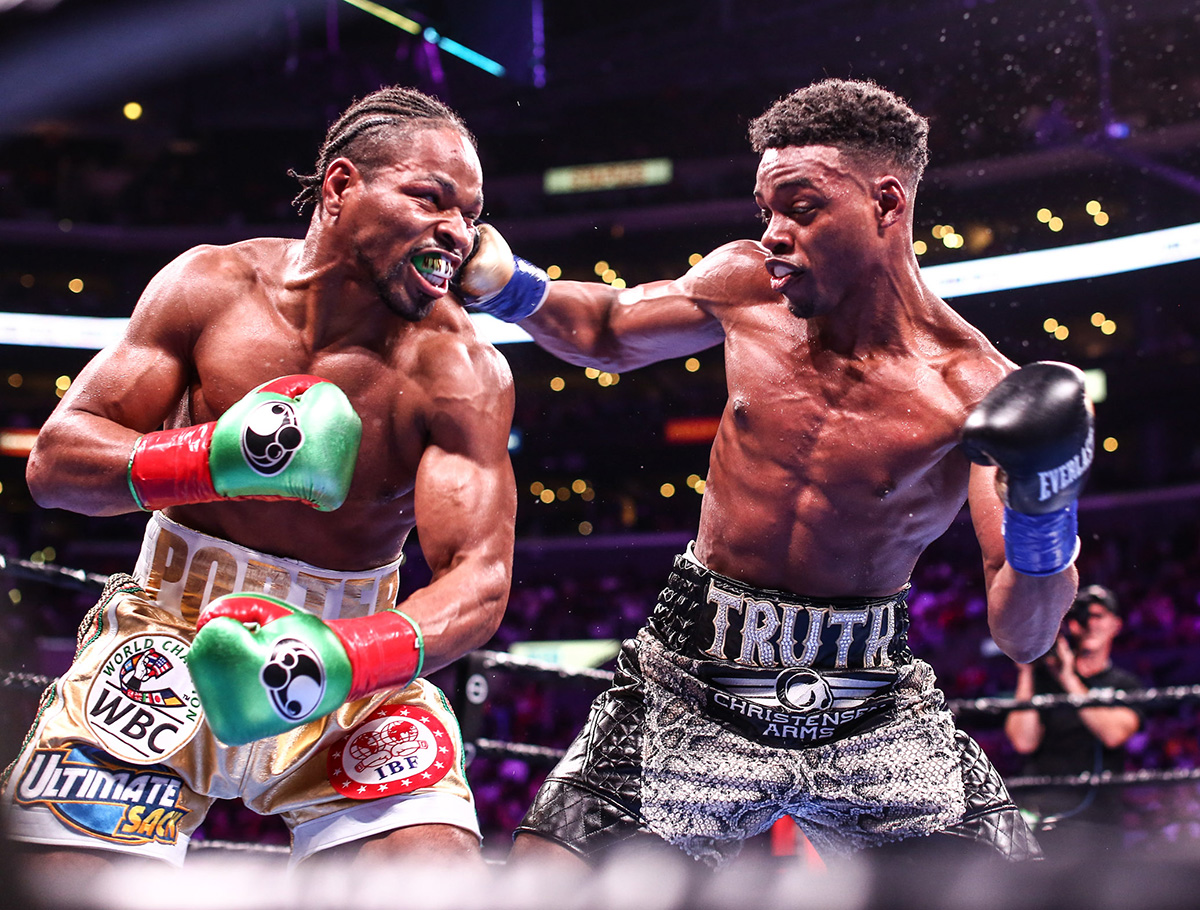 And so, when Spence comes back, does James want him to take a rust-shedder fight…or skip right back to the level where he most recently fought? James told me he will go with whatever Errol wants.

We discussed a Spence versus Terence Crawford fight. (Those two seemed to edge closer to agreeing to tango on January 6.) James said the Nebraska boxer hasn’t faced anyone to this point with the quality of Spence. “The best competition he’s ever faced is [Yuriorkis] Gamboa or [Viktor] Postol…He hasn’t fought anyone as good as Chris Algieri…who beat [Ruslan] Provodnikov,” the trainer continued. “How do you get a title to be this great of a fighter if you never faced great opposition? Terence Crawford is very accomplished. He beat everybody they put in front of him; he looked phenomenal doing it…but my question would be, how do you get this mythical title with never facing tough, stern opposition?”

No, James wouldn’t offer blueprint info on how Spence would handle Crawford. “I figure it would be a great fight, Terence is a great natural athlete, has great natural athleticism. Very quick, very agile. it’s always difficult to face a guy like that. And he has power also…A guy like Terence Crawford would only bring out the best in Errol Spence. Because if he’s everything everyone assumes he is after 30-something fights, they still assuming he is because he really hasn’t been tested in this division…but at the same time, that’s gonna make us step our game up! We gotta be 100%, 110%, to be honest.”

Yes, James replied, when I asked of when Spence comes back, whether or not he can be 100%. “Without a doubt,” said the guy who has trained him 11 years.

To end on a non-boxing note, James shared that Spence’s two daughters are his best pals and they love to come to the gym and watch Dad. That’s what it’s about, bottom line.

You can hear more from Derrick James here if you’d like.