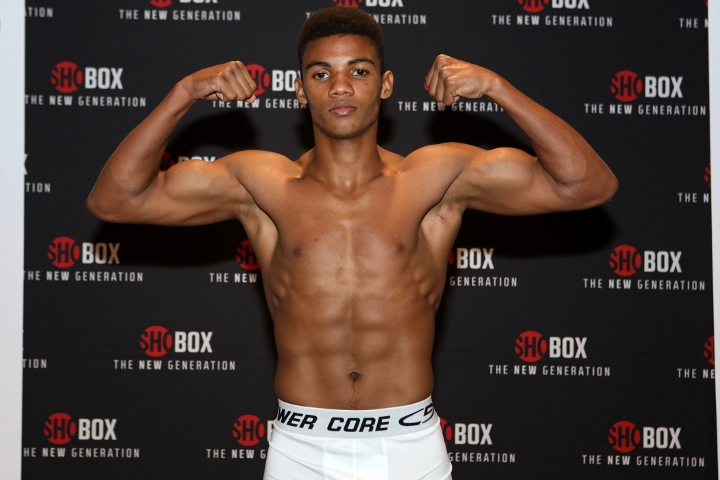 The 10-round bout will take place at Beau Rivage Resort and Casino in Biloxi, Mississippi. The fight will precede the 12-round main event between welterweight contender Yordenis Ugas and Mike Dallas Jr.

Rivera (17-0, 11 knockouts), who resides in Santo Domingo in the Dominican Republic, last fought on Sept. 21 in Bakersfield, California, stopping Jose Luis Gallegos after the fifth round. He made his U.S. debut on June 21, dropping Rene Tellez Giron en route to a unanimous decision victory.

The 21-year-old Rivera has stopped four of his last five opponents. He will be taking a significant step up in opposition with Maldonado, who has faced several top contenders and world title challengers.

In his most recent fight, on Aug. 17, Maldonado (27-4-1, 20 KOs) scored a first-round knockout over Juan Santiago in his hometown of Albuquerque, New Mexico. The 28-year-old has won his last three bouts since losing by knockout to Ismael Barroso in October 2017.

Since his pro debut in December 2009, the majority of Maldonado’s fights have taken place under the Golden Boy Promotions banner.