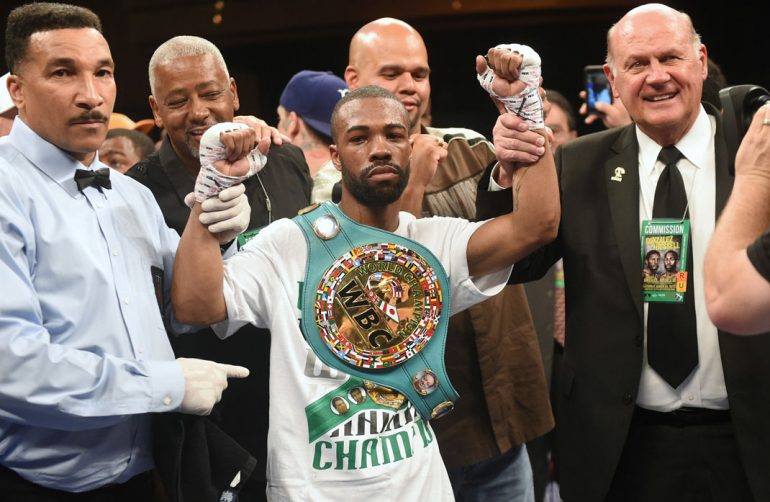 Showtime have officially announced that Gary Russell Jr. will defend his WBC featherweight title against mandatory challenger Tugstsogt Nyambayar on February 8 at the PPL Center in Allentown, Pennsylvania.

Russell, who is rated No. 2 by The Ring at 126 pounds, has made just four defenses in a nondescript title reign that began in March 2015.

The 31-year-old southpaw had hoped to secure a unification fight but was unable to work out a deal with his rival titleholders.

“I’m forced to defend my title against another mandatory challenger, and I’m going to show on February 8 why none of the other champions want to face me,” said Russell (30-1, 18 knockouts). “I’m the longest current reigning WBC champion, but no one has stepped up to the challenge I present.

“I’m going to take care of business against a strong opponent and display all my skills like I always do.”

Nyambayar, who is rated No. 6 by The Ring, was a standout amateur. Representing his homeland of Mongolia, he took silver at both the World Championships and the London 2012 Olympics.

Nyambayar, who trains in Los Angeles, is looking forward to his title opportunity and is confident of victory.

“This is going to be an exciting fight for everyone watching on February 8,” said Nyambayar (11-0, 9 KOs). “Gary Russell Jr. is a great champion who is very talented, but he has the WBC belt and that’s what I want. I’m training hard to win this fight and I will be ready for anything that Russell brings to the ring.”