Welcome to the third episode of Tourist Information: Insiders looking out and outsiders looking in from the world of boxing, a podcast hosted by noted writer Brin-Jonathan Butler. (You can listen to the first episode with Rosie Perez here, and the second episode with Ben Anderson here.) 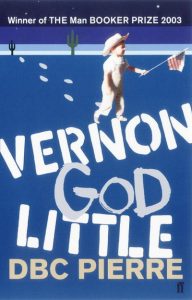 Pierre was awarded the 2003 Booker Prize for fiction for Vernon God Little, his first novel, becoming the third Australian-born author to be so honored. After winning the Whitbread First Novel Award the same year, he became the first writer to receive a Booker and a Whitbread for the same book. The book also won the Bollinger Wodehouse Everyman Prize for comic literature at the Hay Festival in 2003, and earned the author a James Joyce Award from the Literary and Historical Society of University College Dublin.

My conversation with Pierre explores why so many prominent writers have been drawn to the sweet science, the fascinating psychology behind fighters, our continued cultural addiction to boxing, and the exclusive domain of human truths exposed by sanctioned violence inside the squared circle.