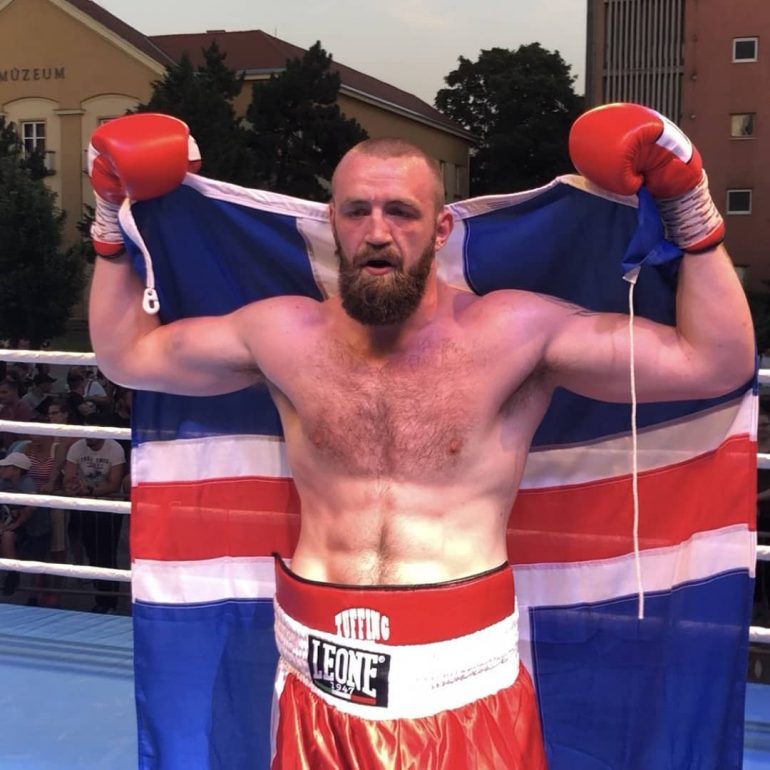 Kolbeinn Kristinsson, the only active male pro boxer in Iceland, has signed a promotional deal with Salita Promotions, and will make his U.S. debut on Jan. 17. The 6’6” 250-pound heavyweight Kristinsson (10-0, 4 knockouts) will appear in a six-rounder on the untelevised portion of the ShoBox card at the WinnaVegas Casino & Resort in Sloan, Iowa, which is headlined by Vladimir Shishkin vs. Ulises Sierra.

The 31-year-old will face Tristan James (3-3-2, 0 KOs), a local opponent from Des Moines whose three defeats have come by decision.

It’s a significant break for Kristinsson, who told The Ring last year about his struggles to stay busy in one of the few countries where laws banning professional boxing remain on the books. He has self-financed most of his career, paying his way to fly around Scandinavia for fights, and going abroad to find sparring against fighters like Filip Hrgovic and Robert Helenius. He estimates that he has spent about $50,000 advancing his career.

Salita says he first noticed Kristinsson a year ago, when he watched him training with Javan “Sugar” Hill, alongside other heavyweights like Charles Martin, Apti Davtaev and Jermaine Franklin at the Kronk Gym in Detroit, Mich.

“I was impressed with what I saw, his dedication, work ethic, size and skills. He comes from Iceland which is unique. To be serious about boxing, coming from a country that doesn’t have a rich boxing culture is impressive to me,” said Salita.

Kristinsson says that Salita’s success promoting heavyweights, including Otto Wallin, who recently gave a spirited challenge to Tyson Fury, played a role in his decision.

“I would like to fight as much as I can and keep on developing. The biggest hindrance in my development has been lack of fights,” said Kristinsson, who says he had about 40 amateur fights, 20 of which were abroad.

Kristinsson last fought in June, knocking out Gyorgy Kutasi but Boxrec has not recognized the fight, despite it being documented on video. His last recognized fight was in May of 2018, a unanimous decision win over Gennadi Mentsikainen in Finland.

“I envision myself fighting consistently and rising in level of opponents accordingly, getting my way up to a big fight sometime next year. From there, contest for the mini titles and land myself a title shot eventually. If they’d want to fight me at that point, that is.”

“The plan is to keep him busy in the gym with top fighters and in the ring. Fighting in the US, the Mecca of heavyweight boxing, is a new stage in [Kolbeinn’s] career and I am excited to be on this journey with a heavyweight from Iceland, ‘The land of Fire and Ice.’

“Will look for him to bring that one of a kind combination of opposite elements in the ring for his fights.”