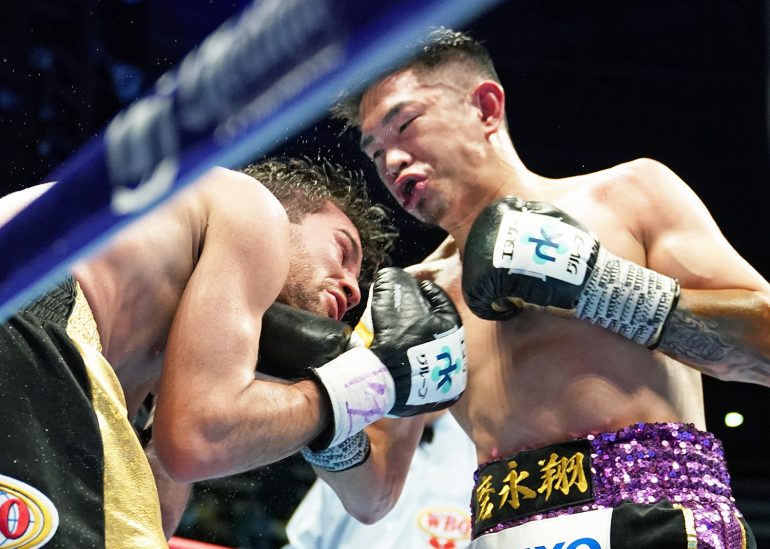 Boxer-puncher Kazuto Ioka was forced to dig deep in his first defense of the WBO junior bantamweight title but claimed a 12-round unanimous decision over mandatory challenger Jeyvier Cintron at the Ota-City General Gymnasium, Tokyo, Japan on Tuesday.

Ioka, who is currently rated No. 3 by The Ring at 115 pounds, overcame a slow start to grind out the victory.

“I feel that I was able to produce a good effort,” Ioka (25-2, 14 knockouts) told The Ring through his international manager, Taku Nagashima. “My trainer, [Ismael] Salas, told me during camp, ‘Kazuto, sometimes you can’t just win with your skills, you have to win with your heart.’ I believe I was able to experience that.”

Ioka, 30, became the first Japanese male to win world titles in four weight classes last June. His maiden defense was therefore eagerly anticipated, and he was full of praise for his Puerto Rican opponent.

“I want to give my respect to Cintron; he is a very good young fighter,” said Ioka. “His speed and technique were better than we had anticipated, and his timing was beautiful. I think being able to showcase what I worked on in camp helped me, but my commitment not to lose allowed me to press forward with no fear.

“I wish (Cintron) the very best and I have confidence that one day he will have a chance to be a great champion for the rich history of boxing in Puerto Rico.” 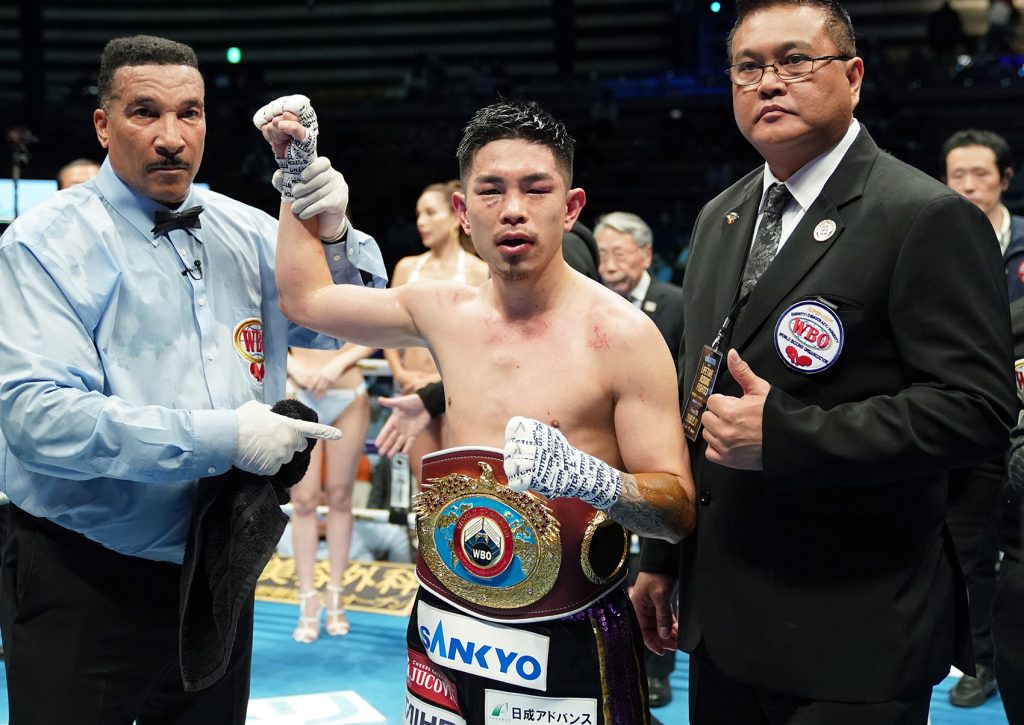 Before this bout had even taken place, there was talk of a matchup between Ioka and countryman Kosei Tanaka, who appeared on the undercard. Tanaka easily dispatched Wulan Tuolehazi in three rounds, so the hype for an all-Japanese superfight continued.

Nagashima, who works for Ioka’s management company TLAROCK, was quick to address the situation.

“Yes, there are lots of rumors,” said Nagashima. “Tanaka is the WBO flyweight champion. He has major steps to clear before that is a possibility. First, he would need to vacate his belt, and second, he would need to put himself in a mandatory position.

“As a boxing fan, if Tanaka decides to move up to junior bantamweight, I’d like to see him against (Donnie) Nietes or Cintron to earn the mandatory position. So, to me, the rumors of Tanaka moving up and immediately fighting Ioka are unrealistic at this point.”

Tanaka’s manager/promoter, Kiyoshi Hatanaka, is open to the idea but said it may not be next.

“Kosei may move up to the 115-pound class within the year,” said the former WBC junior featherweight beltholder. “This time he was very successful making weight properly, so we may defend the flyweight belt one more time.”

In any case, according to Nagashima, there are several options that Ioka would be interested in exploring.

“He has stated that he has great respect for and wants to fight the legend Roman Gonzalez, but a unification is the priority,” said the manager. “In addition, fighting in the Unites States in front of a global boxing audience is very important to him.

“Personally, I’d like him to fight the toughest fight available and that would be the great Juan Francisco Estrada [who holds The Ring Magazine and WBC titles]. Kazuto is a warrior, a modern day samurai at this point in his career. I believe he prefers to be in the toughest battle possible. I’ve already been on the phone with Tom Loeffler of 360 Boxing Promotion, our North America promoter, to seek his help in securing a unification fight for Kazuto in 2020.”