Skilled Puerto Rican boxer Jeyvier Cintron will challenge Kazuto Ioka for the WBO junior bantamweight title at the Ota-City General Gymnasium in Tokyo, a bout that will headline the now customary year-end show in Japan on Tuesday.

Cintron, who is rated No. 9 by The Ring at 115 pounds, is respectful but believes he can pull off the upset away from home.

“I think it’s a great opportunity for me, since (Ioka) is a solid, well-known boxer who made history by being the first (male) Japanese champion in four divisions,” Cintron (11-0, 5 knockouts) told The Ring through Aleudiro Rosario of PR Best Boxing Promotions. “This opportunity was presented to us and I will make the most of it against a good champion.

“I am one of those who believe that styles make fights, so we are training for everything he brings. (Ioka) has all the tools as a boxer and I have to take care of myself. But I think I also have the experience to take the victory.”

“Each fight has given me a lot of experience,” Cintron said. “The fight versus Eto was good because he is a fighter of great quality and experience, as Ioka is. We work hard since each boxer has his own style.” 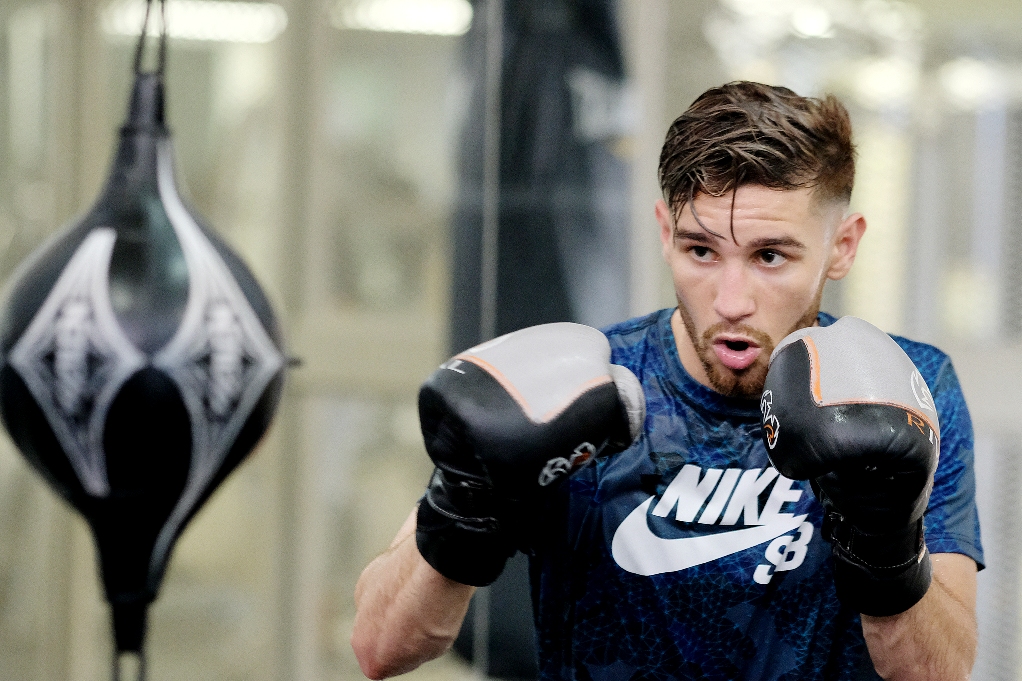 “Perrito” (Spanish for puppy) was the first Puerto Rican boxer to appear at two Olympic games (London 2012 and Rio 2016). He had over 250 amateur fights, won five national titles and boxed internationally, so the challenger isn’t unduly concerned about fighting away from home.

“I have been in many countries during my time as an amateur, but now it’s different because of the date,” Cintron said. “It’s Christmas and it’s my first time off the island on this date. But I think it’s an important date to be crowned.

“I am confident in the preparation I have done and in the tools I have. There are many who do not give me a chance to win and that has given me more motivation to work and bring that title (home).”

To prepare for his title shot, Cintron has trained at the Félix Pagán Pintor Gym in Guaynabo with his father, Javier, and former world titleholder turned trainer Iván Calderón.

The team left Puerto Rico on December 23 in order to acclimatize.

“Since my last fight I always stayed active,” Cintron explained. “We had a few days off after that fight (against Eto) and returned to the gym. We have been around for three months and we have done the work for this fight.”

Peter Rivera of PR Best Boxing feels his fighter’s pedigree will be a key to victory.

“Because of his experience as an amateur, we knew Jeyvier could fight for a title with few fights and we worked for that,” Rivera said. “Jeyvier has everything to become a champion. He has many years in this sport, has fought all over the world and has a great coach in Ivan Calderon, twice a world champion and one of the best technicians in history.”

Ioka (24-2, 14 KOs) won the WBC 105-pound strap from Kittipong Jaigrajang via fifth-round stoppage in just his seventh fight. He unified by outpointing WBA counterpart Akira Yaegashi the following year. Ioka also collected WBA belts at light flyweight and flyweight before surprisingly dropping out of the sport for 17 months in 2017. He returned and would eventually claim the WBO 115-pound title by stopping Aston Palicte. He has contested 17 world title fights in 26 pro outings.