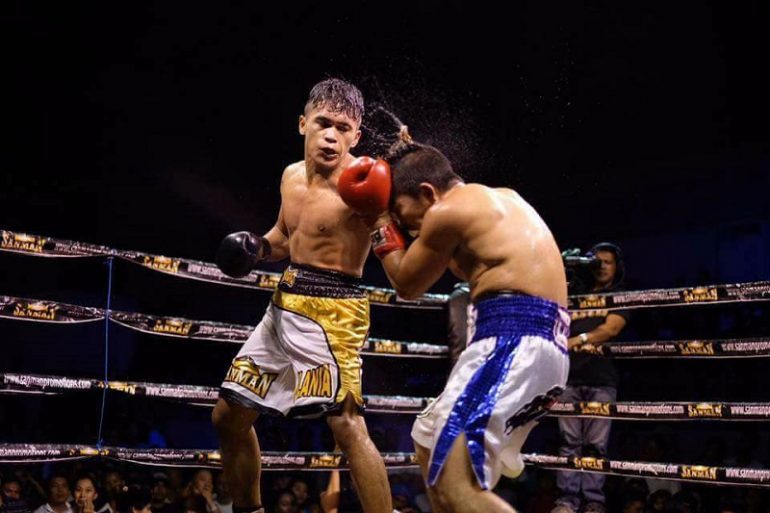 Filipino boxer Mike Plania closed a busy 2019 with his best win of the year, knocking down the previously unbeaten Giovanni Gutierrez once en route to a shutout decision victory Saturday at the Miami-Dade County Fair & Expo in Miami, Fla.

The win was the fifth of the year for Plania (22-1, 12 knockouts) of General Santos City, Philippines, whose lone defeat came in in March of 2018, when he dropped Juan Carlos Payano before losing a decision. Since then he has won eight straight.

Plania, 22, opened the fight with a knockdown from a left hook, putting Gutierrez (9-1, 6 KOs) on the seat of his pants.

“When he went down in the first I thought he won’t get up and I can finish him,” said Plania, in his native Visayan, translated by Jim Claude Manangquil, who co-promotes him with MP Promotions. “But he was in great shape. I stayed focused with the game plan of my coach.”

All three judges scored the fight 100-89, moving the junior featherweight into position for another step-up in 2020. Plania is not rated by any of the major organizations, but this fight was for a minor IBF belt, meaning that Plania is likely to be rated as a result of this fight.

“It was a good learning fight, and prepared him for top fights,” said Manangquil.

“After this win I feel like he is ready for world championship boxing.”

Gutierrez, 25, of Tipitapa, Nicaragua had been on a roll in recent months, knocking out William Encarnacion, who entered their fight at 18-0, and Eduardo Tercero, who was 7-1, in his most recent bouts.

Plania has been based in Miami for much of the year since 2017, training under coach Osmiri “Moro” Fernandez.

Plania’s stablemate John Vincent Moralde (23-3, 12 KOs) also picked up a win on the card, dropping Matias Agustin Arriagada (6-0, 3 KOs) three times before the junior lightweight contest was stopped at the 2:38 mark of the first round.

Manangquil didn’t make it to Miami as he’s currently in Yokohama, Japan as his fighter Randy Petalcorin is set to challenge Ken Shiro for the WBC junior flyweight title.