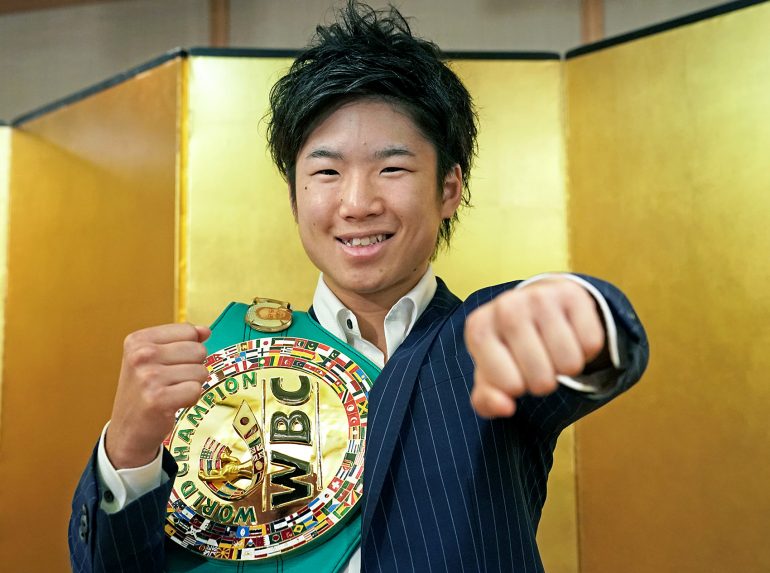 Skilled boxer-puncher Kenshiro Teraji will look to make the seventh successful defense of his WBC junior flyweight title against Randy Petalcorin as chief support to the middleweight contest between Ryota Murata and Steven Butler at the Arena, in Yokohama, next Monday.

Teraji, who is who is rated No. 1 by The Ring at 108 pounds behind champion Hiroto Kyoguchi, welcomes the opportunity to face the Filipino challenger.

“I’m happy to be fighting against Petalcorin,” Teraji (16-0, 9 knockouts) told The Ring through his promoter Takashi Misako. “I saw his fight video. He is [a] good boxer but I exceed [him in] everything.”

“The Amazing Boy” had been scheduled to face IBF counterpart Felix Alvarado in a mouth-watering unification before a bronchial issue curtailed those plans a month ago and Petalcorin agreed to step into the breach.

“It wasn’t expected,” said the 27-year-old from his training base in Tokyo. “So it’s very regrettable [we] cannot fight [the] unification bout.”

Teraji, also professionally known as “Ken Shiro,” who has grown his profile outside the ring this year, signing with sporting brand Le Coq Sportif as well as management group Commons 2, Inc., is following his team’s instructions and believes they will help him break a long-standing record.

“I listen to my trainer and trust him and decide when I can carry out his instructions and grow as a fighter.” he said. “I want to keep winning and my target is to exceed [Yoko Gushiken’s record of] 13 [world title] defenses [by a Japanese fighter].”

Misako has high hopes for Teraji-Petalcorin and would like to reschedule the unification with Alvarado.

“I think it’ll be quite [an] exciting fight,” said the promoter. “[We’ve] not spoken about that but I hope [to make the] fight next year.”

Petalcorin turned professional in 2009. He put an early career loss to now world-rated junior featherweight Marlon Tapales behind him and moved up the ladder. The now 27-year-old lost a controversial split decision to Omari Kimweri in April 2016 but got back in the win column, working his way up the IBF ratings to earn a fight with Alvarado for the vacant title in October 2018. However he was stopped by the the big-punching Nicaraguan in seven rounds. Petalcorin (31-3-1, 23 KOs) has won two fights before getting this surprise opportunity.