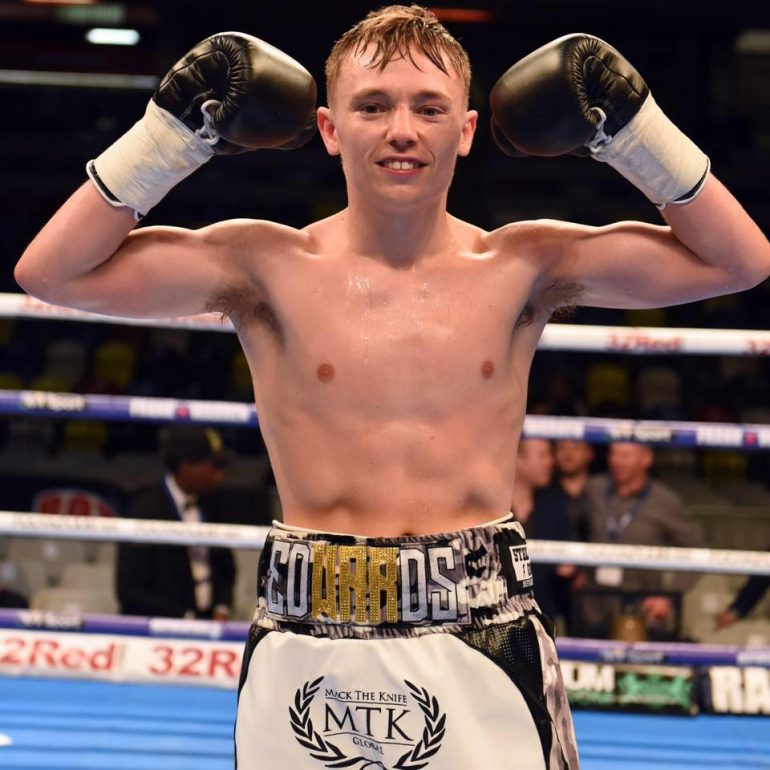 There aren’t many fighters out there who are more confident than Sunny Edwards.

It’s all ahead of him, meaning he can’t afford to slip up at the Copper Box on Frank Warren’s December 21 show.

Of course, he has no intention of that.

“He’s very humble, he’s very grateful for the opportunity and I’m grateful that he’s taken the fight to be honest as I’ve struggled massively to get British opponents,” Edwards said of his co-challenger. “I’ve been mandatory for the British for about a year and no one wants to step up, so I’m grateful to him. His body language is all negative, the way he’s been behaving, he didn’t turn up to the media workout, at the public workout he shadowboxed for a couple of minutes looking away from the crowd, it’s not really like he’s relishing the whole show side of things, but it’s unchartered territory for him. He’s not been in these positions before, so that’s understandable.

“And a lot of the media that has spoken to both of us have said not once has he said he would win, he just said it was a good opportunity and I was a great fighter. He seems to be quite defeatist. He said, ‘Sunny isn’t taking my English title off me because it’s not for that, so how can I lose?’ That seems negative to me. I know it’s been a good offer for him [financially] but it’s also a good opportunity for him, where he’s going to be live on TV and I just think he knows he’s massively up against it and he doesn’t want to say anything or do anything because everyone thought it would be a heated back and forth build up but that disappeared very quickly.

But his ambitions extend far beyond the British title. He has witnessed his brother Charlie own a WBC belt and he believes he has already faced better opposition that Braithwaite having scalped Rosendo Hugo Guaneros, Ryan Farrag and Hiram Gallardo on his unbeaten run.

“On paper he doesn’t seem that way and I don’t feel it will be in the ring,” Edwards continued. “But you never know. This is boxing. Anything can happen. I’m not underestimating him. I’ve prepared in the best of any of the camps of my career and had the longest camp of my career.”

Among others, he’s sparred Muhammad Waseem, Louis and Ben Norman and brother Charlie in preparation. He plans to pick fights at both junior bantamweight and flyweight, if that’s the best way to stay active.

“I’m not going to go stale,” he said. “I want to win multiple world titles. I’m just about to turn 24, on the first of January, and I’ve done a hell of a lot. If I come through this like I should on Saturday I’m 14-0, British champion, ranked top four in the WBO, ranked nine with the IBF, everything is going for me and that British title cements me there. There’s the potential to jump into world level in the next 12 months but this British title is a great thing where I can keep learning my trade and keep learning the business side of the trade and that’s something I struggled with earlier, when I wanted all of the fights there and then.

“I’m being guided well and they know the pace to step my career up. I saw my brother jump into a world title fight way too early, in his ninth fight, and I used that as a learning tool.”

Charlie lost that one, to John Riel Casimero, but bounced back to win a world title. Sunny is aiming to keep his record unblemished, and certainly believes it will remain that way on Saturday.

“There’s no animosity. I haven’t taken my eye off the ball for one second. This British title is something I wanted before I turned professional and now I’m finally getting my chance.”