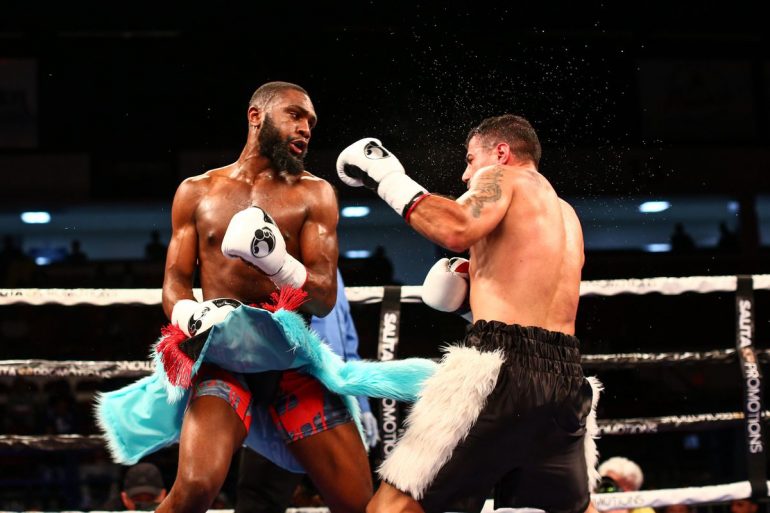 The 10-round bout will take place at the Ocean Casino Resort in Atlantic City, New Jersey. The fight will precede the main event bout between Claressa Shields and Croatia’s Ivana Habazin for two vacant world junior middleweight title belts.

Both fights, along with the opening bout between world super middleweight titleholders Alicia Napoleon and Elin Cederroos, will air live on Showtime (9 p.m. ET/ 6 p.m. PT).

Ennis (24-0, 22 knockouts), who resides in Philadelphia, battered Demian Daniel Fernandez of Argentina before stopping him in the third round on Oct. 5 in Flint, Michigan. Six weeks prior to the Fernandez fight, Ennis stopped former world lightweight title challenger Franklin Mamani after the opening round.

The 22-year-old unbeaten fighter did not fight for several months earlier this year as he is in the middle of a civil lawsuit between manager-turned-promoter Cameron Dunkin and promoter-matchmaker Chris Middendorf. He is allowed to fight while the legal issues are still being sorted out.

Ennis, who was an amateur standout before turning pro in April of 2016, has knocked out his last 14 opponents. He wants to make a statement at the expense of Eyubov.

“I’m coming to make another statement to the welterweight division and the world,” said Ennis. “I’m going to let them know that I’m here and that 2020 will be my year. I’m the future of this division and Jan. 10 is the next step in proving that.”

Eyubov (14-1-1, 12 KOs), who is originally from Kazakhstan and now resides in Houston, Texas, last fought on June 8, losing to unbeaten welterweight Brian Ceballo by unanimous decision in New York City.

The 33-year-old is winless in his last two bouts, including a majority-decision draw against Jose Luis Rodriguez on Feb. 15, but Eyubov believes the level of opposition he has faced will be the deciding factor against Ennis.

“On Jan. 10, Jaron Ennis is going to be in the hardest fight of his life,” said Eyubov, who is promoted by Dmitriy Salita. “He has never faced anyone with my strength, skills, and will to win. ‘Bakha Bullet’ will shoot to do damage in Atlantic City and hand Ennis his first loss.”