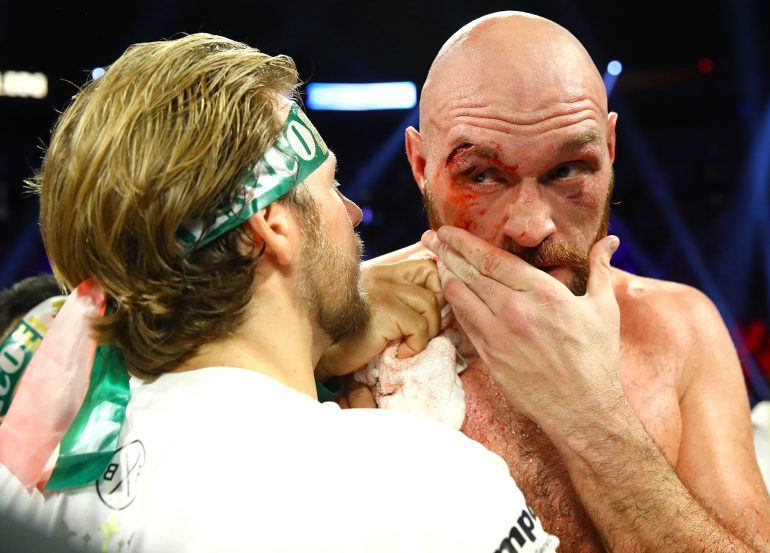 In what will come as a surprise to many within the boxing world, former heavyweight champion Tyson Fury and trainer Ben Davison have elected to part ways.

Over the past two years, Davison has produced near-miracle work with Fury and his contribution cannot be understated. Beginning in late 2017, the 27-year-old coach took a 400-pound, inactive version of the Englishman, who was suffering from mental health problems, and whipped him into excellent fighting shape at roughly 260 pounds.

Two tune-up bouts later, Fury would challenge WBC titleholder Deontay Wilder and for many he was robbed of glory by a contentious split decision draw in December 2018. In recognition of his work, Davison received a Trainer of the Year nomination from The Ring.

“Tyson and myself had to both make decisions for our careers, which resulted in our working relationship coming to an end,” said Davison via his official Twitter account, “HOWEVER, we remain friends and he will SMASH the DOSSER!!”

The “DOSSER” for the uninitiated is Wilder.

Fury, who is scheduled to face Wilder in a rematch on February 22, will now work with Sugar Hill, nephew of Hall of Fame trainer Emmanuel Steward. Hill cut his teeth under Steward at the Kronk gym in Detroit. He has worked with former light heavyweight champion Adonis Stevenson and former IBF heavyweight titleholder Charles Martin, among others.

“Getting the old team back up and running, kronksugarhill,” said Fury, who trained briefly at the famed gym in 2010. “LET THE GAMES BEGIN.”