It’s a bad idea if Teofimo Lopez is looking past him, says Richard Commey 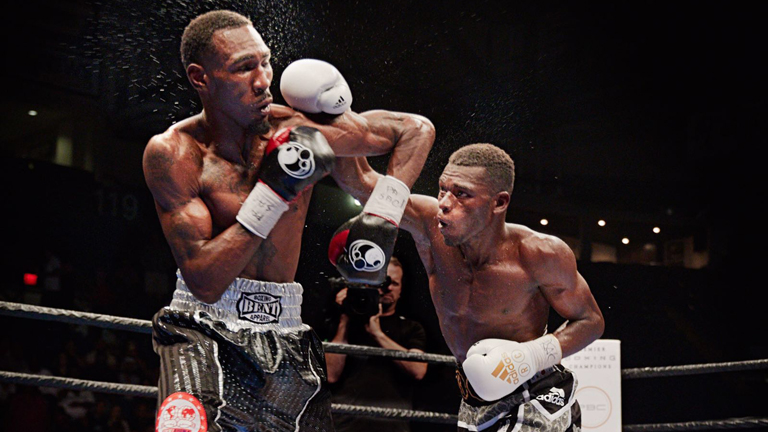 Richard Commey might be the last person in the world you could imagine hitting someone in the face for a living. The soft-spoken lightweight from Ghana is a God-fearing man who you can easily imagine working as a missionary building water filters in a Third World country.

But when it’s time to fight, Commey can find that split-personality, becoming the menacing terror whose job it is to erase who’s opposite him in the ring.

The 5-foot-8 IBF lightweight titlist, who’s rated No. 1 by The Ring behind world champion Vasiliy Lomachenko, will be faced with a daunting challenge this Saturday. He’ll be making his second title defense when he meets Teofimo Lopez (14-0, 11 knockouts) at Madison Square Garden as the co-feature under the title defense of WBO welterweight beltholder Terence Crawford (35-0, 26 KOs) against Lithuanian Egidijus Kavaliauskas (21-0-1, 17 KOs) on ESPN.

“The switch will turn once I get in the ring, and coming from where I came from, in Ghana, that motivates me,” Commey said. “People don’t understand that, because when I’m in the ring, it’s not about me, it’s about fighting for Ghana and making a better life for me and my family—and you do that by winning. This is the only thing God gave me and it’s my job. Every time I fight, I want to put a smile on people’s faces. I don’t like to say too much. I commit myself to my sport.”

Commey (29-2, 26 KOs) stressed he learned a great deal from consecutive losses to Robert Easter Jr., in Reading, Pa., and then Denis Shafikov in Moscow in 2016. He wasn’t about to back away from who he is and what he is after the experience. He didn’t shutter himself in his home. He didn’t shut off his family and those closest to him. He did what you would expect—he underwent a lot of self-reflection and what he could do better.

“I did learn something from the losses. I threw too many punches. I punched myself out. I learned to back off and concentrate on winning rounds, not putting my foot down on the gas all of the time. I wasted a lot of energy in those fights. I worked more on my conditioning and I would say that I’m a different fighter than I was three years ago.”

What irritates Commey, 32, is he feels he’s being overlooked.

He realizes that Lopez may be the A-side of this confrontation, though he will be the one wearing the title belt.

“That’s part of life,” Commey said. “Things aren’t always fair. But look at my track record and what I’ve done in the ring. God gave me this opportunity and I don’t really worry about what other people think or say. I know in the end that I’ll be the winner.

“Lopez hasn’t really been tested. The question he is going to face is what will he do if he can’t knock me out? When I fight, I don’t look to knock anyone out. I look to go the full 12 rounds. I don’t think (Lopez) has a Plan B. I believe I’ll win because he won’t know what to do. This is his biggest fight. I’ve been in big fights.

“I know he’s a tough fighter. But I’ll put it on my life just to retain my title. It means that much to me. What will he do when someone punches back? I’ll win. He doesn’t do anything that hurt me. My weight is right on point and I’m doing the things I’m supposed to do. I prayer we both come out with no issues, which is very important to me.