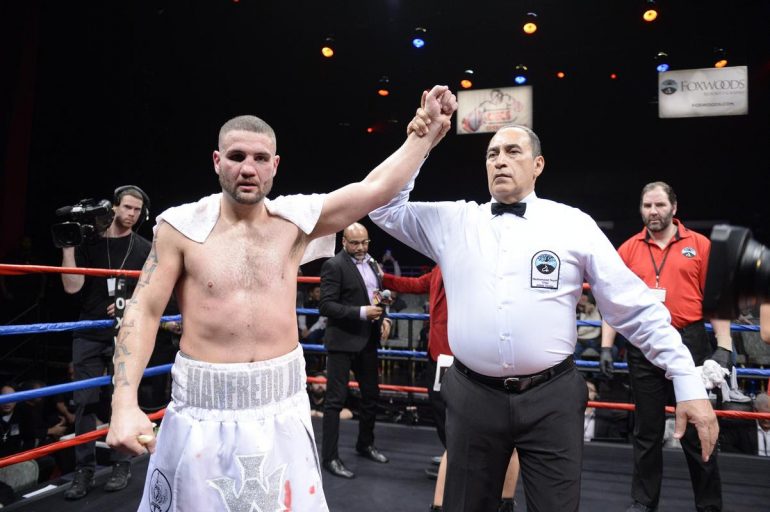 Photo by Will Paul/CES
08
Dec
by Francisco Salazar

Manfredo, who resides in Providence, R.I., fought just two weeks ago, stopping Melvin Russell in 79 seconds of the opening round. That was Manfredo’s first fight since fighting to a split decision draw in May of 2016. 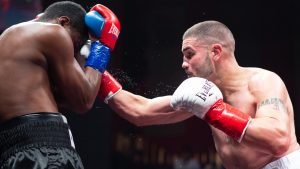 Nunez, who is originally from Colombia and now resides in Miami, Fla., entered Saturday’s fight having won his previous two fights against mediocre opposition.

The 39-year-old Manfredo was the more effective fighter from the opening bell, landing at will as Nunez spent more time defending himself. Any offense Nunez tried to muster was quickly negated as Manfredo quickly put him on the defensive.

Nunez was never hurt, but he was battered during the fourth round. Manfredo landed at will on a defenseless Nunez, prompting Nunez’s corner to throw in the towel, forcing Mike Ortega to stop the fight at 1:39.

Manfredo is best known for participating in the first season of the reality-based series, ‘The Contender’ and for losing by knockout to then-WBC middleweight titleholder Julio Cesar Chavez in November of 2011.

Junior featherweight Yeuri Andujar of the Dominican Republic defeated previously-unbeaten Nathan Martinez (6-1, 2 KOs) of New Britain, Connecticut by unanimous decision. Scores were 58-56, 58-56, and 59-55 for Andujar, who improves to 5-2, 3 KOs.

Junior lightweight Irvin Gonzalez (13-2, 10 KOs) of Worcester, Massachusetts stopped Omar Ethridge after the end of the opening round. Ethridge (3-3-1, 3 KOs), who resides in East Orange, North Carolina, has lost his last two bouts.

The card was promoted by Jimmy Burchfield’s CES Boxing and was streamed live on UFC Fight Pass.