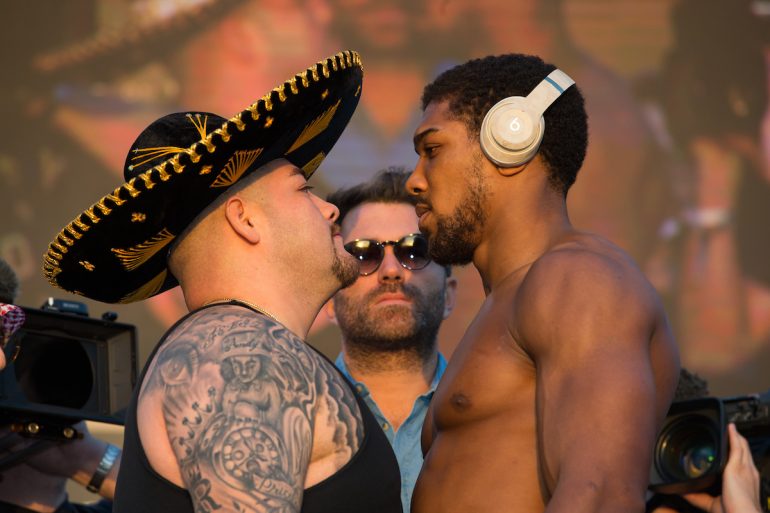 Did the numbers surprise you?

Unified heavyweight titleholder Andy Ruiz and British superstar Anthony Joshua have weighed in ahead of their money-spinning rematch, which takes place on Saturday in Diriyah, Saudi Arabia, and it was Ruiz’s official weight that raised some eyebrows.

Joshua, who is rated No. 4 by The Ring at heavyweight, came in at a sleek 237 pounds, the lightest the former Olympic champion has weighed in at since 2014. The 30-year-old power-puncher, as always, looked to be in excellent shape and is clearly built for speed and movement.

Ruiz, who is rated No. 3 by The Ring, came in at a gargantuan 283.7 pounds, which is the heaviest he’s been since his second pro outing in 2009. The reaction among those in attendance was one of shock. 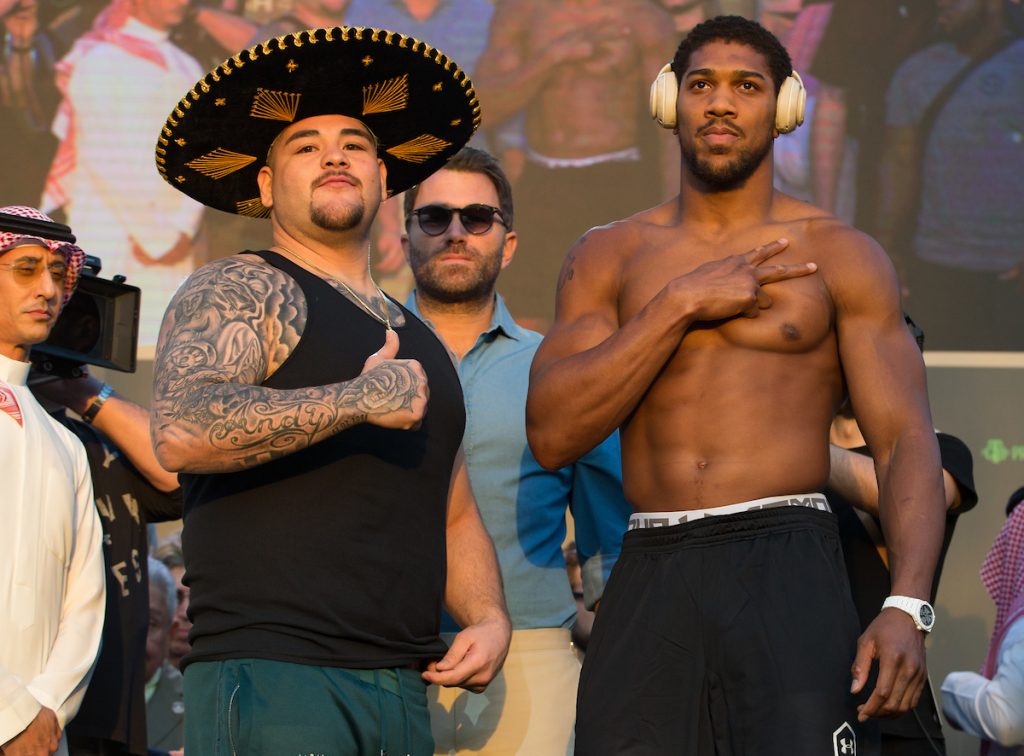 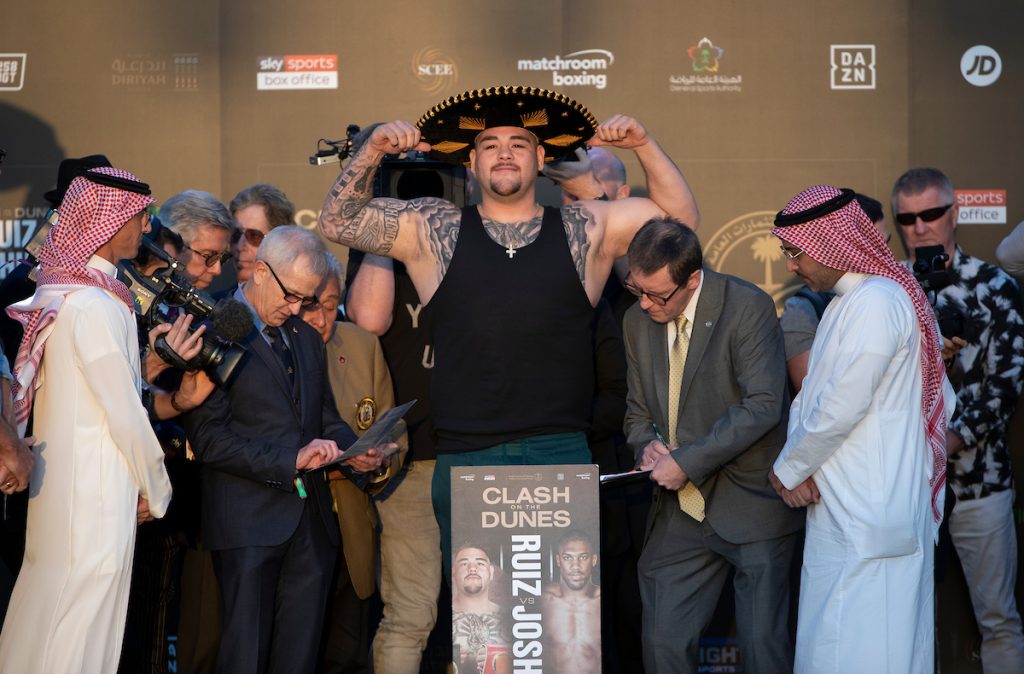 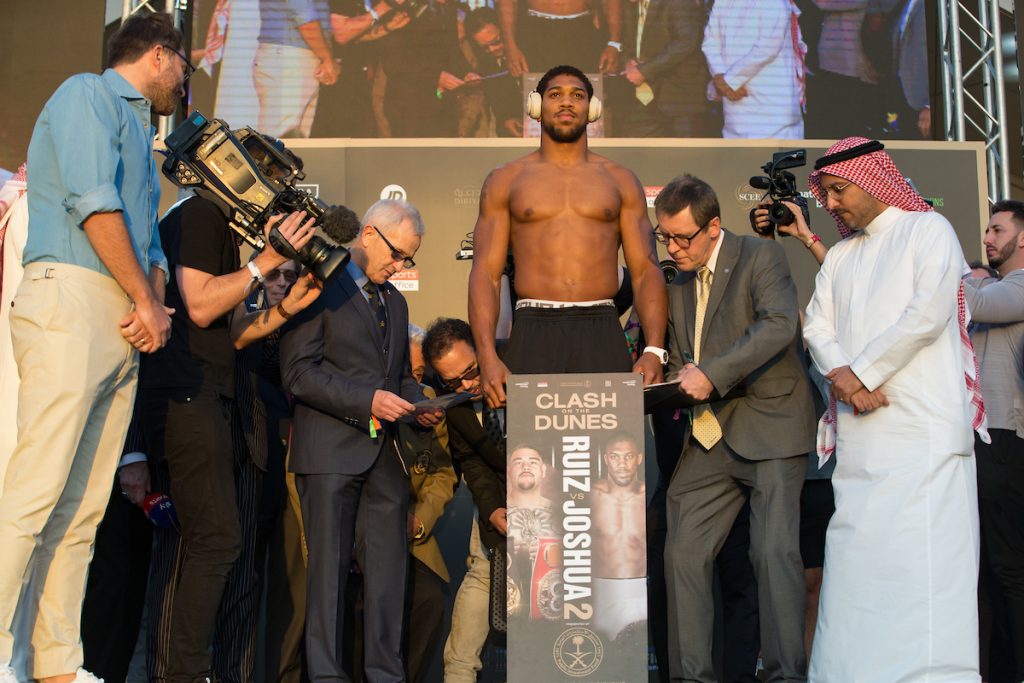 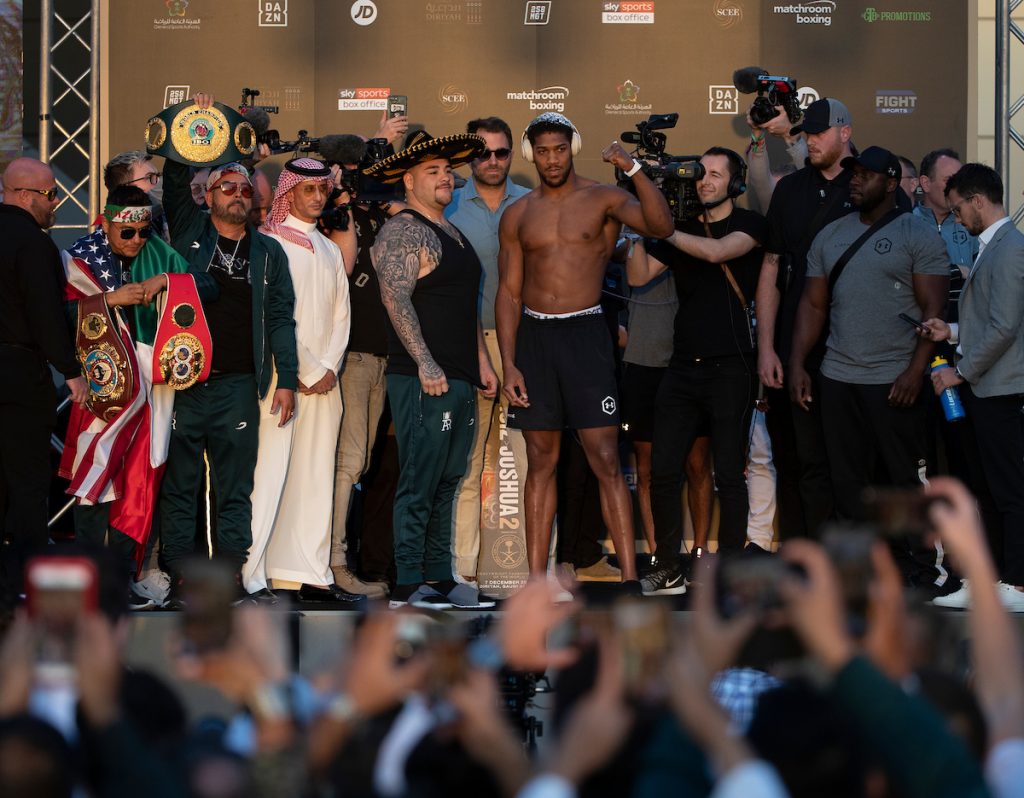