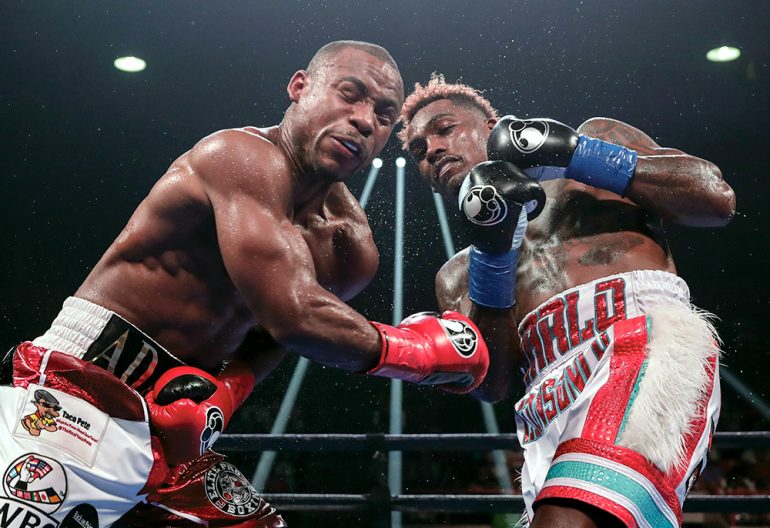 Jermall Charlo blasts Brandon Adams with an uppercut en route to a unanimous decision victory, which allowed him to hold his No. 5 spot in the middleweight rankings. (Photo by Tim Warner/Getty Images)
03
Dec
by Anson Wainwright

Jermall Charlo, the reigning WBC middleweight titleholder, will make his second defense against Dennis Hogan at the Barclays Center in Brooklyn on Saturday.

Charlo, who is rated No. 4 by The Ring at 160 pounds, always wanted to be a fighter and grew up reading The Bible of Boxing.

“It was so funny because I thought I needed books, but I needed Ring Magazine,” Charlo said. “My dad made us focus and study great fighters, that’s the way he did it.

“It was almost like an encyclopedia for me and my brother (junior middleweight contender Jermell), to understand what was going on and who won the fights. My dad wanted us to know who was next and he would go to The Ring Magazine to do it.”

“We would be at the Ringside tournament,” said Charlo. “We didn’t fly, my dad drove us to Kansas City from Texas and we would look at The Ring Magazine the whole time.”

Ultimately, their father used the magazine as a motivator and it worked.

“Dad is a big boxing fan but also a big boxing teacher,” Charlo told The Ring. “By giving us these magazines, it showed us ‘one day you can be here.’ (The magazine) used to have the rankings and pictures of the champions.

“To see my name in the magazine, oh man, it’s a crazy, amazing feeling. I’m like, ‘No way.’ Seeing my name next to the greats and people in my division: Canelo (Alvarez), (Gennadiy) Golovkin . . . they see Charlo’s next.” 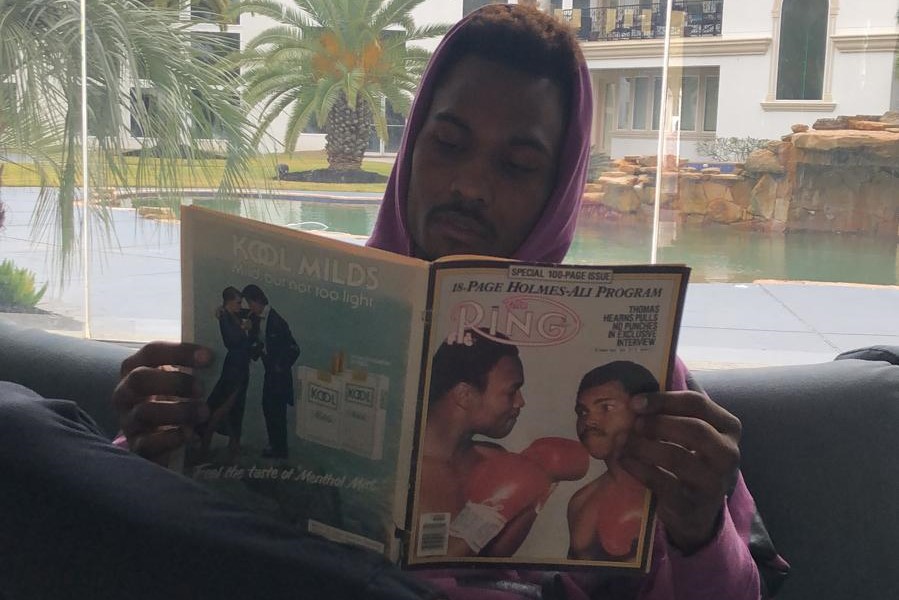 The 29-year-old widely outpointed the most recent winner of The Contender series, Brandon Adams, to retain his title in a homecoming fight back in June.

“Every fight is a tough fight,” said Charlo. “I’m going into this fight well prepared. Mentally I want to do better than the last fight. Camp is going great right now. I want to see how it plays out.

“Some people think (Hogan) is ready, some people don’t think he’s ready. I make the best adjustments in boxing, so we’ll get a chance to figure it once I get in there.”

Victory would help position Charlo for a fight against one of the other big names in a white-hot middleweight division.

“The year 2020 is big,” he said. “I want to remain champion and I’m going to work my tail off to stay champion. People just have to stay patient with me, and sooner or later they’ll get the chance to see those big fights I’ve always dreamed of.”

And if happens Charlo would be one step closer to a childhood dream of being on the cover of Ring Magazine.

“Hopefully, I’d love it,” said the unbeaten titleholder with excitement. “That would be awesome, that would go to the grave with me.”